Pop culture has come up with many suggestions, which have been broadly expressed through popular music over the past few decades...

Tina Turner lamented, "What's love, but a second hand emotion"
Pat Benatar declared, "Love is a battlefield"
Bette Midler suggested, "Some say love, is a river, that drowns the tender reed"... among other things!
In the movie Frozen, Hans and Anna shared the view that, "Love is an open door"
Alannah Myles decided, "Love is what you want it to be" 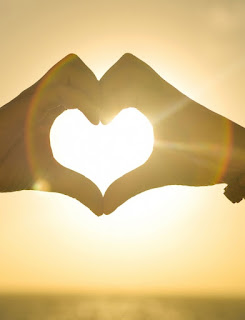 Mariah Carey claimed, "I had a vision of love"
McFly celebrated, "If this is love, then love is easy"

Foreigner had no idea, asking, "I want to know what love is"
Neither did Haddaway who repeatedly asked the question,
"What is love?"

Who gets to define love?
What are the parameters for love?
Should there be any limitations to love?

If the tone of current social dialogue is any indicator, there seems to be a resurgence of the 60's free love social movement where all forms of love are accepted.  This liberated view of love has been recently amplified by the following two popular phrases making their rounds through social and mainstream media:

Discover the Magic of Venice in Novem…
Canadian Online Casinos at its Best
Homemade No Churn Raspberry Ice Cream
"Love is love."
"Love is never wrong."

On the surface, these two statements present an all inclusive view of love and define love as something that cannot be contained by cultural, religious or social values.  This is an ideology that suggests love should transcend the complex values that make up a diverse society. Yet, the truth is, these statements contain their own underlying values asserting the idea that love is relative and should be devoid of judgement. In other words, love in any form is acceptable because "love is love" and "love is never wrong."
Suspending my own values for a moment, such a view of love could only really work in an Utopian society where human beings consistently exercise their freedom to express unconstrained love without violating the freedom of others to do the same.  Of course, such a society doesn't exist!  In direct contrast to this Utopian worldview is a society where we don't need to look too far beyond our own biases to see where an unconstrained view of love can lead.  I'll return to that point in a moment. Here lies one of many problems with this view of love.  When what seems or feels right for me conflicts with what seems or feels right for you, neither party has the right to inhibit the other within this framework of thinking, because my view of love is as valid as yours.  Apply this line of thought within a community where what seems or feels right causes deep divisions or alternatively finds enough common ground and the definition and boundaries surrounding love becomes a very fluid and messy space.  Given the complexity and diversity of humankind, to say that "love is love" and "love is never wrong" with this understanding is naive at best and dangerous at worst.

Back to where this may lead.  The pathway for a "love is love" and "love is never wrong" philosophy is completely subject to individual morality which can lead to expressions of love that stray far from previously held values, bringing what was once considered taboo into the realm of acceptability. Earlier, I looked to popular music to illustrate diverse definitions of love, now let's take a brief look at some popular television programs to illustrate this point about the direction of where unconstrained love has actually taken us already...

Big Love (Drama):  The story of a polygamist and his relationship with his three wives.
Modern Family (Comedy, Romance):  Three different, but related families depicting a gay relationship, blended family, and older man younger woman relationship.
Dating Naked (Reality TV):  A reality series in which a man and a woman date two different naked suitors on a remote exotic location.
Married at First Sight (Reality TV):  A reality show that follows singles yearning for a life-long partnership as they agree to a provocative proposal: getting legally married to a stranger the moment they first meet.
Seven Year Switch (Reality TV):  Four married couples try to save their marriages by entering into a social experiment where the four couples switch spouses and live with another participants spouse for two weeks as husband and wife.
The L Word (Drama, Romance):  Follows the lives and loves of a small, close-knit group of lesbians living in Los Angeles as well as the friends and family members that either support or loathe them.
Skins (Drama):  The story of a group of British teens who are trying to grow up and find love and happiness despite questionable parenting and teachers who want more to be friends (and lovers) rather than authority figures.
Games of Thrones (Adventure, Drama, Fantasy):  Depicts the incestuous relationship between brother and sister twins in the mythical continent of Westeros, where several powerful families fight for control of the Seven Kingdoms.
Sex and the City (Comedy, Drama, Romance):  Four female New Yorkers gossip about their sex lives (or lack thereof) and find new ways to deal with being a woman in the '90s.

The degree of controversy surrounding the diverse expressions of love represented in this small selection of television programs diminishes the further down the road of relative morality society travels. Follow this journey far enough to its logical conclusion and there will no longer be any limits to what love means and how it is manifested.  This presents society with a paradoxical dilemma. How then does society respond to issues like arranged marriages?  On what basis can society judge pornography or prostitution as exploitation of consenting women?  How can a society legislate against incestuous marriages while advocating to legalise same-sex marriages?  Who can really say that polygamy is morally inferior to monogamy?  Before you dismiss this line of inquiry as pushing the law of logical equivalence too far, I dare you to have a frank conversation with a group of teenagers about the acceptability of the themes presented in these television programs to see that I have haven't ventured very far down that pathway at all. And in case you want to counter my argument with this is not 'real' love, then my point has been well made.

If 'love is love' and 'love is never wrong', society has no solid foundation upon which to determine what is an accurate definition or appropriate expression of love other than the moral judgement of the dominant culture. It doesn't take a history major or a sociology and anthropology degree to see how well that has served humanity! So, again I ask...

Who gets to define love?
What are the parameters for love?
Should there be any limitations to love?

Based upon this biblical foundation for human relationships, which has remained unchanged from Creation to the early Church throughout the entire narrative of Scripture, we are better positioned to respond to these questions about love because we have a point of reference that establishes God as the Creator and the ultimate source of authority to set the pattern and parameters for love.

"Who gets to define love?"
The answer is God, the Creator of humankind, "for love comes from God" (1 John 4:7) and "we have come to know and to believe the love that God has for us [because] God is love... (1 John 4:16). Furthermore, "This is how God showed his love among us: He sent his one and only Son into the world that we might live through him" (1 John 4:9), so given that "in Christ all the fullness of the Deity lives in bodily form" (Colossians 2:9), it is through the life, teaching and ministry of Jesus Christ that love is both defined and demonstrated.

"Should there be any limitations to love?"
Having established that 'love comes from God' and love is the context for the two 'greatest commandments', it stands to reason that any definition or expression of love that does not align with God's character or violates God's commandments, as personified by Jesus Christ, falls outside the biblical framework for love.  These limits have been revealed by God in Scripture, which "is foundational for believers in every generation in that it provides the interpretive framework for the Christian community" (Stanley Grenz).

Building on this foundation, the Apostle Paul eloquently articulated the biblical pattern and parameters for love in his letter to the Corinthian church to address a number of issues that reflected their cultural biases in the way they related to God and each other. Note how he prefaced his explanation of love in their particular context...

Paul was not ambiguous in presenting an alternative framework for love that dismissed any hint of a "love is love" or "love is never wrong" kind of mindset within his audience.

"Love is patient, love is kind.
It does not envy, it does not boast, it is not proud.
It does not dishonour others, it is not self-seeking, it is not easily angered, it keeps no record of wrongs.
Love does not delight in evil but rejoices with the truth.
It always protects, always trusts, always hopes, always perseveres.
Love never fails."

"And now these three remain: faith, hope and love. But the greatest of these is love." (1 Corinthians 13)

As an 'interpretive framework', Scripture provides a consistent point of reference to understand the depth and breadth of God's love and how He intended His creation to experience and express His love within a constantly changing society.  Whether or not you embrace this biblical framework for love is actually not the point of this post.  The purpose of this post is to invite you to engage with this biblical framework to stimulate a rethink of the implications of an unconstrained view of love in any relational context and critically examine how that can play out among people who insist on "doing what is right in their own eyes" (Judges 17:6).

The alternative worldview I've presented reframes the phrases under discussion with a belief that "love comes from God" and He sets the pattern and parameters for love.

As a postscript, I wonder if you could imagine for a moment how different the world would be if we had the humility to surrender "what is right in [our] own eyes" (Judges 17:6) and the faith to submit to the Creator of humankind who declared, “My thoughts are not your thoughts, neither are your ways my ways” (Isaiah 55:8-9).  Imagine if we adopted a biblical framework for love that "is not self-seeking" but instead pursues "the most excellent way" as declared by Jesus (Matthew 22:37-40) and defined by Paul (1 Corinthians 13).  Imagine if we actually believed that "God is love" and "God is never wrong" and filtered all of our relationships through His pattern and parameters for love.  Jesus not only imagined such a reality but incarnated it through a counter-cultural and kingdom oriented paradigm (Matthew 5-7).