2020 Elections and The Gospel of Jesus Christ 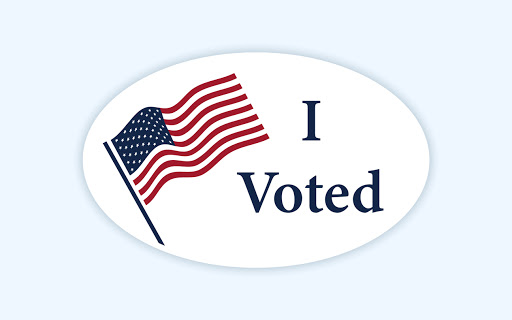 I am a minister of the gospel of Jesus Christ. Why am I writing a column on the 2020 election? Good question. That is precisely why. You will notice that there is no political candidate or party written here. That is intentional. I write, not from a political or legal perspective, but as a preacher of God’s Word.

Unless you live in an extremely disconnected world, I assume you are fully aware the presidential Election is still being contested. Have you had a chance to dig into the allegations being made? Large numbers of voters casted illegal ballots in the name of dead citizens. Significant error rates are shown in computerized voting systems. Elected officials made alarming and illegal changes to statewide election laws that violated the U.S. or their own state’s constitution.

These are just three of the alleged election crimes. There are many more, and investigators have video, first hand witness accounts, images, documents and more as evidence.

I realize there are readers that have strong opinions on both sides of this issue. I encourage all of us to be a seeker of truth, regardless of our positions.

These alleged crimes are violations of God’s law, which supersedes our U.S. or state constitutions. Lying, stealing, deceit, manipulation and evil planning all lay at the root. Every incident fell short of God’s holy standard. These are acts of disobedience and condemned by Him.

God has strong words about lying, “all liars, their portion will be in the lake that burns with fire and sulfur, which is the second death” (Revelation 21:8).And those who steal equally come under divine judgment, “Thieves . . . will [not] inherit the kingdom of God” (I Corinthians 6:10).

To remain silent and say nothing, or give approval to those who engage in lying, stealing and deceit, is akin to tolerating evil. God will condemn us as a church and nation unless we reject sin and call for repentance, instead of justifying it for a good cause.

Read these words, written to a local church that was tolerating evil, “It is actually reported that there is sexual immorality among you, and of a kind that is not tolerated even among pagans, for a man has his father's wife. And you are arrogant! Ought you not rather to mourn?” (1 Corinthians 5:1-2)

If indeed these alleged voting crimes did take place, and we see them but choose to remain uninformed and dismissive, it will have devastating consequences for us in the future as a church and nation. How can God hear and answer our prayers, if we turn a blind eye to that which makes Him angry? Why should He come to our aide when our lips cry to Him for help, but our hearts accept what is evil?

The cross of Jesus is both a symbol of justice and mercy. On the justice side, Jesus points to our disobedience. It hurts and is offensive. The offense is to humble us that we might more clearly see His mercy. For through the cross, our sins can be washed away. The shame and guilt can be lifted. As an individual, a family and even a nation, we are never without hope because Christ has risen. However, if we are led astray, refusing to seek the truth and allow evil to dwell without objection, then the hope of the cross becomes our condemnation.

A prayer for our nation - “Lord God, may the people of our nation not see candidates or political parties, but You, high and lifted up. Open our eyes to see truth and not be deceived. Move upon our hearts not to protest, but to humble ourselves before Your throne. Move us to pray and fast for our nation. Only You can save us. In Jesus Name. Amen.”

Cup and handle failed, what now?
Batman vs The Predator I An fine exam…
Emerging Trends In Sustainable Home C…
With GiftstoIndia24x7.com, this Raksh…
How and Why America Was Hit So Hard B…

2020 Elections and The Gospel of Jesus Christ