Graces Wins When You Lose

This is a guest post by Jake Doberenz who is a student, teacher, writer, minister, and president of a Christian creative media company called Theophany Media. He received a bachelors in Bible at Oklahoma Christian University and is currently working on a Masters of Theological Studies at the same school. An eclectic writer and creative, you can see more of his works on Jake Doberenz’s Personal Site. He can also find him on Twitter. If you are interested in writing a post for us, visit our Guest Post page. You can also view other guest posts by clicking here.

4 Things You Should Know Before You M…
The Spring of Khosrow Carpet
Four Things Jesus Says About a Discip…
Best Story-Rich Games on PC: November…
How to Receive Credit Card Payments … 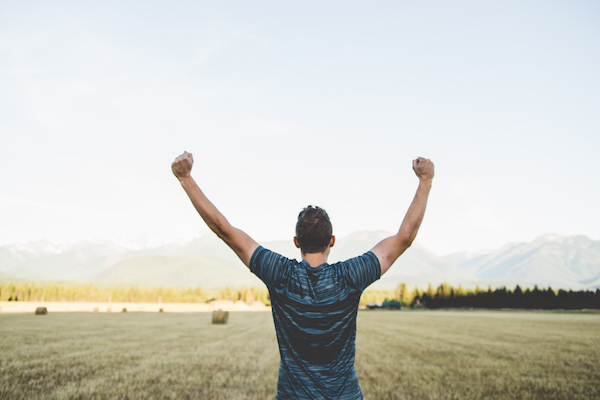 Sometimes you can still hear Matthew West’s hit song “Grace Wins” plays periodically on Christian radio stations. Not only is it very catchy, but it reveals deep theological truths that we should not gloss over when singing along to the radio and playing steering-wheel drums. Grace and its triumph over evil in our lives, is a central theme of the New Testament—and it deserves some attention.

“Grace” has become a popular religious term in our modern day. Sometimes, though the meaning gets lost in overuse. Occasionally it gets confused with “forgiveness.” But forgiveness is only one half of what grace is.

In New Testament times, grace was an economic word and not a religious word. Grace described the relationship between a well-off wealthy person and a poorer person stuck in their social class. Grace means literally “gift” or “favor.” It describes both what the wealthy person (the “patron”) gives the poor person (the “client”)—money or resources to run a project—and what the client gives the patron. Patrons don’t request anything in return, but typically the clients show great honor to the patron for the support.

The New Testament writers, especially Paul, took this term and applied it to God. God helps us out when we are in in a spot where we don’t have the ability to do much. Particularly in the area of salvation, God provides us the free gift of grace, his favor. In turn, this gift transforms our lives. We aren’t the same.

We didn’t do anything to deserve the gift. Nor can we ever actually pay it off. Just like a rich patron helping out a poor client—that poor person will never be able to make enough to pay the patron. Similarly, though humans mess up and sin, and can never be the perfect people that God desires and deserves, we still helps us out by giving us grace. Illustrating the idea of grace, Romans 5:8 says “But God demonstrates his own love for us in this: While we were still sinners, Christ died for us.”

God doesn’t give us his favor because we are perfect—he gives it in spite of our imperfections. Even with our addictions, anger, greed, lusts, and selfishness, our Heavenly Father chooses to work in our lives. He helps us overcome. He gifts us with salvation we don’t deserve. That is what grace is.

You might be “losing” at life. If you can’t control the addiction, don’t seem to be able to shake the anger, or find yourself hurting people who love you, then you’ve lost. Satan’s been able to inflict some damage. However, with God on your side you don’t have to keep on losing. God can help you through the worst times in life.

Praise the Lord, because there is nothing we can do that’s so bad that it will separate us from Christ’s love and grace. Instead we are encouraged to come near to God, and not run away fearful of his judgement. “Let us then approach God’s throne of grace with confidence, so that we may receive mercy and find grace to help us in our time of need.” (Hebrews 4:16)

Grace wins, even if you are losing at your life. The grace of God will always win in the end.

The post Graces Wins When You Lose appeared first on Before The Cross.

Graces Wins When You Lose

Subscribe to Before The Cross | Glorifying God By Sharing The L