Positioned For A Miracle – Part 2 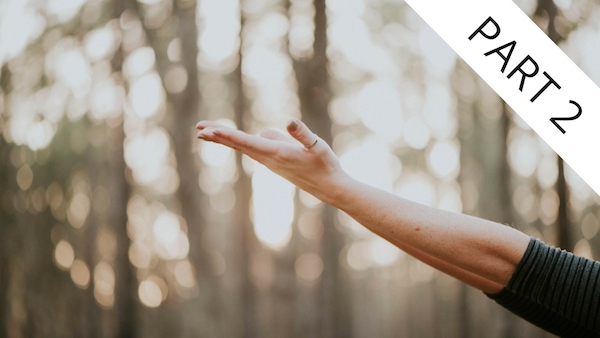 In the first post of this series, we began diving into my word for 2017 – MIRACLES and some things the Lord spoke to my heart over the course of the year as I paid closer attention to his activity in and around me. We established the foundation that everything God does and does not do is solely for His glory and our good and from there began breaking down the different kinds of miracles that we read about in Scripture and experience today. I suggested that there are two main “categories” of miracles – Unexpected and Expected – and from there stem five sub-categories – Nature, Healing, Protection, Provision, and Salvation/Spiritual. We then unpacked Unexpected Miracles, “those events that occur with little to no warning, and perhaps even without your knowledge, that you may or may not have ever even prayed for” and from there discussed some examples.

So, now let’s dive into the realm of Expected Miracles. What sets these apart from the stories we discussed in the first post is that these, I believe, are God’s answer to that long-suffering, enduring hope of believers. Whether it’s a few hours or many years, asking God for a miracle and fully expecting Him to act will always lead to a supercharge of faith when that answer does finally come. So let’s walk through some examples of these special moves of God.

NATURE: The book of Exodus is chalk full of miracles where God defied and interrupted nature to show His power. From the ten plagues (Exodus 7-11) to the parting of the Red Sea (Exodus 14), the Lord paved the way for the deliverance of His people in ways that, while they boggled the minds of the Egyptians, just confirmed what Moses and the Israelites already knew to be true – that theirs is the only true God. Even today we see big and small things occur in nature that really just shouldn’t happen. It might not be as staggering as the sun standing still like it did for Joshua (Joshua 10) or fire coming from heaven at Elijah’s behest (2 Kings 1); but when a womb deemed barren by science births new life after years of prayer or a town once in the worst stages of drought is forced to open its spillways after months of pleading to the Lord for rain, I’m inclined to believe that He still delights in asking the laws of nature to move out of His way for a moment.

HEALING: I love the stories in God’s word where we read about people who had such strong and deep faith in His power that they were certain He could and would heal them. Take the woman with the issue of blood who was healed by simply touching the hem of Jesus’ robe (Mark 5), or the four men with the paralyzed man (Luke 5). They were so expectant that Jesus would heal their friend, they went to great lengths to lower him into the room where Jesus was teaching. I haven’t gotten to be personally “involved” in many miraculous healings, but what few I have witnessed served only to strengthen and build my own personal faith. Just a little over a year ago I got to witness a friend receive healing from over 20 years of suffering with Lyme disease after several of us laid hands and prayed over her fully believing that the Lord would hear our prayers.

PROTECTION: The story of the Exodus not only holds tons of stories of miracles within nature, but the means by which the Lord protected His chosen people over and over again are astounding. He made sure baby Moses survived floating down the river in a basket and landed in the arms of Pharaoh’s daughter (Exodus 2), He saw to it that every last Israelite made it across the Red Sea before wiping out the Egyptian army (Exodus 14), and so on and so on. We also read about the Lord protecting Shadrach, Meshach, and Abed-nego in the fiery furnace (Daniel 3), as well as Daniel in the lion’s den (Daniel 6). I can think of several cases in the recent past where the Lord has supernaturally protected believers in other countries who were under severe risk. Man calls it luck; I call it providence.

PROVISION: As I mentioned earlier, when it comes to God’s provision, our expectation of it grows as we experience it more and more. There is a certain danger when it comes to managing those expectations though. It’s never a hall pass to be careless or irresponsible because you know He’s going to somehow clean up your mess. But what we can do is move through life with an open hand and a bold faith, saying yes to big things because we know He will fill in the gaps. Stephen and I have gotten to experience that several times when we’ve been a part of overseas mission trips and with our move to Tennessee. Disposable income is not something that we are accustomed to so in accepting the invitations, we knew He would have to provide pretty much every penny. And he did . . . every single time . . . and usually through some of the most unexpected people and circumstances. It doesn’t always have to be money falling out of the sky for His provision to be miraculous. Sometimes it’s manna in the desert (Exodus 16) and sometimes it’s a ram caught in the thicket (Genesis 22).

SALVATION/SPIRITUAL: I bet most of us have had at least one or two people in our lives who we have prayed over for a number of years, and when that day finally came, it seemed like the earth and heavens shook with joy. I remember in high school praying for a particular gentleman who had been coming to our youth group for a while. We prayed for years that God would break down his walls of pride, then finally at youth camp one summer, it happened. Our group lost it when he finally made that declaration! There was a another instance at the church where I served on staff for 12 years in Texas. The husband of a faithful spiritual leader in the church was not a believer. She boldly prayed for him regularly, as did our entire church body. He eventually agreed to begin attending every other week with her, but his intellect was holding him back from taking that step of faith. Finally after years of fervent prayer, the church came undone the day he was baptized. To get to witness spiritual victories like these after a long time of interceding furiously for someone . . . nothing compares, right?

Why go through all of these stories and examples? Sometimes it does our hearts and our faith good to remember that the spiritual realm is at work in and around us every day. Remembering the miracles we’ve gotten to witness or experience or even just hear about helps keep our hearts and minds tuned in to His activity. We tend to notice it more and are quicker to acknowledge the source versus just shrugging it off as coincidence.

If you’ve made it this far into my diatribe, perhaps you remember I mentioned that the Lord taught me a pretty eye-opening lesson over the course of 2017 with regard to miracles and the vital role they play in the kingdom. There is still plenty left for me to learn and experience, but the overarching message that kept blasting in my spirit is that the Father still takes great delight doing remarkable things for His children and there is no length He will not go to for us. With that said, there is a Heavenful of miracles waiting to be poured out and we can be a part of those – whether as a recipient, active participant, or observer – if we desire to. I entered into 2017 asking on the regular for God to show me more of the supernatural, to let me see and experience more of the wondrous; and He reminded me on multiple occasions that if I really want to see more miracles than ever before, then I have to be willing to put myself in the path of of these signs and wonders more than ever before.

What does that look like? How does that even work? It’s not like there’s some sort of GPS tracking device where you can just find where something’s happening and go plant yourself in the middle of it. Of course not . . . but, some things you CAN do are 1) surround yourself with others who are more in tune with the spiritual realm than you are because they always seem to have a heightened sense of awareness when something is stirring; 2) practice the art of intercession more and pray for bigger, more specific things – even for  yourself; 3) look for opportunities to take more risks that get bigger and tougher over time so that you are forced to press harder into the Holy Spirit for the outcome. This might look like asking that uncomfortable faith question to your cashier at the store, then later to a co-worker, then later to your neighbor, etc . . . Or it may be going from being part of the prayer support team for a friend going overseas to being someone on the team that goes on the next trip. And most importantly, 4) immerse yourself in God’s word and in prayer. The more we are hiding scriptures in our hearts and the more we are in communion with Him, the easier it will be to hear the Holy Spirit giving us prompts toward those situations where He’s desiring to do a work. I believe 100% that the Lord knows our hearts and that He honors those whose hearts are for Him. So if our desire and motivation really is to see more of His kingdom activity here on earth, then taking those leaps will always be met with His miracle-working hand. It truly is high time that the people of God begin tapping more into the authority of the Spirit that lives in us. What a shame it would be to carry that kind of power inside of us – the same power that raised Jesus from the dead and spoke the universe into being – and not seize every opportunity to use it to its fullest.

But as the saying goes, “With great power comes great responsibility”, so in my next two posts I will be touching on the other life-changing things the Lord showed me as I journeyed through 2017. Obviously we leave the wonder-working to God, though sometimes we get lucky enough to get to play an active role, but in many cases there are these windows of time before and after someone experiences a miracle that, if not handled well, have the potential to steal the beauty right out of the symphony He is orchestrating. Fighting through that “pre-miracle tension” and enduring that “post-miracle hangover” is not for the faint of heart, but with a little awareness and a lot of prayer, the enemy doesn’t have a chance.

Until then . . . share with us some of the “Expected Miracle” stories you’ve gotten to experience or be a part of. Let’s celebrate the goodness of God!

5 Ways To Create Health and Balance from Within

Positioned For A Miracle – Part 2

Subscribe to Before The Cross | Glorifying God By Sharing The L