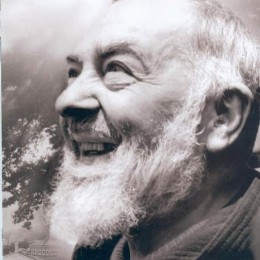 In the month of October 1911 the young Priest, Padre Pio of Pietralcina, was sent to Venafro in the region of Molise to study Sacred Eloquence (the theory and practice of preaching), along with some other newly ordained Priests, under the direction of his friend and Confessor, Padre Agostino da San Marco in Lamis.

Did you like this post? Don't forget to scroll down to rate it. Your feedback is very much appreciated. If you have any comments or suggestions please don't hesitate to use the "Comments" box . Thank you.