Admitting One's Weakness is a Strength

When Pope Francis greeted the pilgrims, especially the children, at St. Peter’s Square on New Year’s Eve 2019, a woman, out of her emotion, unexpectedly yanked the right arm of the Pope, twisting his body but fortunately, he recovered from the resulting imbalance. The Pope became upset and reprimanded the woman and he even slapped her hand in order to release his arm from her grip. As an octogenarian, the Pope, who suffers from back and leg pain, could have also been hurt by that forceful action. The clip went viral and others took it as another opportunity to criticize the pope. But during his Angelus Address on New Year’s Day 2020, Pope Francis apologized for such moment when he lost his patience: “La pazienza dell’amore: l’amore ci fa pazienti. Tante volte perdiamo la pazienza; anch’io, e chiedo scusa per il cattivo esempio di ieri” (The patience of love: love makes us patient. Many times we lose patience; me too, and I apologize for yesterday's bad example.” The Pope did not defend himself by making any excuses, he did not even used his old age, but simply admitted his fault and heartfully asked for forgiveness during the time when he too, like many of us, lost his patience. We oftentimes falter and fall short of the expectations of many, but our limitations must not hinder us but must make us a better person by humbly accepting our weakness.

Exhibit C: The beauty of chunky blank…
What is Conversion Tracking? How to S…
نصائح مفيدة عند تعليم الصبر للأطفال
When It Comes To Drinking, You’re Ask…
Why am I feeling so guilty for settin… 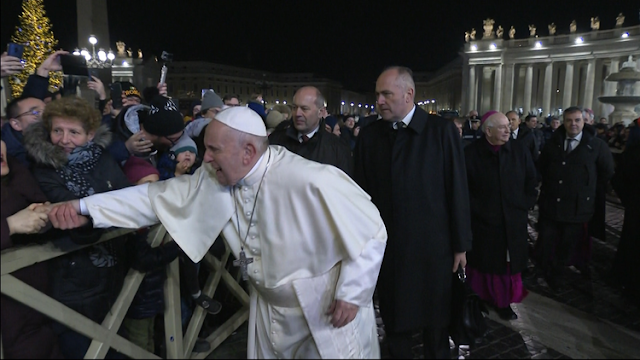 A few minutes before such moment that received so much media attention, a boy fell from the railing when he tried to greet the Pope. The Pope did not leave the child until the boy was completely fine. This was barely mentioned in the news.

To understand ethereum and its aspects at large

Admitting One's Weakness is a Strength