Baseball And The Hard Truths of A Girl's Life

I don't know about you, but I am still buzzing over the amazing and nail-biting finale of the 2016 World Series. I mean, how 'bout them Chicago Cubs, right?

Seven games. A rain delay. Extra innings. The Baseball season stretched into the wee hours on November 3rd on the East Coast. It was the bottom of the tenth, two outs, and there was a ground ball hit to Cubs third baseman Kris Bryant who smiled as he fielded the ball and slung it across the diamond to first base. Cubs first baseman Anthony Rizzo pocketed the coveted final out ball and dashed into the mosh pit of his teammates in the infield as they celebrated the end of a 108-year World Series drought. It was pure joy!

Premier League confirms four positive…
The Neighborhood Bar that Grew Three …
High End Rugs
Hunting the Hunters
Guess what happened when I changed my…
I have always loved baseball. I played it from first grade up through my freshman year at prep school. And I played baseball, not softball. I have played every position in the field, but the three positions I was most proficient at were first base, centerfield, and pitcher. Injury forced me to stop playing (I would later diagnosis my problem when I was in massage school as a strain of my subscapularis), and in my last season, I was batting just over .400 and was developing a wicked curve ball where the bottom would fall out on the throw just as it crossed the plate. I even pitched a fork ball to one of my teammates at practice. He stood slack jawed in the batter's box as it traveled with no discernible motion whizzing passed him. 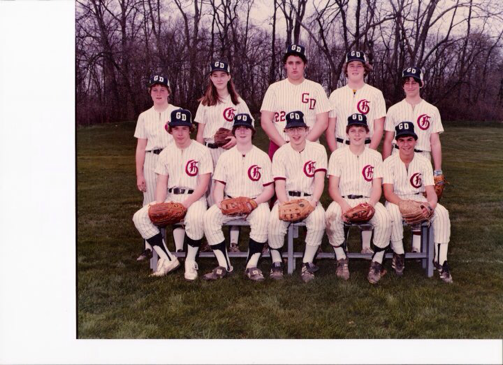 Baseball And The Hard Truths of A Girl's Life