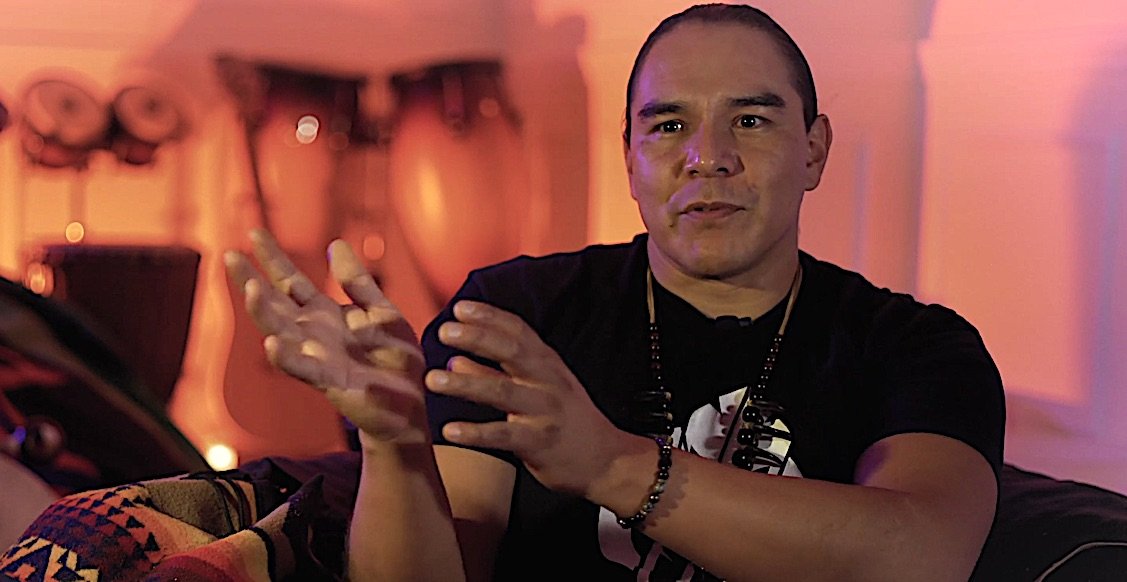 Medicine Man and movie actor, Sean Walking Bear, a spiritual brother on the path, discusses humility, ego, prayer and beliefs in this short video discussion. We previously interviewed Walking Bear in Buddha Weekly in 2016, where he discussed native spirituality — and pointed out many of the parallels and commonalities between Buddhism and his path. In this video, he again reveals beliefs that sound almost “Buddhist,” especially when speaking on “ego.” From the video:

CBD 2020: What to Expect + Our Top Pr…
What Marathon Running and Successful …
Africa to be the “Game Changer” of th…
Nusa Islands vs Gili Islands 2020 {Wh…
Little Net Big Net

“…Your heart must be clear and your conscious must be clear. There must be a connection between the heart and the mind at all times, so you’re always speaking your heart, always speaking the truth… To live life in humility so that there’s no ego, no ego here… Without pride, without ego, your voice can reach the highest places. Some people live with busy minds. With anxiety. With stress. With ego and pride… Their minds are too busy to form sincere prayer.”

NOTE: Just to be clear, this is NOT a Buddhist teaching, but as with all spirituality, there are common truths that resonate with all beings.

With permission of Sean Walking Bear and video creator Adan Van Dam, we include this short video and a transcript:

Traditionally, there are also practices that are quite similar, between Native spirituality and Buddhism, and especially Vajrayana Tibetan Buddhism. For example, Tibetan La Gug (vitality retrieval), smudging and purification practices, the use of drumming and sound in meditations. In our previous interview, Walking Bear described his path:

“The mind is where we build our life from the inside out. It’s where we invite the Creator to live within us — so keep it blessed and clean. It’s a sacred space. A sacred place. Its where we truly live.”

What I do, hmm. Basically, a lot of things. I guess the shaman of the old days was like the doctors of the village. They have to know the medicine, the smudges, the prayers, the ceremony. Their whole life was walking the path. I think some people put on a cap and then that’s their time, and it ends when the healings over, the ceremony’s over. 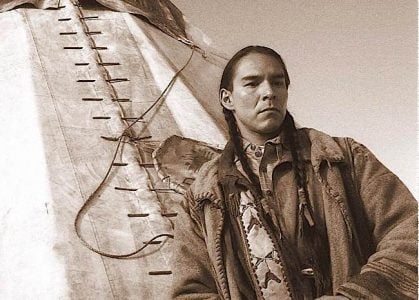 Sean “Walking Bear” also stars in films. Shot on the set of HBO’s HBO’S “Bury My Heart at Wounded Knee.”

The shaman, or medicine man, walks that path full-time. Their whole life surrounds that. You have to remain connected at all times, meaning, your heart must be clear and your conscious must be clear. There must be a connection between the heart and the mind at all times, so you’re always speaking your heart, always speaking the truth, so that your relationship with the Creator is always clear, honest, and open. Wherever you go, the Creator is there watching.

That is the path he must live. He must always remain open with prayer. That’s the path of a shaman, to know this. To ask. To be humble. To live life in humility so that there’s no ego, no ego here.

Your prayer, when you pray for others, your pray is like a booming voice into the heavens.

Without pride, without ego, your voice can reach the highest places. Some people live with busy minds. With anxiety. With stress. With ego and pride.

We say when they pray their voice is like a whisper. They cannot speak, or they cannot form words. Their minds are too busy to form sincere prayer, or they don’t know how to pray. It’s the simplest things, and you find it when you ask them to pray at the dinner table. They get shy and most people don’t know what to say. They just kinda recite words that they remember that they heard before. 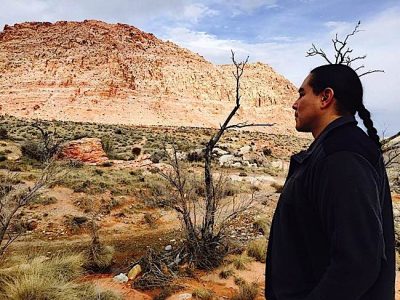 The same thing goes with prayer. It’s all practice and remembering what your elders said, and meaning the words. I think when you reach a certain age those words become even deeper whereas you live your life you just repeat those words, and I think, yes, a sign of maturity spirituality is understanding what those words mean, and saying it sincerely.

That is the path I walk. I live so I can pray for others. We’re not perfect. I live my life according to the path I want to walk on. The path of, I say, spiritual practitioner.

In ceremony, there are so many types of ceremony. It’s one of the rites that you grew up with. There’s pipe ceremonies, night lodges, you can do it in the day and night, you can do it pitch black. You can have shaking tent, there’s so many. The type that I do here is more of a prayer ceremony. I put the pipe together and I explain the protocol to people, because not everybody knows.

They showed me the medicine wheel, and they said that all colours of the nation are represented on this medicine wheel. You have yellow, you have red, you have black, you have white. And so, to only choose to help your people, it’s very hypocritical of the balance, and unity, of that circle, which is why I decided … I accepted that and started helping others. 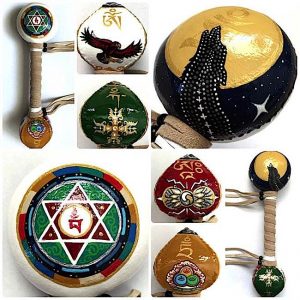 Sean “Walking Bear” hand crafted and painted this beautiful Vajrayogini rattle with Buddhist symbols and mantras. He does create sacred implements on custom orders on Etsy where he is known as “The Rattle Maker”>>

In spite of the politics, and the beliefs, of other tribes. This is what I was told to do. That’s what it’s all about. Not every tribe is the same. Not every holy person is told to do the same thing. You do what you are told to do, how you’re supposed to do it because there are a hundred ways to do something. Part of what is missing I find is the supernatural component.

The imagination gives a notion that everything you think is fantasy, it cannot be real, it’s not happening. You dream something very sacred then your mind tells you it’s just your imagination. Your dreaming of fantasy things because you read a fantasy book, or you watched a movie with CGI, but that’s not true. This is a sacred place.

You have to teach yourself it’s a sacred place than you can make magic happen. In ceremony, we’re missing the supernatural part where things can happen that defy the mind, defy physics. This is the true magical part of ceremony that I think the most hardened spiritual person in this common western world would be so terrified to even experience, because the whole aspect of being a practitioner, or a healer, or a medicine man, is to face that supernatural part of this world.

This is what would terrify them. This is what they wish would happen. If you can be alone in the dark, pitch black, and have all the things happen around you then I think you’re brave enough to be right here.