Binyamin Netanyahu and the tightening noose

Israeli police, after completing a year-long corruption investigation, have recommended that Binyamin Netanyahu, the Israeli prime minister, be charged with bribery, fraud and breach of trust

Mr Netanyahu has been accused of receiving gifts from the Hollywood film producer Arnon Milchan. He was also slammed for accepting an offer of favours from the media tycoon Arnon Mozes.
However, the prime minister maintains that the gifts came from a “close personal friend.”  He insists that his dealings with Mr Mozes, owner of one of Israel’s most powerful newspapers, Yedioth Ahronoth, were part of a “normal relationship between politicians and journalists.” 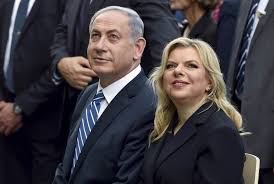 The attorney-general, Avichai Mandelblit, is yet to decide whether to press charges against the prime minister.

Under Israeli law, Mr Netanyahu, as prime minister, does not have to resign before appearing in court.  In any case, it will be many months before he has to appear even if the attorney-general decides to go ahead with charges.

Binyamin Netanyahu and the tightening noose