53-year-old Jerry Chun Shing Lee was seized after being found with unauthorised notes that included the real names of covert CIA employees and spies.  Several of those listed on the documents found in his possession were said to have been killed by the Chinese.  Mr Lee is thought to be behind one of the most calamitous US intelligence failures in recent times. 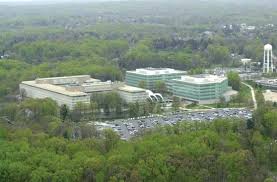 Mr Lee, also known as Zhen Cheng Li, was arrested at John F Kennedy International Airport this week.  He is a naturalised US citizen.  He has most recently lived in Hong Kong, the US Justice Department confirmed.

Best Slots You Can Play at Online Cas…
Urban, Suburban, or Rural Practice: P…
Lemon Blueberry Zucchini Bread
Bonanza MegaPays Slot – Big Time Gami…
How To Kill Bed Bugs
He is understood to have started working for the CIA as a case officer in 1994 and held top-secret clearance.  He left the agency in about 2007 and went to live in Hong Kong.
The former agent's arrest seems to have capped a long mole hunt inside US intelligence.  The hunt started when the CIA began to lose informants in China.