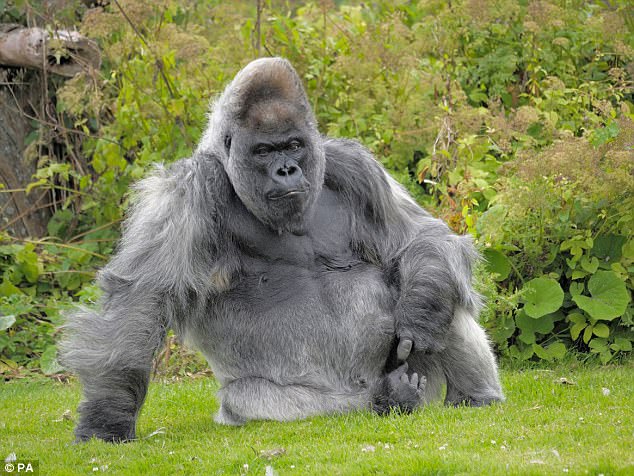 Nico celebrated his last birthday in July. He died in his sleep on Sunday at Longleat Safari Park

He Lived in a luxury island house with central heating, classical pillars and his own TV


The Gorilla, who once tipped the scales at 34 stone, lived on his own island in the middle of a lake at Longleat.
He also had a series of lookout stations and giant tree trunk climbing frames where he could sit and watch the antics of the nearby colony of three younger gorillas - brothers Kesho, Evindi and Alf.
The oldest male gorilla in the world lives in the USA and was born in 1961 while the oldest female, who also lives in America, was born in 1956. 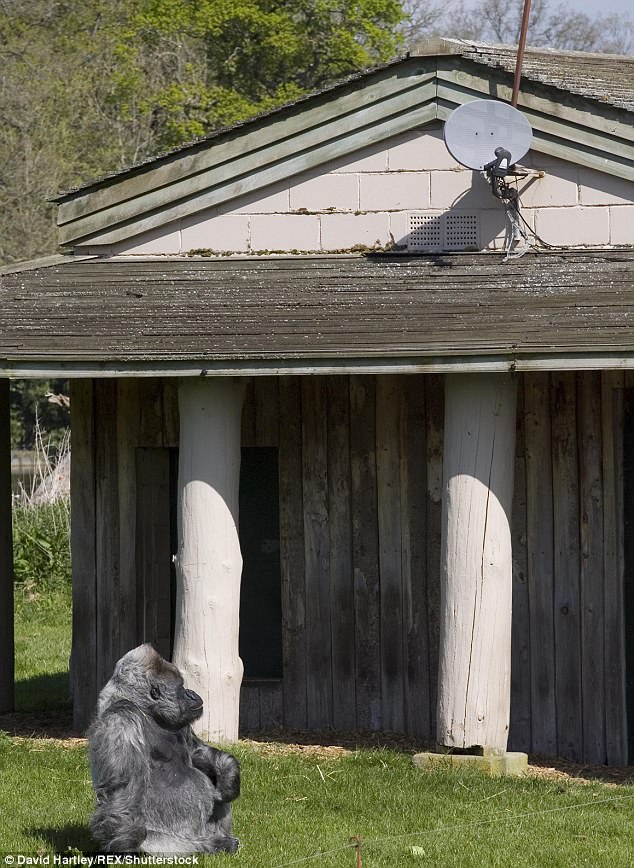 Nico is pictured admiring his home, where he lived for many years after moving from Switzerland

A Longleat's spokesperson wrote on Facebook: 'Everyone here has been truly saddened by the passing away of Nico.
'His main keeper has been working with Nico virtually on a daily basis since 1989 and has forged an extraordinarily close bond with him.
'It goes without saying that he is particularly devastated by the loss along with the rest of his keeping team who have cared for Nico over the years.'