The River was discovered in the Mayantuyacu region of central Peru

The name of the river, Shanay-timpishka, means boiled with the heat of the sun in the language of the area's inhabitants. Geoscientist Andrés Ruzo says the heat of the air coming off the river is so intense that you can feel it burning in your nose and your lungs
It was once thought to only exist in legend, but a terrifying river that can boil its victims alive has been discovered in the heart of the Amazon.
The river was brought to the world's attention by a scientist who believed that the legendary geothermal formation couldn't possibly be real.
Now, he has shared video clips which explore the region's breathtaking uniqueness in a mini-documentary. 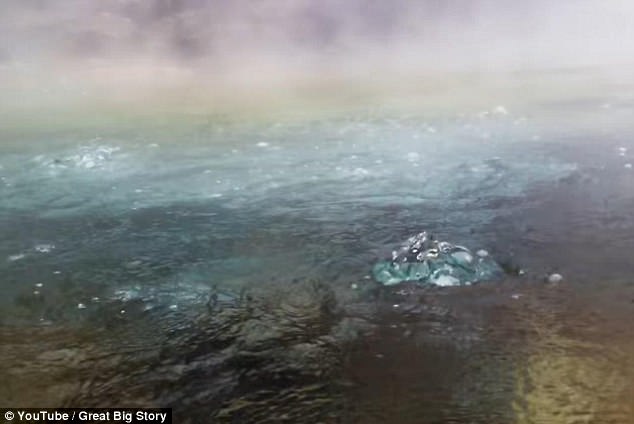 Stunning footage has captured the incredible story of a once Mythical Boiling River in the heart of the Amazon. The scientist behind its discovery has shared video clips which explore the region's breathtaking uniqueness

WHY DOES THE RIVER BOIL?

Part of the river in Mayantuyacu boils because of fault-fed hot springs.
When rain falls on the surrounding area, it gathers into the porous sedimentary rock.
As it moves through the rock, it is warmed up from the primal heat of the Earth.
Eventually, it comes across a large thrust fault, or crack.
As water falls behind it, it forces the now heated water to ascend along the fault-line to surface as a hot or warm spring. Andrés Ruzo explored the river, in the Mayantuyacu region of Peru.
The name of the river, Shanay-timpishka, means boiled with the heat of the sun in the language of the area's inhabitants.
The geoscientist says the heat of the air coming off the river is so intense that you can feel it burning in your nose and your lungs.
Speaking in the footage, Mr Ruzo said: 'The hottest temperature I've measured is 210°F (100°C).
'To put that into everyday terms, the average coffee is roughly 130°F (55°C).
'It's hard to physically imagine that much hot water.
'You stick your hand in, and you will see second or third degree burns in a matter of seconds.
'Complex organisms like us, we don't do well at those high temperatures. We literally start to cook on the bone.' 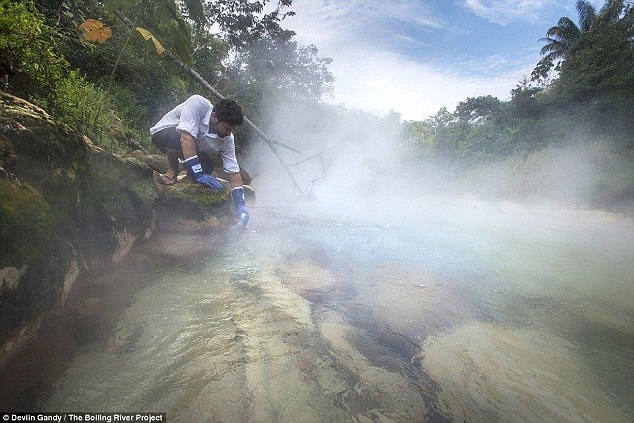 Mr Ruzo (pictured) says that the river fascinated him growing up, after his grandfather told him about legends surrounding it 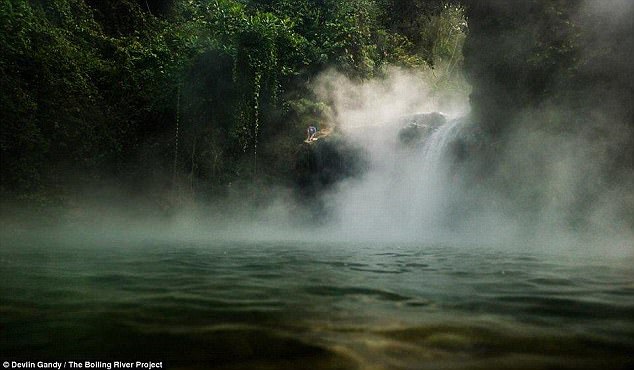 At its widest, it is 82ft (25 metres), and around 20ft (six metres) deep. The water is hot enough to brew tea and, in some parts, it boils over
The bizarre Boiling River found in the Peruvian Amazon