David's New Cart is a Bigger Parable than we thought 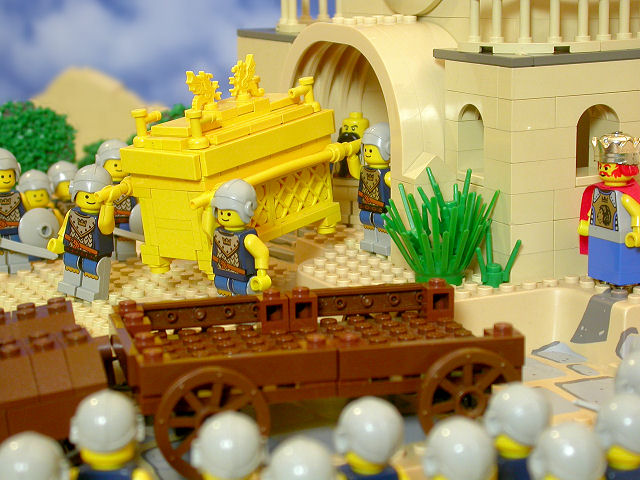 
David's New Cart is a fabulously rich allegory.
It speaks at every level flesh is to be found.
It speaks of the Catholics dire work round solution concerning the Mass.....has to be the biggest New Cart on earth at the moment.
But the New Cart also speaks into the second level....
the charismatic merrygo round in precisely the same way as the episode of Jesus by the pool of Bethsaida, and I must thank the apostolic figure Alan Vincent for perceiving that one back in 1976.
NEW CART dogs all forms of thirdlevel operations
E. Stanley Jones
The Move under Sam Fife - Daniel Yordy will tell you best about that
Certain aspects of me on here are new Cart.....for example some of what I am doing is sharing stuff of such purity that like Onan , I am spilling seed on the ground ready to be stamped underfoot by people that just cant hear it....and Jesus speaks soooooo strongly about that. "If you are not received shake your sandals (or trainers) from your feet and move on"
The Union Crowd's non involvement with the baptism in the Spirit and the Spirit revelations of how the Body is built is pure NEW CART.
Since Norman Grubb began his articulation of that which Christ worked in him at the precise time he was with Jessie Penn Lewis.....on the one side it has been the wisdom of God to get a fantastic leftbrain version out in several of his books culminating with "Yes I Am", but in another just going from little housegroup to little housegroup holding little lectures is incredibly NEW CART.
It's like the Communists nicked the method of proliferation of their radical ideas through little communist cells staright out of John Wesley's "Class Meeting Idea".
But God never ever said in scripture to hold class meetings.John Wesley got that from Oxford University tutorial systems which comes via Jesuitry from Greek Mystery religions and ultimately back to the rebellious tribe of Dan .
It's very sweet Norman Grubb helping God out by inventing the modern Christian Union in Universities
...InterVarsity Fellowship and the associated InterVarsity Press.....
But what that did was proliferate this awful leftbrain locked form of Christianity which, like David's Cart was a quick work round solution, .....
Hey it's good enough for the Philistines it's good enough for us,David said.
God said It isn't good enough for you because my Presence isn't safe in crucibles of man's design. People die.
Back a moment to first and secondlevel Christianity and the thirdlevel Christian Community which imploded in Colden Common, Near Southampton UK.
What did they all have in common?
THE NEW CART WORKROUND SOLUTION OF A SINGLE PYRAMID PASTOR!!!!
Colden Common exploded into thin air because third levellers at that time were still infected with the Catholic Pagan overhang of ONE MAN overseeing a local congregation.( obviously Catholics call them priests or "fathers". But Jesus says call no man father.)
Two Pastors fought and knocked both of them out of the coop.
As far as I can tell since the early 80s there isnt a single thirdlevel church in the UK. And because of its New Cart features it is arguable whether the UK ever had a thirdlevel Church.
Are any of you getting how endemic our propensity to build what God isnt building ....or to use methods that come out of the mind of man and not purely by the Spirit of God?
And don't think Jesus had an easy time either.
Within a few short chapters of the gospels, he went from Benny Hinn multitude type operations, to actually turning the other direction when he saw the multitudes coming out of the cities and towns.
So I am not really condemning anyone....I am saying we are all learning on the hoof how today's new wineskins work according to the Blueprint of the heavenly Tabernacle.
EVERY GENERATION AND THEIR NEEDS AND LIFESTYLES ARE DIFFERENT.....BUT ITS THE SAME HOLY SPIRIT GUIDING US THROUGH THE "MANSIONS OF GOD" THAT JESUS HAS PREPARED.

David's New Cart is a Bigger Parable than we thought