Impermanence of a Belief System 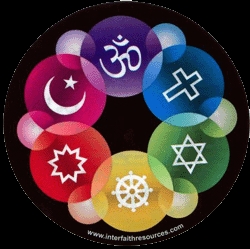 “Sometimes people hold a core Belief that is very strong. When they are presented with evidence that works against that belief, the new evidence cannot be accepted. It would create a feeling that is

Charles Hoskinson declares the arriva…
Remembrance Day, as Seen Through the …
3rd Gen AMD Ryzen Threadripper 3960X …
extremely uncomfortable, called cognitive dissonance. And because it is so important to protect the Core Belief, they will rationalize, ignore and even deny anything that doesn't fit in with the core belief.” …………………………Frantz Fanon, Black Skin, White Masks
The history of Belief Systems is as old as man. Our earliest ancestors, when they were hunter gatherers, had a belief system which ensured their survival. Whether on a hunt in the savannah or the forest or when faced with natural disasters, they resorted to supernatural powers which ensured their survival. The success they saw in their appeal to a superior entity, whether it be a magical force or a divine person, which in today’s world we would attribute purely to a circumstance or chance or a specific scientific and natural phenomenon, resulted in their increased life span and adequate progeny to propagate the tribe. This became a set of iconic representation or images to which specific survival functions were attributed. First of these images were those of the mother goddesses or goddess of fertility. This became the first of the many belief systems the humankind had installed which became the power centres of religions. As mankind’s knowledge widened and scientific inquiry and observation were employed using increasingly the rational mind, it took the sole role away from the deeper subconscious realm. In the present day, only the thinking mind took over the task of defining a belief systems and to protect itself from analysis and scrutiny, it resorted to authority and power. This is particularly true with respect to where the belief system is the very foundation of a religious structure. The higher integral nature of reality and the vast interconnectedness that rules the universe and which lies outside the capacity of the common thinking human has been ruled as heresy.
As science advances and the capacity for truly understanding certain fundamental nature of the world we observe with our senses is invested with very limited people, there is an increased resistance to accept information which are seen to contradict a belief system. A classic example of hard core fundamentalist monotheistic sects to accept the concept of creation through evolution is when they refused to believe the concrete evidence of archaeological investigation of fossils which have been carbon dated to millions of years by saying these are purposely planted by the devil to destroy the truth of God’s creation literally as written in their sacred scriptures.
The primal nature of the deep wisdom which every person is capable of through in depth enquiry by oneself with absolutely open mind and which has been told by great spiritual masters such as Buddha and Christ as way to attaining enlightenment, finds no place in the dogmatic diktats of religious belief systems.
In the Gospel of Thomas Christ says:
"Let him who seeks continue seeking until he finds. When he finds, he will become troubled. When he becomes troubled, he will be astonished, and he will rule over the All."
"If those who lead you say to you, 'See, the kingdom is in the sky,' then the birds of the sky will precede you. If they say to you, 'It is in the sea,' then the fish will precede you. Rather, the kingdom is inside of you, and it is outside of you. When you come to know yourselves, then you will become known, and you will realize that it is you who are the sons of the living father. But if you will not know yourselves, you dwell in poverty and it is you who are that poverty." …….Sayings 2-3
Buddha told the Kalamas living in a village where many religious preachers had passed through preaching that what they taught was the only truth. What he told the people when they brought up the subject was recorded as “Kãlãma Sutra”:
"Come, Kalamas. Do not go upon what has been acquired by repeated hearing; nor upon tradition; nor upon rumor; nor upon what is in a scripture; nor upon surmise; nor upon an axiom; nor upon specious reasoning; nor upon a bias towards a notion that has been pondered over; nor upon another's seeming ability; nor upon the consideration, 'The monk is our teacher.' Kalamas, when you yourselves know: 'These things are good; these things are not blamable; these things are praised by the wise; undertaken and observed, these things lead to benefit and happiness,' enter on and abide in them.”
There is a great joy when one experiences an open minded enquiry. It is this freedom which led many mystics and holy men to experience the fullness of the Divine.
Love to you all.

Impermanence of a Belief System