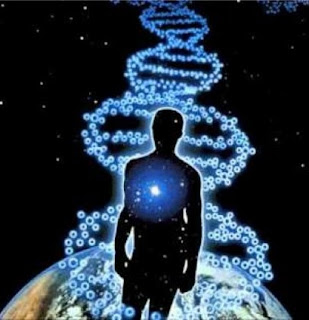 “Science does not aim at establishing immutable truths and eternal dogmas; its aim is to approach the Truth by successive approximations, without claiming that at any stage final and complete accuracy has been achieved.” ………………..Bertrand Russell, ‘Sceptical Essays’

Are You Ready To Go On An Adults Only…
Why SEO Is The Next Big Thing in the …
Legit Way To Make Money Online
Epoxy Coatings For Garage Floors
The Role of Sleep in Your Weight Loss…
“Whenever a theory appears to you as the only possible one, take this as a sign that you have neither understood the theory nor the problem which it was intended to solve.” …………..Karl Popper
"Do not think that the knowledge you presently possess is changeless, absolute truth. Avoid being narrow-minded and bound to present views. Learn and practice non-attachment from your views in order to be open to receive other's viewpoints. Truth is found in life and not merely in conceptual knowledge. Be ready to learn throughout your entire life and to observe reality in yourself and in the world at all times." ……………….Thich Nhat Hanh
This article comes out of the personal urge to change the mind set of people who have grown entrenched in a milieu of autocratic parental and societal control in all departments of their lives. These especially include their view on religious practices and cultural influences that shape their lives.
There are two areas which had been heading on a collision course throughout history. They are science and religion. In the current times, however, there has appeared a glimpse of a spiritual alternative through the deeper enquiry in science. A cosmic religion which was foreseen by people like Albert Einstein
Purely due to historic reason, religion has stamped its irrevocable authority on individuals and society. The diktats and dogmas of religion have outlived their social, cultural and individual Consciousness dynamics that existed when they were formulated. In the last 500 years, science has exploded and expanded its outreach to provide answers to many complex questions which were earlier answered mostly through a religious background with few individual who usurped authority in the name of the Divine. A clear example is the Geocentric view of existence in the west. The freedom to think and formulate one’s own understanding through deep enquiry was denied and the carrot of heavenly reward or hellish punishment was dangled before a hapless society. The east survived this dictatorial domination for a long time until the impact of the founding fathers faded through usurped spiritual leadership which set up sectarian cultural and religious constructs. The west suffered the imprisonment of true spiritual flowering at the level of individuals with the installation of monotheistic religions in Hebrew, Christian and Islamic religions. Any attempt to percolate down to individual experiential revelation and resulting pronouncements were declared as heresy and punished ruthlessly.
The consciousness of humanity is evolving and this is an undeniable fact. Man has moved on from the age of archaic, magical and mythological consciousness into the realm of the rational during the age of enlightenment. In the twentieth century humanity is stepping into the age of integral consciousness. Twentieth and twenty first century philosophers, psychologists and scientists confirm that an integral view of reality is mandatory. Though great spiritual masters like Buddha had pointed out that all that we perceive is a dependent arising from the substratum of non-being or emptiness and the great philosophy of Advaita of Adi Sankara elucidated the non-dual nature of reality, the vast majority of humanity continues to be trapped in the attachment to world resulting from sensory perceptions and their resulting concepts.
The clear difference between true science and religion is the damaging precept of infallibility. Most religions operate from an unsurmountable platform of Divine authority. While the advances in science and the deeper probing is made possible through a process of conjectures and refutation. The first two quotes from two philosophers, Bertrand Russel and Karl Popper, clearly demonstrates the basic framework in which true science operates. There are no immutable truths in science and through this position further enquiry is enabled without fear of condemnation or excommunication from a richly sharable group of intelligentsia or a group of people to whom the resulting truth can be an enabler in their transcendence to a richer existence.
Thich Nhat Hanh, the Vietnamese Buddhist monk puts it very aptly by saying "Do not think that the knowledge you presently possess is changeless, absolute truth.” The attachment to this state of thought itself is a big blockade to receiving further valuable inputs from around us.
It is very vital to know that truth cannot be obtained purely through the mind. Mind is an instrument to launch a series of experiences. These experiences leads to a incrementally richer state of being. This is an intuitive internal process and our entire life’s purpose is to have a series of richer and more fulfilling experiences so that our consciousness may ascend to a higher level. Let me close this short article with a quote from the great German philosopher, Immanuel Kant:
“But to unite in a permanent religious institution which is not to be subject to doubt before the public, even in the lifetime of one man, and thereby to make a period of time fruitless in the progress of mankind toward improvement, thus working to the disadvantage of posterity - that is absolutely forbidden. For himself (and only for a short time) a man may postpone enlightenment in what he ought to know, but to renounce it for posterity is to injure and trample on the rights of mankind.”
These are very strong words and the thoughts I have tried to open up in this article are not to endorse rampant freedom without recourse to all the knowledge and wisdom that has been unfolding. The seeker must employ his mind in an open enquiry on the canvass of all wisdom that has evolved over the time in the full blossoming one’s own consciousness..
Wish your journey a fulfilling experience.
Love to you all.