‘Taken leave of their senses’ 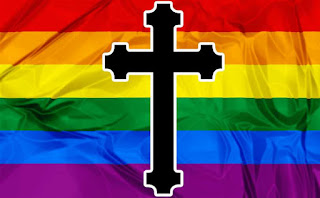 The greatest gift of God is surely His mercy. I love the stories of salvation we read in the Gospels which illustrate the process or journey from misery to joy, from the depths of depravity to a clean slate, from betrayal to loyalty.

Solana, Dogecoin Hit Weekly Lows as B…
Homemade Copycat Panera Fuji Apple Sa…
What is the best morning face routine…
Crackpot Cryptography and Security Th…
Steve Lukather And The Players Club R…
Like with prodigal son where it says ‘when he came to his senses’.. (Luke 15:11-32) barely a word of his well rehearsed confession spoken and he was lifted up again. Or the sinful woman who “stood behind him at his feet weeping and began to bathe his feet with her tears”. Not a word spoken at all, just an abundance of tears. (Luke 7:38). St Peter followed suit when Christ looked at him as the cock crew and ‘he went out and began to weep bitterly’ (Luke 22:62) And this is the formulae, sorrow for sins, tears of Repentance which welcome forgiveness and a new (changed) life.
It works. I believe each person has this opportunity to grasp that moment of grace, initiated as it is by the Lord Himself. Often, as in the biblical examples it is preceded by sin, self destruction and hitting the bottom. There are many tear- stained prison cell floors; cries in the shooting galleries of drug users and everywhere else where there is pain, suffering and bondage. And beautiful life-giving conversions take place.
Alas there is a movement within society and even within the churches which seeks to do the exact opposite- a counterfeit kingdom you might say, where ‘having taken leave of their senses entirely’; they would like to avail of or offer a generic, easy and cheap alternative. Redemption without sorrow for sin, without tears, without repentance and worst of all without change. They demand acceptance, inclusion, and perhaps have an eye on domination, without a change of heart.
Civil laws can change, like enabling divorce and the simultaneous decriminalisation of abortion and homosexual acts for example (in 1967) but the response of the church cannot follow suit. And yet in America a group of gay and lesbian ministers, Methodists and Episcopalians, ‘blessed’ an abortion clinic. Both churches have or are debating blessing same-sex unions as well in their churches and it seems likely that the truth will be the first casualty (Romans 1 26:27) Even in our church there is ‘sympathy’, perhaps brought about by guilt at being harsh in the past.
Surely we must not sell anybody short on these or any other important topic, people deserve nothing less than the truth and should be offered nothing less than the full saving grace and transforming power of salvation through repentance; no one can give anyone permission to sin.

‘Taken leave of their senses’