The Chaos of Organizing 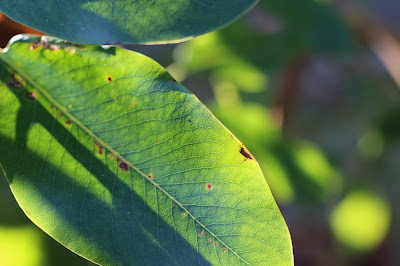 I spent some time this weekend working on organizing a chunk of my artwork.

I was working specifically on what I call "canvas board" (because I'm not actually sure what it is supposed to be called... it's like... hard canvas?  It's on a board?  Uh... I dunno!  I've seen it called economy canvas but I call it canvas board because it's not paper and it has the texture of canvas but it's also not canvas or wrapped canvas and uh, I dunno!

So I have probably fifty pieces of this stuff in varying sizes and most of them I've taken a photo of and uploaded to social media, but when I did that, I didn't always do anything more permanent.

When I first signed up for the book of face, it was, I suppose, mainly because Jason told me it was the main or best way to share my work (he suggested it for photography) and so I created an account under another (I know!!!) nom de plume type situation and since after I'd gotten back from my first Burning Man I'd really felt like I'd wanted to get back to art (after a long time of not), I figured I'd share my work there.

I also followed some folk and one of the things I really liked was when they shared sort of "before and afters" of their progress over the years, so I thought I'd do something similar and just share ALL my work, even the ones I didn't think were good or knew weren't good.

But really what I did was just take a photo with my phone and upload it and that was that.

Once I got beyond initial practice sketching and started actually making things on purpose, and naming them and all the rest, I realized I should probably start cataloguing.  But I was already several hundred uploads in at this point... so... that was an overwhelming feeling, d'oh!

I also had to figure out HOW I wanted to sort and organize, including some sort of tag for my digital storage (on my computer system) to hopefully make them easier to find.  The idea I had was that someone would want to buy a piece of my art and would want a particular size or colour or style or material so I used all those in my labelling/tagging.

I then would take those I felt were more important (namely the wrapped canvases) and sorted them by size and then catalogued that.  And at some point last year I did most of my wrapped canvases over a certain size.  And then I stopped for a while.

So this weekend I decided to tackle the canvas board pieces.

I started by pulling them all out of my physical storage area (a shelf in my apartment that used to hold pretty nicknacks and now holds some pretty nicknacks and some art supplies and finished pieces) and laid them all out.  I'd already put them together into sized groupings so that was a help of course.  And then I made folders on my computer and tried to find photos of the pieces of each size (for example a folder for 11x14 canvas board pieces) and make sure that matched with the physical pieces (knowing I've only sold a handful of physical pieces so far) and then I'd make sure they were tagged on the laptop and then I'd label the back of the piece with the title if I hadn't already done so and, well, it's quite a lengthy process that can be quite frustrating!

As things stand now I still have about thirty pieces to go through.  They're all 8"x10" and I don't love them all so I stopped myself once I'd done all the other sizes so that I can evaluate and decide if I'm keeping them or not.  And then I'll have to do all the stuff.... and then put them away carefully, wishing I knew what I was doing because I'm pretty sure I'm not storing them as well as I could be!

So yeah... to make things organized takes a surprising amount of chaos, and it's the chaos that drives me bonkers!

But hopefully once all the work is done it'll help.  Somehow.  In the future... of... things?  (Like, I dunno, sales or something!) And if not, well, no real harm done other than some brain cells used and some frustration earned.

The Chaos of Organizing