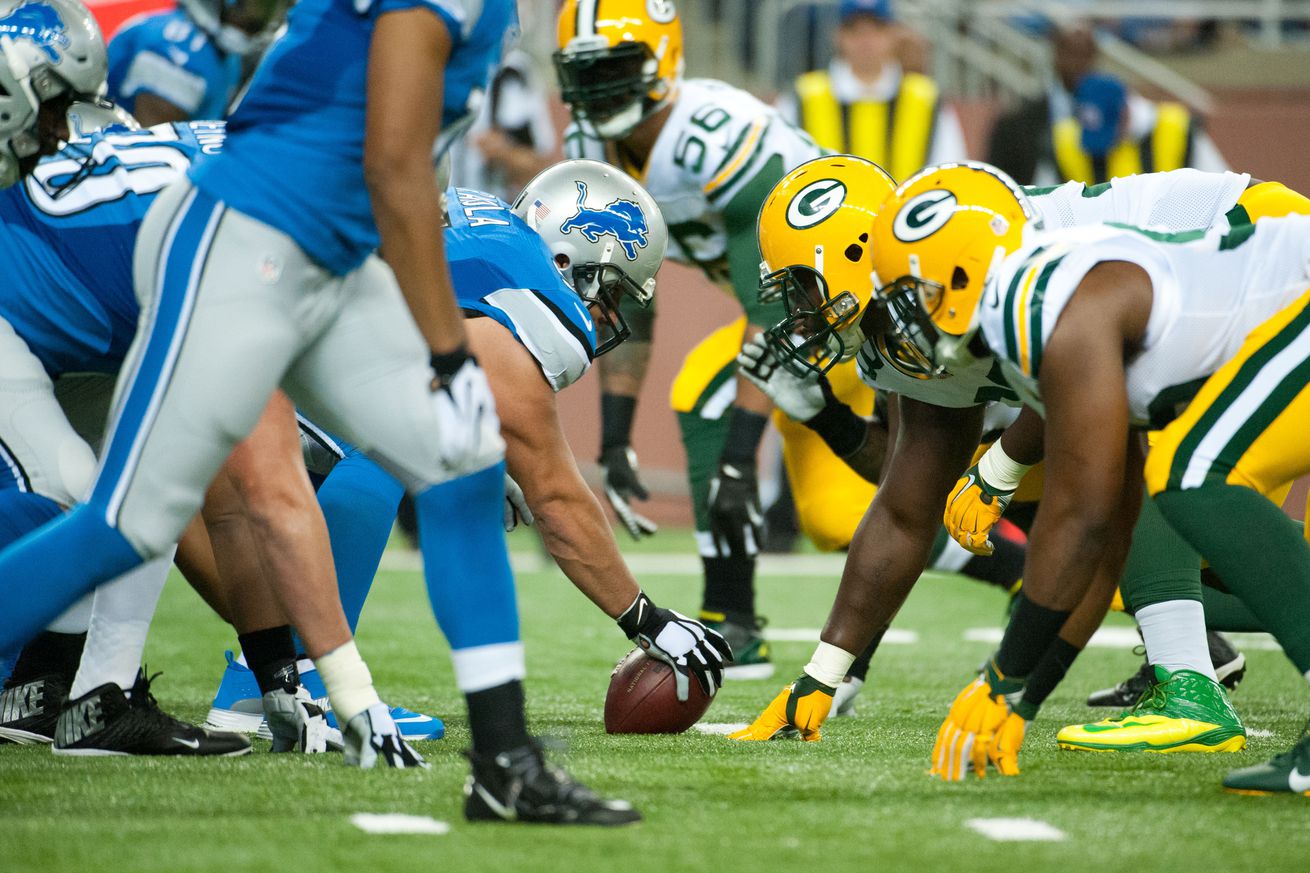 It's easy enough to look back on previous years and try to identify problems, but what happens when we try to look ahead? Which teams got better, which got worse along their Offensive lines? Can you figure it out by just looking at athleticism?

We attempted to answer if overall athleticism on the offensive line led to NFL success and were not able to come up with a definitive answer. We were, however, able to paint a pretty clear picture that a lack of athleticism will lead to NFL failure. Using an Average of the Relative Athletic Scores for all five players on the 2015 offensive lines for all 32 teams, we were able to show that an overall lack of measurable athleticism contributed to a poor running game, poor pass protection, and in general a lack of wins.

It's important to remember that RAS, or Relative Athletic Score, is only a measurement of athleticism using combine and pro day data. It doesn't take into account tape. So you will end up with individual players who do very well but scored very poorly and you will have players who measured in the upper echelon but can't play football well. That's true of any metric you choose. In general, however, the best players also tend to be the best athletes and the best athletes tend to measure well. What we looked at before, and what I'm looking at today, is how that metric can be applied on a larger scale, to see if it can translate into NFL success. So before we get into the projections, here are a few notes on how RAS has been shown to correlate to success for offensive linemen on an individual level.

To get the average RAS that will be included in these tables, we simply averaged all five of the starting linemen. While 5.00 is considered an average score for any position, the average starting OT actually scored a 6.23 out of 10. The average guard scored 6.34, while the average center scored only a 5.56 or just above average. Measurable athleticism has been shown to have a very large correlation to success for both guards and tackles, and almost none for center. The averages for those positions bears that out.

There aren't a lot of great metrics to show success for offensive linemen, but one way we can look at it is using Pro Bowls. Since 2000, there have been 24 offensive tackles who had qualifying RAS that made a Pro Bowl. Of those, 88 percent, or 21 players, measured above average with only three who did not. Guard follows a similar trend, with 16 of the 21 Pro Bowl guards who qualified having scores above average. Center, as I mentioned before, doesn't have as big of a correlation, and only eight of the 14 centers who qualified were above average, just over half. So on an individual level, a player with a higher than average score is more likely to be a recognized, good player than one whose score is below average.

Without further ado, here is the projected 2016 offensive lines in their entirety. This includes all player's individual scores as well as the average, and it is ranked based upon that average. Note that players with a dash "-" did not have a qualifying RAS.

Yes, Detroit Lions fans, your team still holds that bottom spot. Based on the most likely starting offensive line for 2016, the only new player is Taylor Decker, and he replaces Michael Ola who had the highest RAS for the line in 2015. The slight bump from adding Decker wasn't enough to push the Lions out of last place, and nobody else fell far enough to make it any less concerning.

In 2015 there were only six teams whose average RAS was below 5.00, which for this metric is considered average. Pittsburgh Steelers, San Diego Chargers, Miami Dolphins,Oakland Raiders, Tennessee Titans, and Detroit Lions were those six teams, in order from least bad to worst. Of these teams, only the Raiders finished higher than 21st in any PFF category, while only the Steelers finished with a winning record. Also, with the exception of the Steelers, each of these teams finished in the bottom 10 for rushing. Oakland and Pittsburgh ranked 11th for sacks allowed, while the other four teams ranke 21st or lower (Tennessee was dead last). It was pretty clear that no matter what metric you used, teams that ended below that 5.00 line as a group tended to be some of the worst blocking teams in the NFL.

So what can they do to raise that score up? Well, for the Lions it was fairly simple, but I wanted to go a step further. I wanted to project a 'best case' scenario, something that took into account the draft and free agency to look at what the best possible lineup could be. I did this from a play and value perspective, not just a RAS perspective, so as to not artificially raise the score in some unrealistic way. As a completionist, I couldn't just do this for Detroit. So I reached out to the SB Nation community and others I know from social media to find out what a Best Case Offensive Line would look like for all 32 teams. It's important to note that this was best case from those who know their teams, not just picking the highest RAS and taking a stab at it. In some instances, the best case OL actually has a lower average RAS than the regular projected line. In any case, here is that list for every team.

For the Lions, removing Travis Swanson as a starter is almost a certainty in some fans' minds. We here at Pride of Detroit are mixed on the subject, but it is neither out of the realm of possibility nor anything resembling crazy talk. What may give some pause to this 'best case' projection is the replacement of Larry Warford with Joe Dahl. Warford has been a stalwart blocker on the offensive line since he stormed onto the scene as a rookie, but has been plagued with injuries since that time. While Dahl played tackle and left guard in college, in Jim Bob Cooter's scheme he would be more suited to the right guard position. His lack of length probably prevents him from being an option at tackle, and his inexperience with run blocking concepts probably keeps him away from the left side where Laken Tomlinson was drafted as much due to his intelligence and football acumen as he was his blocking style.

The important thing with this projection is that it gets the Detroit Lions out of that sub 5.00 average that was indicative of so many bad teams in 2015. That alone wouldn't be enough to improve the Detroit Lions as either a pass or run blocking team, but it's possible it could provide enough push to get them over the hump. It could also be a huge disaster, as that would mean three rookies on the offensive line. Bob Quinn has shown with his selections of Decker, Glasgow, and Dahl that he has a dedication to making the offensive line better and more athletic. The best guess projection for the offensive line is a baby step in the right direction, the 'best case' outlined above is jumping both feet first without a net.

What do you think, Detroit Lions fans? Do you think it's enough to simply become more athletic, or do you feel something else is the cause of the team's offensive woes? Have any better projections you'd like to share? Let us know in the comments who you think would be the best options. For a fun little bonus, here is the team's entire offensive line group and what their RAS is, you can figure out the average from that.