CB Ifeatu Melifonwu injury is “a bad one,” per Campbell 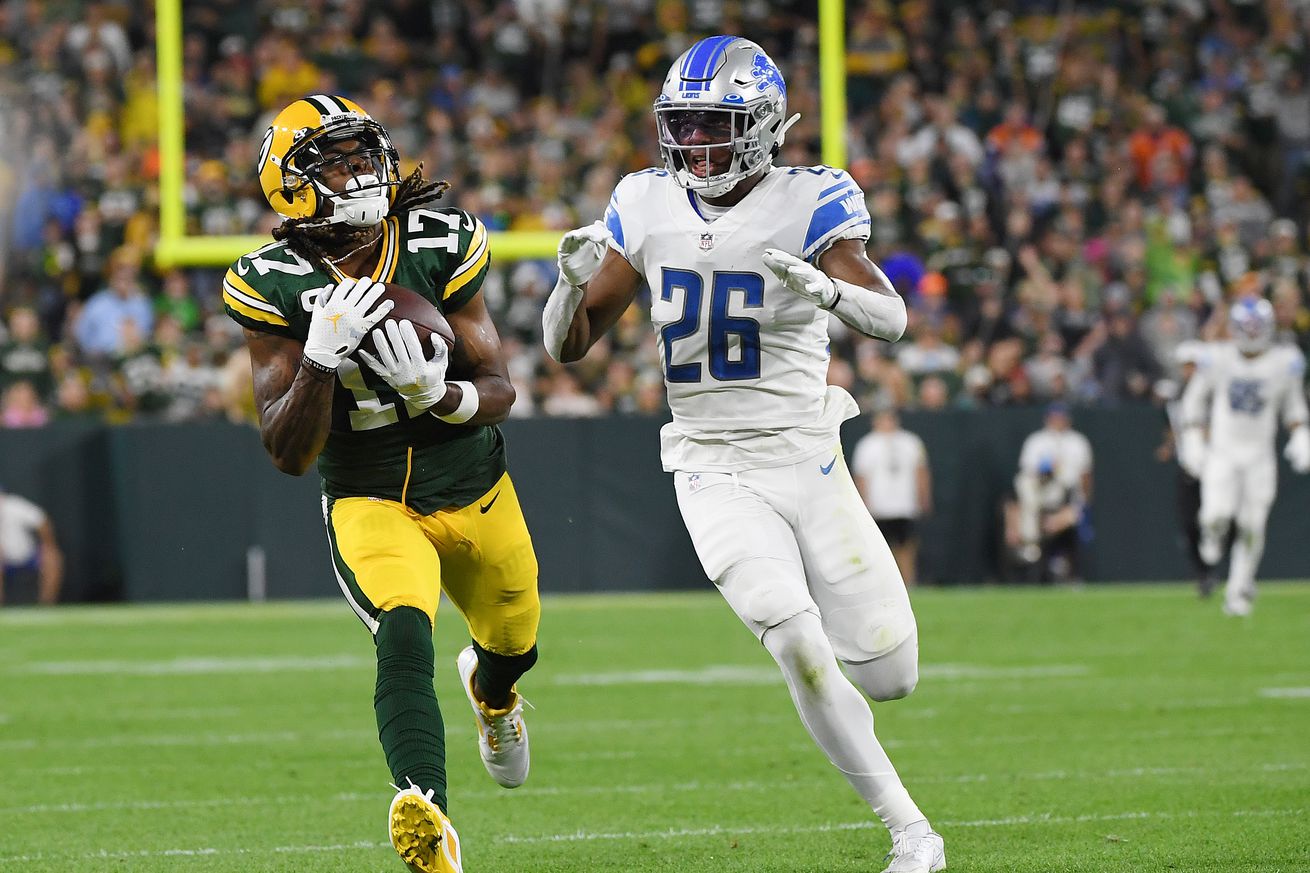 Two weeks into the season and the Lions have lost a second starting corner to injury.

The Detroit Lions' secondary isn’t getting any healthier.

Already losing their top corner Jeff Okudah for the season with an Achilles injury, the Lions were dealt another awful blow during their Week 2 loss to the Green Bay Packers, as Okudah’s replacement, rookie Ifeatu Melifonwu, also went down with an apparent significant injury.

At his post-game press conference, coach Dan Campbell was asked how bad Melifonwu’s injury was and he responded, “Yeah, it’s a bad one. Looks like he will be out for a little bit”.

Melifonwu started in Okudah’s place and was performing well in the first half. Davante Adams was kept quiet early on, but a 50-yard reception in the second half was bad for Detroit in multiple ways.

On the play, Melifonwu grabbed his leg after reaching to break up the pass—a nearly impossible catch to defend thanks to a perfect throw from Aaron Rodgers—and left the game immediately after. Bobby Price, a 2020 undrafted free agent and converted safety, stepped into the starting role when Melifonwu went down, and he could be in line for more snaps. Campbell did say he was encouraged by Price’s play in this game.

The Lions' cornerback depth is thin to begin with, and this injury could result in some roster shuffling. Amani Oruwariye and AJ Parker are starters on the outside and in the slot, respectively, but there is a massive hole at the other outside corner spot. In addition to Price, the other corners on the roster include undrafted rookie Jerry Jacobs and recent waiver claim Corey Ballentine (who typically lines up as a nickel option).

The Lions have a trio of corners on the practice squad—Parnell Motley, Nickell Robey-Coleman, and Daryl Worley—and one or two of them could be promoted in a pinch. Alternatively, the Lions could turn back to the free agent market, and there is the possibility that Detroit brings back Quinton Dunbar, although the Lions are adamant that he is not in their plans.

This post first appeared on Pride Of Detroit, A Detroit Lions Community, please read the originial post: here
People also like
Smartphones are Changing the Online Gambling Industry
5 Lions Megaways Slot – Pragmatic Play
Day 4 – How to Rehab a Painful Shoulder
Can an Injured Pedestrian File a Claim Against the Negligent Driver?
The Left vs Right Brain Myth
What is Health Insurance? Explained in HINDI by Health Insurance Sahi Hai

CB Ifeatu Melifonwu injury is “a bad one,” per Campbell