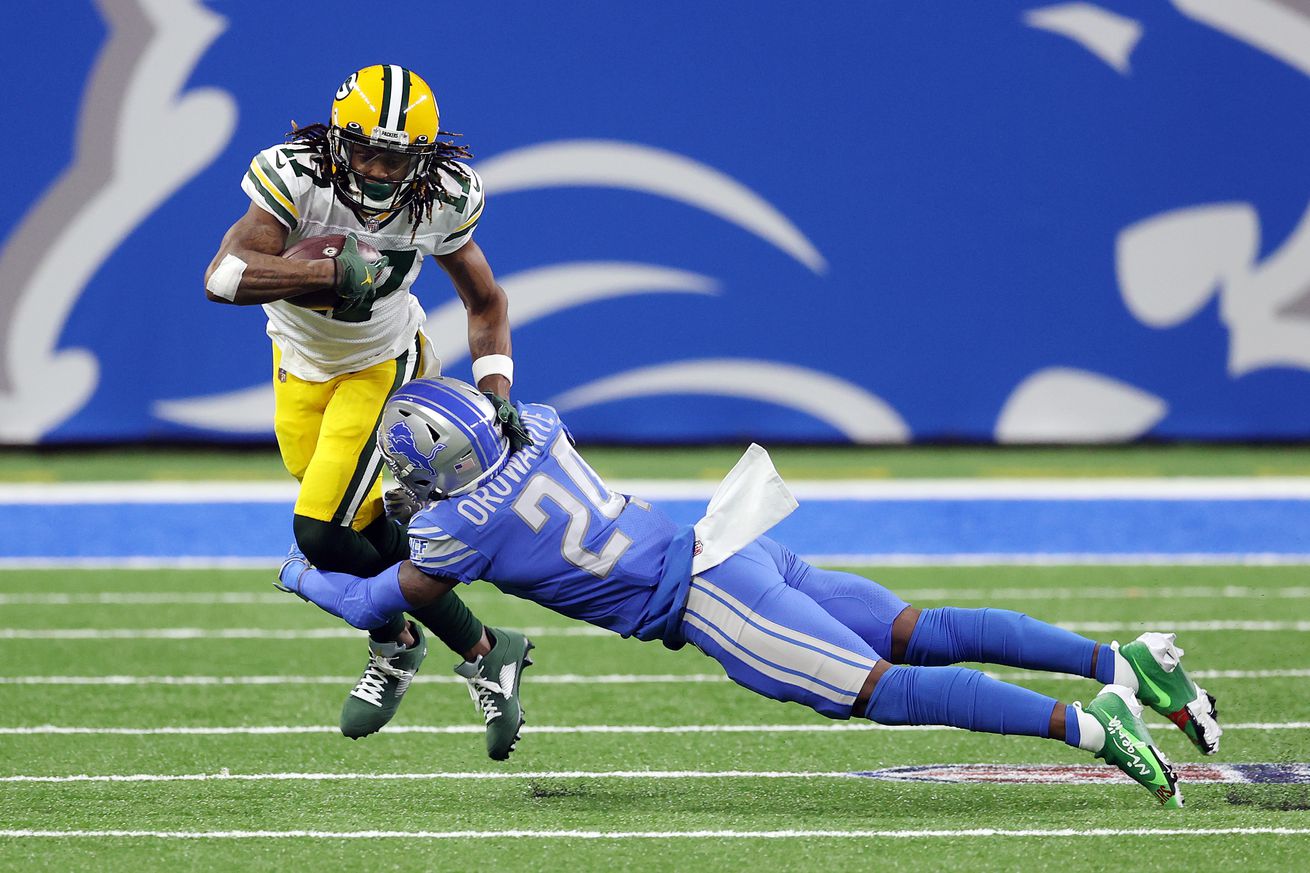 Who needs to shine on Monday Night Football?

A full slate of Sunday games are in the books, but the Detroit Lions are still waiting for their time to shine.

At least we hope they shine.

5 Lions Megaways Slot – Pragmatic Pla…
Dead Ends in Cryptanalysis #2: Timing…
How Does the Fortinet Firewall Work?
How Do You Get Bed Bugs?
Do Aliens Exist? Ex-Israeli Space Chi…

The Green Bay Packers might be coming off one of their worst games in the Aaron Rodgers era, but to dismiss them would be foolhardy. They were 13-3 in 2020 and a game away from the Super Bowl, and it would be an extreme shock if they don’t rebound. Sadly, the Lions look like the unfortunate team that has to face an angry Rodgers on Monday Night Football.

The Lions exited their Week 1 game against the 49ers with some answers and a lot of questions. The run game was surprisingly effective. The Defense was unsurprisingly ineffective. The passing attack was interesting to say the least. The Lions had some kinks to iron out in practice, and if they want to beat the Packers, they will need some players to step up.

My answer: I think Amani Oruwariye needs to step up the most.

There are a few worthy honorable mentions. With Tyrell Williams out, any number of receivers need to step up. Kalif Raymond is likely the WR1 entering the game, but with a career-high of just 187 receiving yards in a season, he doesn’t have the resume to instill confidence.

You could argue that due to the limited receiving corps, the running back duo of Jamaal Williams and D’Andre Swift need to step up again to ease the burden on offense. You could argue that Jared Goff needs to play like the Goff we saw in the fourth quarter more often. T.J. Hockenson played extremely well in Week 1, but there’s always the potential for a Travis Kelce-like breakout performance.

Every aspect of the defense needs to improve against a supposedly potent Packers offense. The defensive line, arguably the strength of the defense, got run over by the 49ers. The pass rush was lackluster—although the 49ers jumped out to such a big lead to the point that there weren’t any obvious passing situations.

However, I want to focus on the secondary instead, and Amani Oruwariye in particular.

Jeff Okudah’s injury puts a damper on the young cornerback group, and Oruwariye has to step up into the CB1 role in his stead. He will have to face none other than Davante Adams, one of the best receivers in the league. If the Lions want to stay alive, they need Oruwariye to contain Adams—shutting him down completely is a near impossible task for most corners. Adams had 115 yards and a touchdown in Week 14 last year against Detroit, and the secondary hasn’t improved much since then.

People were quick to write off Okudah as a bust, but he was still a promising piece of the defense. Losing him hurts on many levels. Oruwariye shined as a rookie, but that type of play has eluded him since getting a larger role. Not only is it important for him to step up for the sake of the defense, but it is also important for the sake of his career in Detroit. The Lions drafted Ifeatu Melifonwu—who will start across from Oruwariye—and he figures to be the eventual starter across from Okudah. This season could be Oruwariye’s last chance to cement himself as a starter, and there would be no better time than on Monday Night Football.

The Lions can’t fall behind like they did versus the 49ers. The offense hasn’t shown itself to be explosive enough to win a shootout, and given their effective run game, they would benefit from getting ahead and staying ahead. Staying ahead is on the defense, and it starts with the secondary. If you can disrupt the Rodgers-to-Adams connection, the Lions might have a chance. For that, Oruwariye looks like the man for the job. The question is, can he do it?


This post first appeared on Pride Of Detroit, A Detroit Lions Community, please read the originial post: here
People also like
5 Lions Megaways Slot – Pragmatic Play
Dead Ends in Cryptanalysis #2: Timing Side-Channels
How Does the Fortinet Firewall Work?
How Do You Get Bed Bugs?
Do Aliens Exist? Ex-Israeli Space Chief Reveals in a Shocking Claim that Aliens Have Arrived
Problems with valuations, again.
Learning The 3 Parts of My Change Triangle
The Punisher: A Timeless Character
7 Coolest Things On Amazon Under $50
Side Hustles for Nurses