Detroit Lions mailbag: How improved can the secondary be in Year 1? 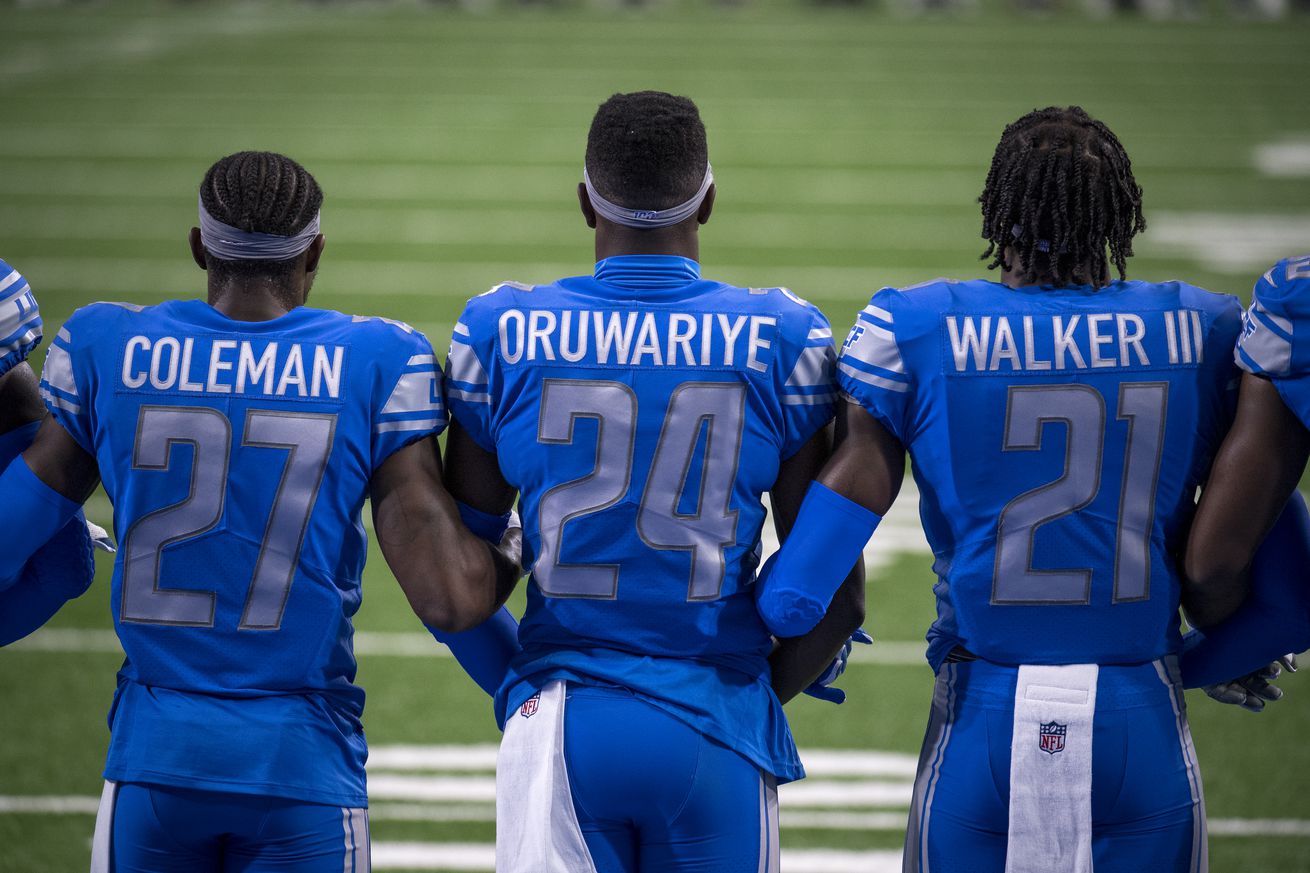 How quickly can Aaron Glenn get the Lions secondary turned around?

While expectations for the Detroit Lions remain relatively low in 2021, there are some aspects of the team that should be much improved this year. At the forefront of that conversation is the team’s secondary, which is coming off a year defined by intense struggles, injuries, and really no signs of optimism.

5 Lions Megaways Slot – Pragmatic Pla…
Library Street Collective, Detroit
“The Friend Who May Not Seem a Friend…
How Online Games Can Help Hone Vital …
The ‘Blob’ Anomaly and How We are Res…

But a new year brings a new regime, and one of the Lions’ most praised offseason additions was the hiring of Aaron Glenn as the team’s defensive coordinator. Glenn has overseen some of the best secondaries in recent memory and has a fantastic resume filled with examples of helping young players advance their game. Lucky for Detroit, their secondary is filled with young players with untapped potential. And they’ve already seen some of the benefits of adding Glenn to the coaching staff.

“Within the first couple of meetings, I was just picking up so much things that I thought to myself, ‘It just would have been nice to have these tools in my toolbox in my rookie year,’” Jeff Okudah said back in May.

“It’s a blessing to be able to play under this coach, in this scheme,” safety Tracy Walker said a month later. “First off, I appreciate the knowledge that I’ve been learning and the tips these coaches have been giving me. Just to be quite frank, God willing, I feel like I’m going to have a good year, just off how the system runs and just the way that I’m being treated.”

“Coach Glenn and (defensive backs coach Aubrey) Pleasant bring so much knowledge to the game,” third-year corner Amani Oruwariye said. “I feel like I’ve already grown as a player and it hasn’t even been that long. It’s been fun.”

But talk is cheap in the offseason. The potential for improvement is there, but how much development can be expected in Year 1? Can this be a top-10 unit? Is average a more realistic goal? How long could it take for this secondary to reach its full potential?

That’s a big topic on this week’s Detroit Lions Mailbag podcast, in which we answer questions from a live audience on the Spotify Greenroom app. Other topics we talked about this week include:

Subscribe to the PODcast on Apple Podcasts, Google Podcasts, Spotify, Stitcher, or iHeartRadio. Or, if you want to be part of the show next time, download Spotify Greenroom on your Apple or Android device and follow @PrideofDetroit. Check in here at the website or on our Twitter page for the time of our next show and join us!

This post first appeared on Pride Of Detroit, A Detroit Lions Community, please read the originial post: here
People also like
5 Lions Megaways Slot – Pragmatic Play
Library Street Collective, Detroit
“The Friend Who May Not Seem a Friend” – The Cat and the Fire, Post 2 of 3
How Online Games Can Help Hone Vital Business Skills
The ‘Blob’ Anomaly and How We are Responsible for It
Interview with the legendary comic book artist and writer William Messner-Loebs
West Runton Camping & Caravanning Club
75+ Fun Things to do With Kids at Home (updated for self-isolation)
WWE Friday Night Smackdown results and recap: March 13, 2020
Metropolitan Museum’s Emperor’s Carpet
21 Most Instagrammable Places In Peru {Top Peru Hidden Gems}
The Stories Behind 10 Rock Band Logos
OPINION - Shields and Brooks 8/2/2019
What to Do If You Encounter a Mountain Lion

Detroit Lions mailbag: How improved can the secondary be in Year 1?