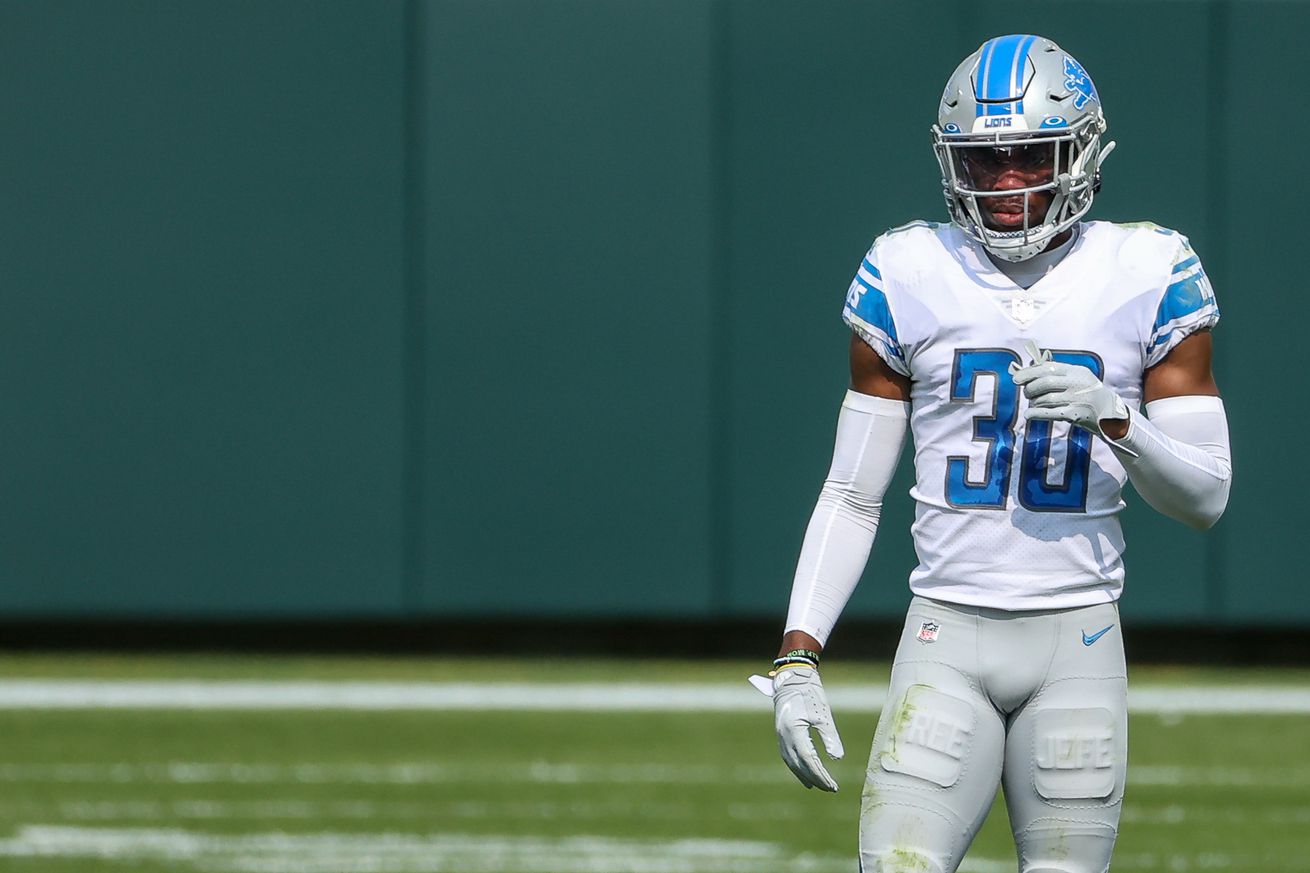 After a plagued rookie season, what do you want to see from Okudah in 2021?

After a season plagued by poor coaching and injuries, Jeff Okudah seems more than ready to put 2020 firmly behind him.

“It’s only been two or three months,” said Okudah back in early May, “and we still have all this work to do. But it has me excited of how much more there is to learn and how much better there is to get leading up to the season.”

Okudah ranked 115th out of 121 qualifying cornerbacks in 2020, and after being drafted third overall by Detroit in the 2020 NFL Draft, his play didn’t live up to the lofty expectations that come with being that high of a selection. Some of that is the previously mentioned combination of lackluster coaching and injuries, but another explanation is the gauntlet of wide receivers Okudah faced in his rookie campaign:

The NFL schedule did not do Okudah any favors in his rookie year#OnePride https://t.co/9W3KeRMnFU

This leads us to today’s Question of the Day...

It’s really easy to set an arbitrary number for interceptions and passes defended to help validate Okudah’s selection at third overall, but I think that way is a bit too simple to measure his success in Year 2.

For me, I want to see Okudah doing less peeking in the backfield. I want to see him not be so hesitant to trust his instincts and decision-making—two traits he was lauded for coming out of Ohio State. I want to see him continue to make an impact as a run defender while working on his ability to cover. In his second season, I want to see a cornerback who grades out by PFF as one of the top-30 cornerbacks in the NFL.

There’s a steep learning curve playing the cornerback position at this level and plenty of cornerbacks learn that lesson. I think Okudah is the kind of corner who makes a marked improvement in Year 2 by being coachable and hungry to prove himself.