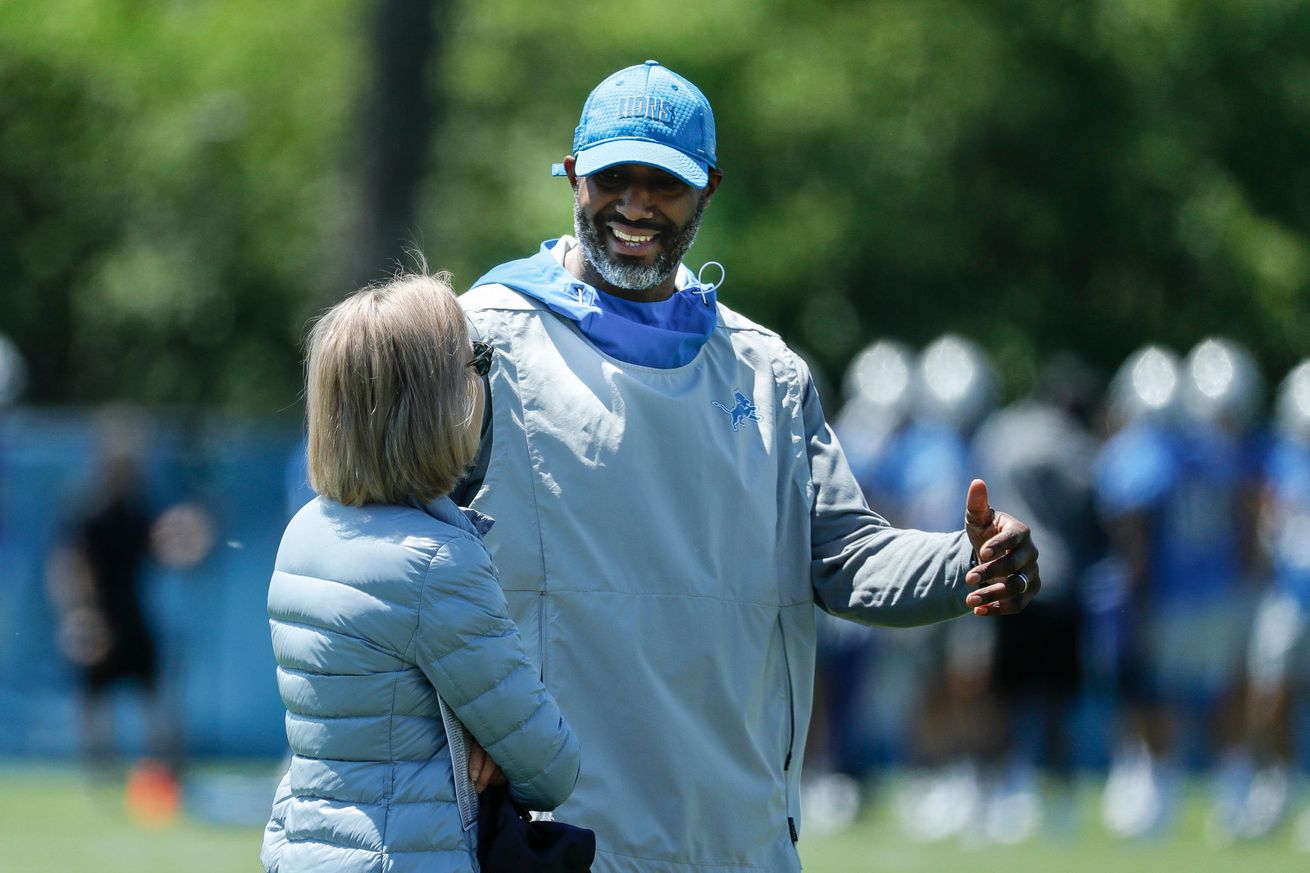 You’re going to want to run through a wall for him, too.

There are many reasons to admire and appreciate the current general manager of the Detroit Lions, Brad Holmes. You might like the fire and passion he brings to the job. You might like the way he is bringing the Lions organization forward in using modern data analysis in its decision-making. Maybe you like the collaborative atmosphere in Allen Park. Heck, maybe you just yearn to see the team be more economical at the running back position like an editor in chief who shall not be named.

Justin Rogers at the Detroit News has an uplifting story to add to the pile of stuff to like. His fantastic reporting on how a college-aged Holmes successfully battled back from serious injuries sustained in an automobile accident went live on their site yesterday:

Turning around the Lions will be tough, but Brad Holmes has faced worse. In college, he was in an accident that put him in a coma and paralyzed half his body. Yet he fought back and was named a captain of his college team a year later. A remarkable story: https://t.co/NB3SX9gRVM

Seeing how energetic and vital he is today you would never know it, but there are still some lingering things from the accident: “His injuries were bad, including a ruptured diaphragm. While in the hospital, he suffered a stroke and was in a coma for a week. And when he came to, that right side which still has some residual effects, was paralyzed.”

Reading Justin Rogers’ story, you get the sense that Brad Holmes and Dan Campbell absolutely belong together. It’s a great pairing of front office and coaching staff personalities that align in values as well as enthusiasm and positivity. Definitely head on over and read the full story, you won’t be sorry.

Now, on to the rest of today’s Notes:

Come join our team! We're looking for a junior dev with a passion for football to help us build web apps for our internal football departments.

If that describes you or someone you know, check out the job posting below ⬇️ https://t.co/MWmzy8PcAg

This post first appeared on Pride Of Detroit, A Detroit Lions Community, please read the originial post: here
People also like
The Sign of Four
How Online Games Can Help Hone Vital Business Skills
45 Best Business Coaches to Follow
The Guide to Make Your Business Pinteresting
Ratt Problem – GEICO Insurance
Antiracism Resources for White Teachers & Parents
Green Arrow: The Archer Quest I One of the most underrated stories regarding the Emerald Archer
West Runton Camping & Caravanning Club
Metropolitan Museum’s Emperor’s Carpet
Is the Rivalry between SWIFT and Ripple a worthwhile look?