Open thread: Which under-the-radar receiver could impress this season? 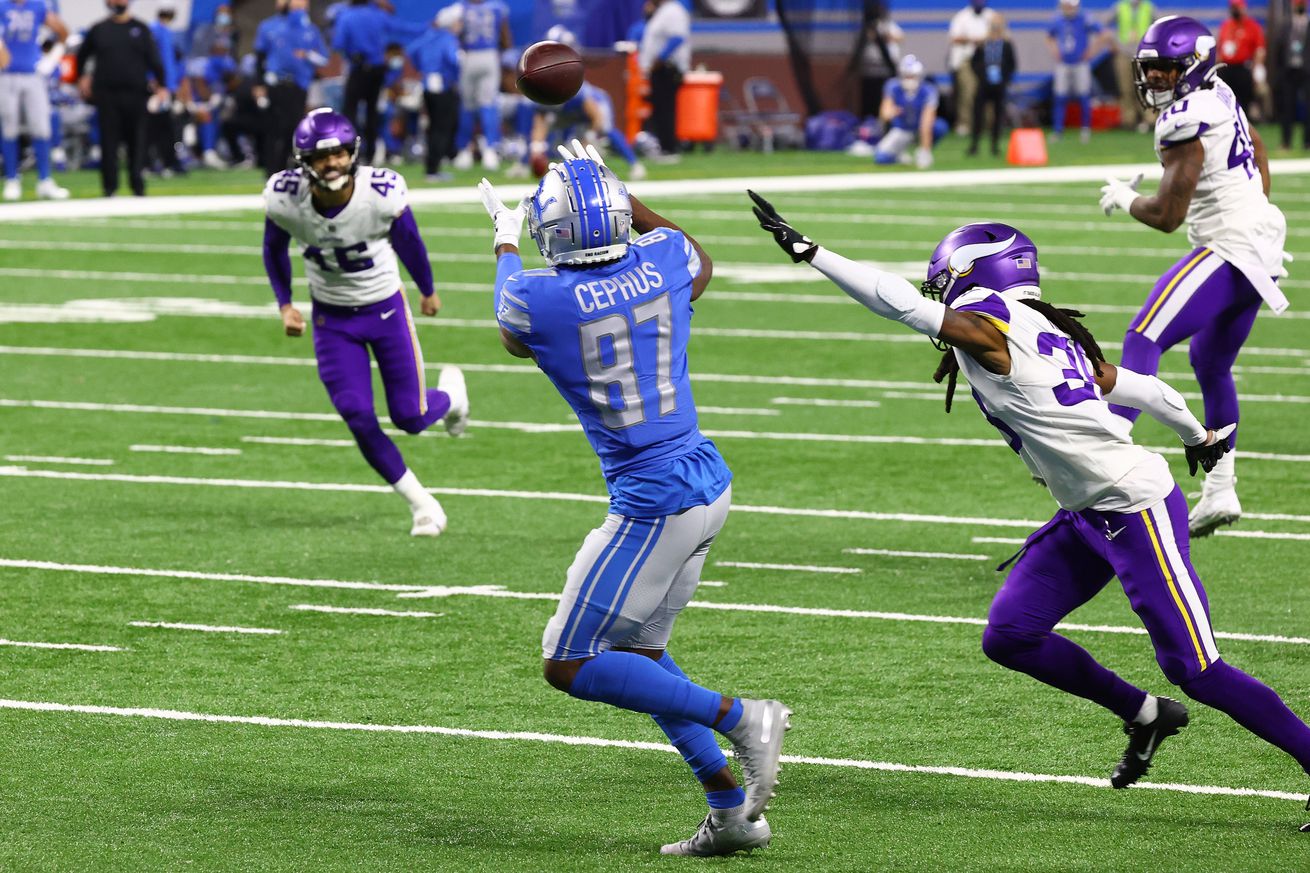 Which Receiver could surpass expectations?

Few positions face a sharper contrast from 2020 to 2021 than the Detroit Lions wide receiver corps.

The departures of Kenny Golladay, Marvin Jones, and Danny Amendola were not unexpected, but the current group pales in comparison to what was one of the few positives of the Matt Patricia era. Tyrell Williams and Breshad Perriman were brought in as the top options for new quarterback Jared Goff, but neither has the career success to warrant excitement at the WR1 position. In fact, the Lions brought in another receiver this offseason with more career receiving yards than those two—Antwaan Randle El! Randle El will obviously be coaching the receivers and not playing, but it paints a pretty clear picture for Detroit: they need players to impress.

A Balanced Response to Allen Gwinn
My alternative summer: travel writers…
Five Things You Don’t Need To Get Hea…
How to Tell if You Have Bed Bugs?
How Gender Equity Impacts the Bottom …

Although a fourth-round pick, many are hoping Amon-Ra St. Brown can quickly develop into a starting-caliber receiver, perhaps even jumping Williams or Perriman up the depth chart come season’s end. After him, however, there is a lot of uncertainty.

Quintez Cephus has the highest pedigree of the bunch, being a 2020 fifth-round pick. On the other hand, a completely new coaching staff and front office means he is not a lock to make the team. With 20 catches to his career, he is likely on even ground with the rest of the pack. Elsewhere, Kalif Raymond has the benefit of being the lead returner—or at least he is expected to be—which gives him some additional value. He could see action on offense if he impresses, and is probably the next likeliest receiver to make the team.

The undrafted free agents are an interesting group, led by Sage Surratt and Jonathan Adams, both of whom were considered draftable prospects. Although they aren’t burners like some of the players Detroit has brought in, they will likely be given a fair shot this Training Camp to not only make the team, but contribute too. Javon McKinley is another UDFA looking to make the team, who got a hefty $100,000 guaranteed as part of his deal, indicating the Lions liked him a lot. Size is at the forefront of this group, with each receiver coming in at over 6-foot-2 and 210 pounds.

The receivers are rounded out by a mixed bag. You have Tom Kennedy, the former lacrosse player, and Victor Bolden, both of whom have been with the Lions since 2019. Geronimo Allison will make his Lions debut after opting out last year. Damion Ratley was signed as a free agent this offseason after playing on three teams in 2020. Expectations for these players are modest at best, but with no frontrunners, it could be a very close battle for a few roster spots. Special teams will play a factor too, either as returners or gunners.

Williams, Perriman, and St. Brown are the likeliest candidates to contribute in 2021, but which others receivers could surprise?

Which under the radar receiver could impress this season?

My answer: I think Quintez Cephus will exceed expectations this year.

Some will disagree with me by saying that Cephus isn’t under the radar, but I think he is. A new regime means that the coaching staff is getting fresh looks at a lot of players, and I don’t believe Cephus did enough in 2020 to cement himself a large role going forward. His status as a former fifth rounder is just that—a status. Dan Campbell and company won’t feel obligated to give him touches if he doesn’t earn them. He likely enters training camp with the best shot of the reserve receivers, but a disappointing camp could mark the end of his time in Detroit. Additionally, the three UDFAs brought in by the Lions all match the mold of Cephus as bigger receivers. There will be competition for his role.

That being said, I think Cephus could impress.

Cephus has stood out so far in training camp, and I am still reminded of the praise Jeff Okudah gave for him during the 2020 NFL Draft. He is one of the slower receivers on the team, but if he can showcase his skills as a more technical receiver, he could be dangerous despite the lackluster athletic traits. He has a few touchdowns in camp thus far, so the early impressions for the coaching staff are positive. I am excited to see more from him during training camp, given that I was critical of his selection last year. I don’t expect something as drastic as 1000 yards, but he could play himself into a position to well exceed his performance from 2020.


This post first appeared on Pride Of Detroit, A Detroit Lions Community, please read the originial post: here
People also like
A Balanced Response to Allen Gwinn
My alternative summer: travel writers’ plans for an epic UK adventure
Five Things You Don’t Need To Get Healthy and Stay Fit
How to Tell if You Have Bed Bugs?
How Gender Equity Impacts the Bottom Line
MICRO BUSINESSES

Open thread: Which under-the-radar receiver could impress this season?