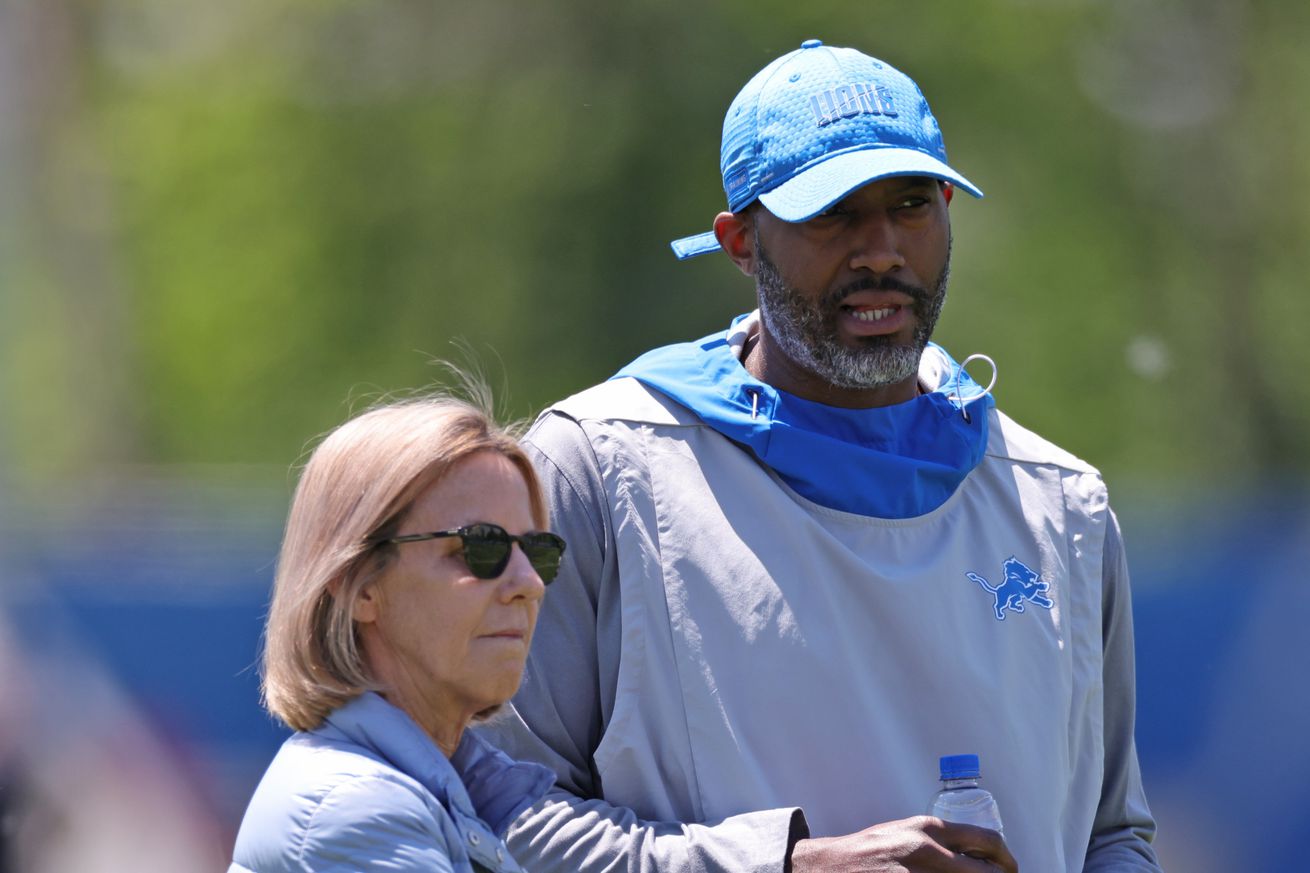 Back in February, Chris Spielman, the Detroit Lions’ special assistant to owner Sheila Ford Hamp and team president Rod Wood, jumped on local sports talk radio station 97.1 The Ticket, and said something that created days worth of Lions chatter. Spielman noted how impressed he was with Ford Hamp’s involvement in team operations, including sitting in on free agency meetings.

That caused many to have a conversation that Lions fans weren’t used to having: Is the owner too involved with the team? Why is Ford Hamp in on free agency meetings? Is she being too meddling in a new regime?

“You see that narrative put out in the media that ‘Sheila is involved,’ and all that and I’m like, ‘They don’t even understand,’” Holmes said. “It’s probably the opposite of what they’re thinking.”

Holmes clarified the free agency meeting situation, noting that both he and head coach Dan Campbell actually invited her to be present during the meeting.

Instead, Ford Hamp is involved in all the other positive ways. She’s providing technological upgrades to the draft war room, she moved her office closer to everyone and has her door always open in case she needs to be reached, and she continues to preach what everyone else in the building is parroting: collaboration.

That is a familiar message to Holmes.

“That’s what I came from with the Rams, everything being collaborative,” Holmes said. “And I saw from the previous regime to the current regime with the Rams, that was a big change in that culture, with creating success. So that was natural for me.”

Holmes interview with Rogers is definitely worth your time, as they tackle other issues from his vision of rebuilding vs. retooling and why he viewed the Lions as such a perfect match for him. The full transcript is behind The Detroit News’ paywall, but it’s also just Part 1 of Rogers’ two-part interview with Holmes.

This post first appeared on Pride Of Detroit, A Detroit Lions Community, please read the originial post: here
People also like
The Sign of Four
The Keys to Business Success | 20-Point Exhaustive Checklist
Ratt Problem – GEICO Insurance
Hired an Autosleeper Duetto
Auto Makers in US to Reopen their Plants
An end to Bitcoin? Google Pay “smart checking”
A Painful Talk (Pain and How It Feels)