POLL: How many interceptions will Jared Goff throw in 2021? 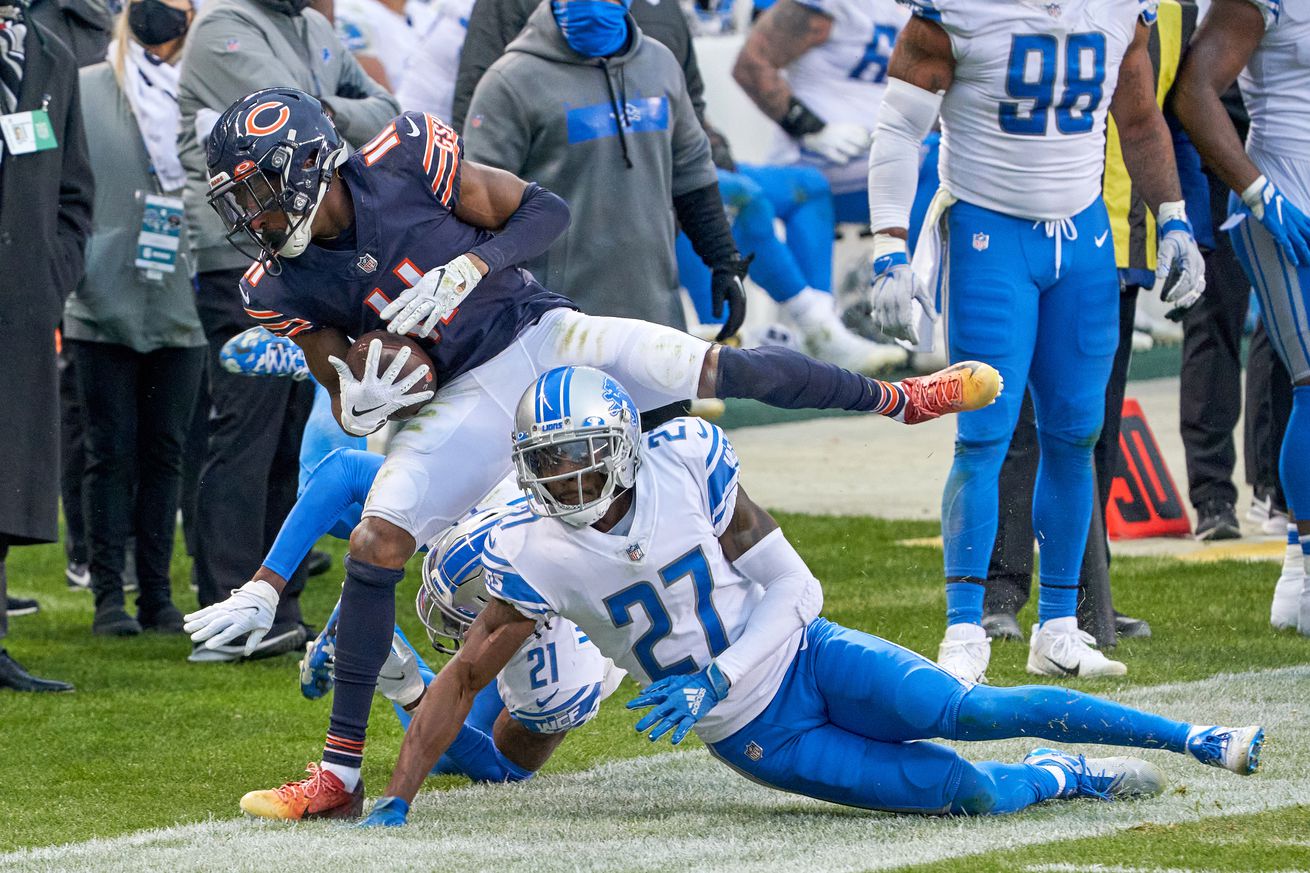 The first interception of minicamp belongs to Will Harris. Will it be the first of many for Goff?

On Tuesday, we got word from fearless leader Jeremy Reisman that Will Harris had produced the first interception of minicamp.

During the podcast this week, I said I wanted to see the defense get an interception for the first time this offseason.

Got my wish today.

The culprit: Will Harris, who picked off Goff during a goal-line 7-on-7 drill.

While that wouldn’t be notable for most teams, it is for a Detroit Lions team that is moving on from a regime under which turnovers, particularly interceptions, were quite sparse. It was part of a larger stellar effort from the defense in minicamp Tuesday. Whether that means the defense is upping its game or the offense is underwhelming is still to be seen, but Will Harris is not who I would’ve expected to snag the first pick.

Question of the day: How many interceptions will Jared Goff throw in 2021?

In his four seasons as a full-time starter, Goff has thrown 7, 12, 16, and 13 picks, respectively. That’s a concerning uptrend, and one that I think will stick as he transitions to a new offense for the first time since being drafted. That, combined with the fact that he’s working with a rather lifeless wide receivers unit, doesn’t make me think the interceptions will go down in 2021.

Your turn. How many picks will Jared Goff have in 2021?

POLL: How many interceptions will Jared Goff throw in 2021?