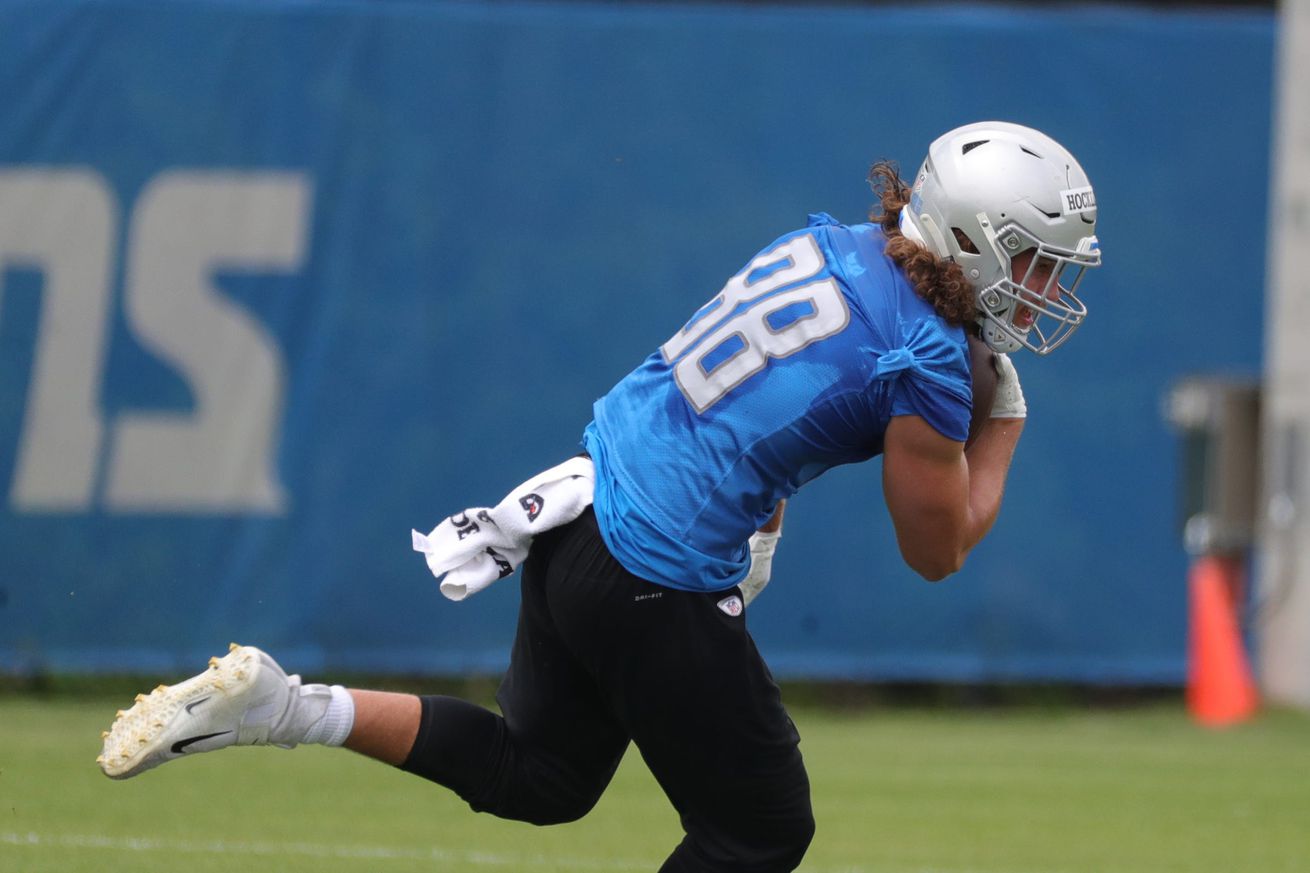 A look at the most notable events from Wednesday’s Practice.

It was another hot and balmy day at Allen Park as the Detroit Lions took the field for their second of three minicamp practices. Intensity remained high, as the team focused heavily again on one-on-ones, and seven-on-sevens in the red zone with some special teams sprinkled in.

A Balanced Response to Allen Gwinn
7 Reasons Why You Should Hire A Femal…
[Extended ECQ Advisory] #ExtraCareAtH…
“The Friend Who May Not Seem a Friend…
Luis Mexicantina, Gdynia

Wednesday’s session continued the trend of high-energy output from both the coaching staff and the players, with a little fun to end the day’s session. Here are my overall thoughts on Day 2 of minicamp.

Five of the Lions’ 89 players were not practicing and were not seen on the sidelines on Wednesday:

Earlier in the day, head coach Dan Campbell noted that Bryant and Reeves-Maybin were suffering from some minor injuries and it appears they are being held out for precautionary reasons.

The reason for Jeff Okudah’s absence is not yet known, but it’s worth noting he finished Tuesday’s practice without incident. Derrick Barnes returned to action after sitting out on Tuesday.

The defense picked up where it left off on Tuesday, which is to say they had a pretty good edge on the offense to start the day. Ifeatu Melifonwu and Will Harris picked up early pass breakups on Breshad Perriman and Kalif Raymond, respectfully. Rookie cornerback AJ Parker and Corn Elder also got their hands on passes, with Elder’s rep coming against projected starter Tyrell Williams.

For the first time in minicamp, we saw the offense and defense face-off at midfield during seven-on-sevens, rather than red zone action (though that would come later).

During this session, tight ends absolutely took over the show. Even though T.J. Hockenson had a drop with Alex Anzalone in tight coverage during the first set of Reps, he made up for it with an easy short reception during the second set. But the real show came from the Lions’ reserves. Alize Mack caught a rope from Jared Goff right up the middle on a seam route, beating Dean Marlowe. A few reps later with David Blough at quarterback, Brock Wright nearly did the exact same thing.

One other quick note from this set of reps, Quintez Cephus had a very physical play against Parker. First, he arguably got away with a push-off, then followed it up with an aggressive stiff-arm right next to the defensive sideline that nearly started a scrum. The sides separated after some chatter without incident.

For the first time in front of media, the Lions worked on some kickoffs. Of note, during the first set of kickoffs, Victor Bolden and Tom Kennedy split return duties. For the second set of special teams reps, it was Kalif Raymond and... wait for it... D’Andre Swift.

As practice was winding down, the Lions had a quick competition break. In the middle of the field, the Lions set up two big circles with one tackling dummy on the perimeter. One circle was for an offensive player, the other was for a defensive player.

The two players would then race, having to complete one lap around the circle—working on speed and bend—and the first to hit the dummy wins. Here were the results of the four reps I saw:

Then, to close things out, the coaches got involved. In an extremely ugly rep, defensive assistant Brian Duker edged out offensive quality control coach Steve Oliver.

After getting stymied by the defense yesterday, Goff and the offense took command on Wednesday. Goff went three-for-three in his first set of goal line passes, but the defense didn’t make it easy. D’Andre Swift made the play of the day with a one-handed, bobbling catch with Jahlani Tavai all over him. Swift has been unguardable all offseason (he juked Alex Brown earlier in practice that had Brown limping afterward), but it was great coverage from Tavai.

The other two touchdowns belonged to Tyrell Williams with Oruwariye in close coverage and Hockenson, who had Will Harris complaining of a push-off. In the next set of reps from the first-string offense, Hockenson left Harris three steps in the dust for an easy score.

Fullback Jason Cabinda closed out practice with a touchdown grab over linebacker Anthony Pittman, who was visibly upset with himself for letting the offense win the day.

This post first appeared on Pride Of Detroit, A Detroit Lions Community, please read the originial post: here
People also like
A Balanced Response to Allen Gwinn
7 Reasons Why You Should Hire A Female Divorce Attorney
[Extended ECQ Advisory] #ExtraCareAtHome: Globe committed to deliver service support to customers under extended ECQ
“The Friend Who May Not Seem a Friend” – The Cat and the Fire, Post 2 of 3
Luis Mexicantina, Gdynia
Short Happiness Quotes From Famous and Unknown People