Free agent profiles: Is there enough upside to bring back Logan Thomas? 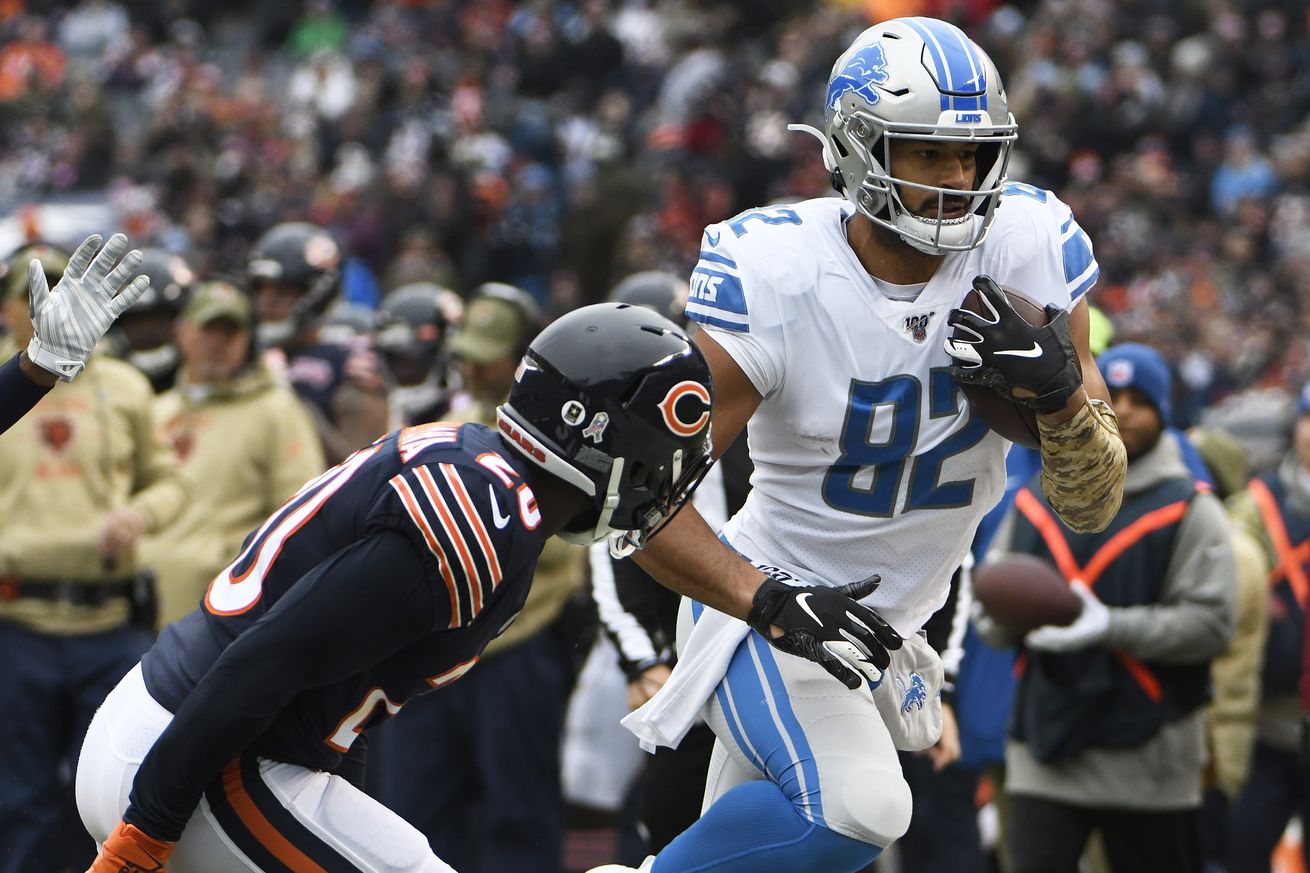 Converted to tight end from quarterback, Logan Thomas has always been a project. That paid off some in 2019, but will he return?

The Detroit Lions completely overhauled their tight end room to start the 2019 season. After an absolutely abysmal showing by their 2018 crop, the team decided to bring in new players both in the draft and free agency, which included finally getting Logan Thomas into the room.

The team had previously acquired Thomas in November of 2016 only to have him snatched up from their Practice Squad a couple days later. When they finally got him on the field, it looked like they had an idea of how to use him in Darrell Bevell’s offense, though the results were ultimately mixed.

Previously in this series:

There weren’t really any. Logan Thomas wasn’t on the roster in 2018, playing for the Bills ever since they poached him from the Lions practice squad and finished his conversion from quarterback to tight end. Making that conversion, you don’t really expect a tight end to have much experience or upside as a blocker, so it’s play-making ability you’re really looking for, adding a dynamic threat with an elite athletic profile and promising run after the catch ability.

Appearing in all 16 games, Thomas never really made a huge impact in games. He would show up from time to time, catch a pass or two, then you wouldn’t hear much about him. Even after T.J. Hockenson went down with injury, Thomas didn’t do much to stand out as a playmaker. There still weren’t a lot of negatives to his game as a pass catcher, and he managed to haul in 10 first downs on the year. His blocking, as you would expect, was problematic.

What should the Lions do with him?

The case for re-signing:

There’s very little downside to keeping this group together. If Hockenson takes the step forward that most expect, and Jesse James finds a way to be more productive in this scheme, having a third tight end that has already shown himself to be occasionally useful can provide a boost to the team over the course of a season at very little cost.

The case against re-signing:

The team drafted Isaac Nauta with the hopes that he could find a use in their offense. It didn’t really work out early on, with him only landing on the practice squad, and he didn’t really find a role until there was an opening at fullback. If the team thinks that Nauta is developing beyond what he showed on the field, they may not see a need in bringing back Thomas for his veteran presence and potential chain moving ability in lieu of a more steady and versatile presence that Nauta could theoretically create.

I was a bit disappointed we didn’t get to see more of Logan Thomas in 2019. There were moments in training camp where he was absolutely uncoverable, and if Darrell Bevell truly schemes more work for the tight ends in 2020, then there is certainly a role for someone with Logan Thomas’ skillset here. While he showed a bit of production on the year, I doubt he’s done much that would cause his price tag to be significantly raised, so cost shouldn’t prove too much of an issue, either.

Free agent profiles: Is there enough upside to bring back Logan Thomas?