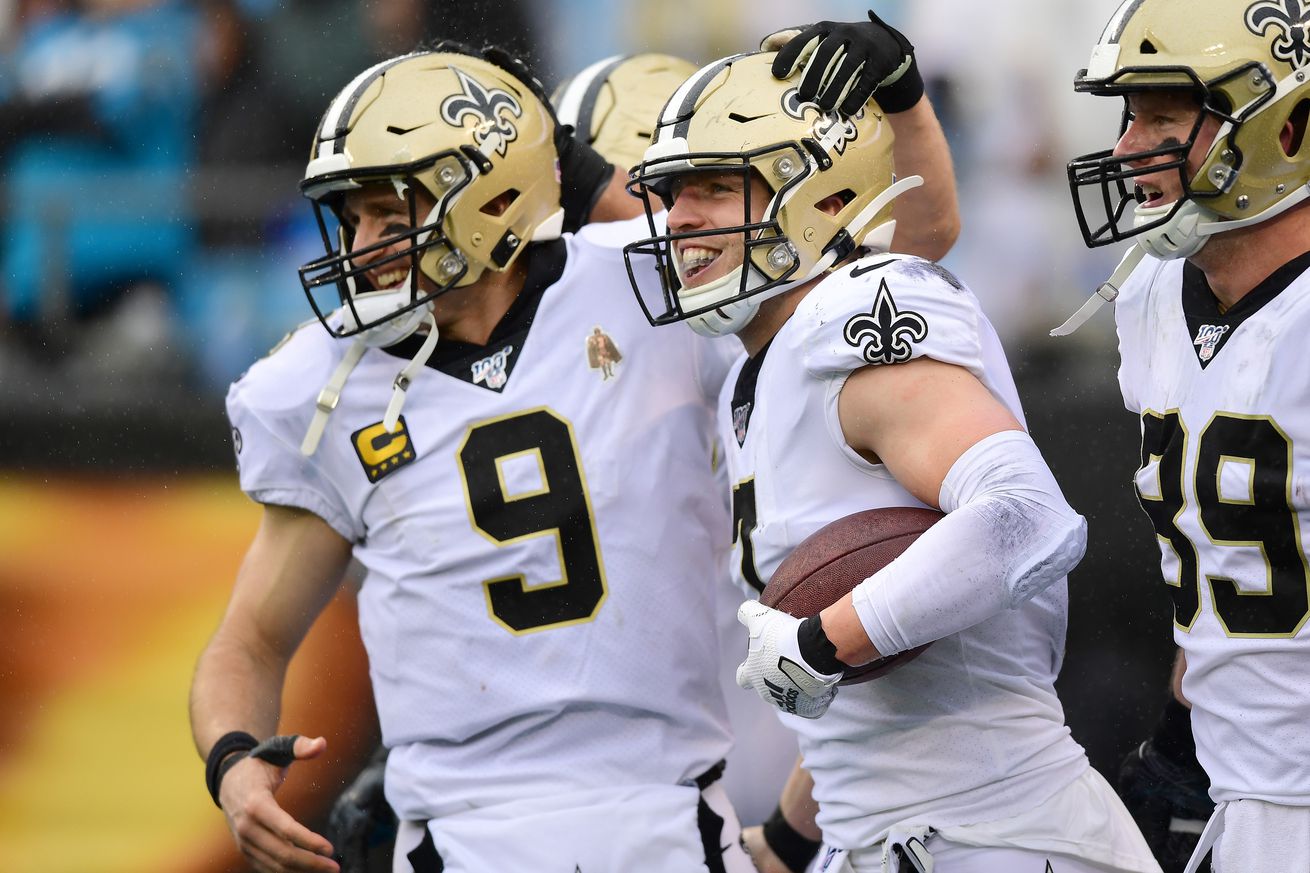 The NFL regular season is officially over. The field has been slimmed down from 32 to 12 as the best tournament in all of sports gets under way next weekend. Here is how the remaining teams rank heading into the NFL playoffs.

The Ravens stormed their way into the postseason with a 14-2 record, and even benching their stars in the season finale could not stop them from winning. They are on a 12-game winning streak and will be heavy favorites against who ever they happen to meet in the divisional round.

The 49ers clinched the NFC West—and by virtue home field advantage in the playoffs—by a matter of inches after a near collapse against the Seattle Seahawks in Week 17. They will hope the Philadelphia Eagles can help them out a bit so they do not have to meet the Seahawks once again in the divisional round.

Despite missing out on a first-round bye, the Saints should be one of the favorites to win the Super Bowl this season. They open up their playoff campaign at home against a tough Vikings team, and if they pull out a win they go head to head with the Green Bay Packers.

The Chiefs managed to steal a first-round bye from the New England Patriots this week. They most likely will end up re-matching the defending champions in the divisional round, though.

Seattle came oh so close to winning the NFC West and getting to play host on Wild Card weekend. Unfortunately for them, they came up just short and will travel cross-country to play the Eagles in a tough road environment. While they will be heavily favored, they cannot take Philadelphia lightly.

The Packers avoided disaster against the Lions this week, winning on a last-second field goal and clinching a first-round bye. They will hope their old friends the Vikings can do them a favor on wild card weekend, and bounce the Saints for them.

Houston rested their starters in Week 17, already preparing for a tough matchup against the vaunted Buffalo Bills defense. The Texans most likely have enough firepower to knock off the Bills, but they cannot let the game turn into a defensive battle.

This year’s New England squad is the worst we have seen in a long time, as the offense has had trouble moving the ball all year. A Week 17 loss at home to the Miami Dolphins knocked them out of a first-round bye, and now they get to take on a familiar foe in Ryan Tannehill on Wild Card weekend.

Minnesota is talented enough to have won the division in any other year, but they fell into a Wild Card spot in the extremely top-heavy NFC in 2019. Their reward is arguable the hardest matchup in the opening round, as they are forced to take on Drew Brees in the Superdome in a rematch of 2017’s Divisional Round classic.

Ryan Tannehill and his Titans earned a surprise Wild Card bid after knocking off the Texans in Week 17. Now a Titans team that has a coaching staff full of ex-Patriots gets to travel to their hold home in Foxborough for a Wild Card tilt.

The Bills were carried to the playoffs on the back of a great defense, and they will need that defense to step up once again this week, as they face off with a talented Texans offense.

Philadelphia managed to sneak into the playoffs despite a mediocre season. They get to host a playoff game against a Seahawks team that will be travelling cross-country, though, so do not count them out just yet in the playoffs.