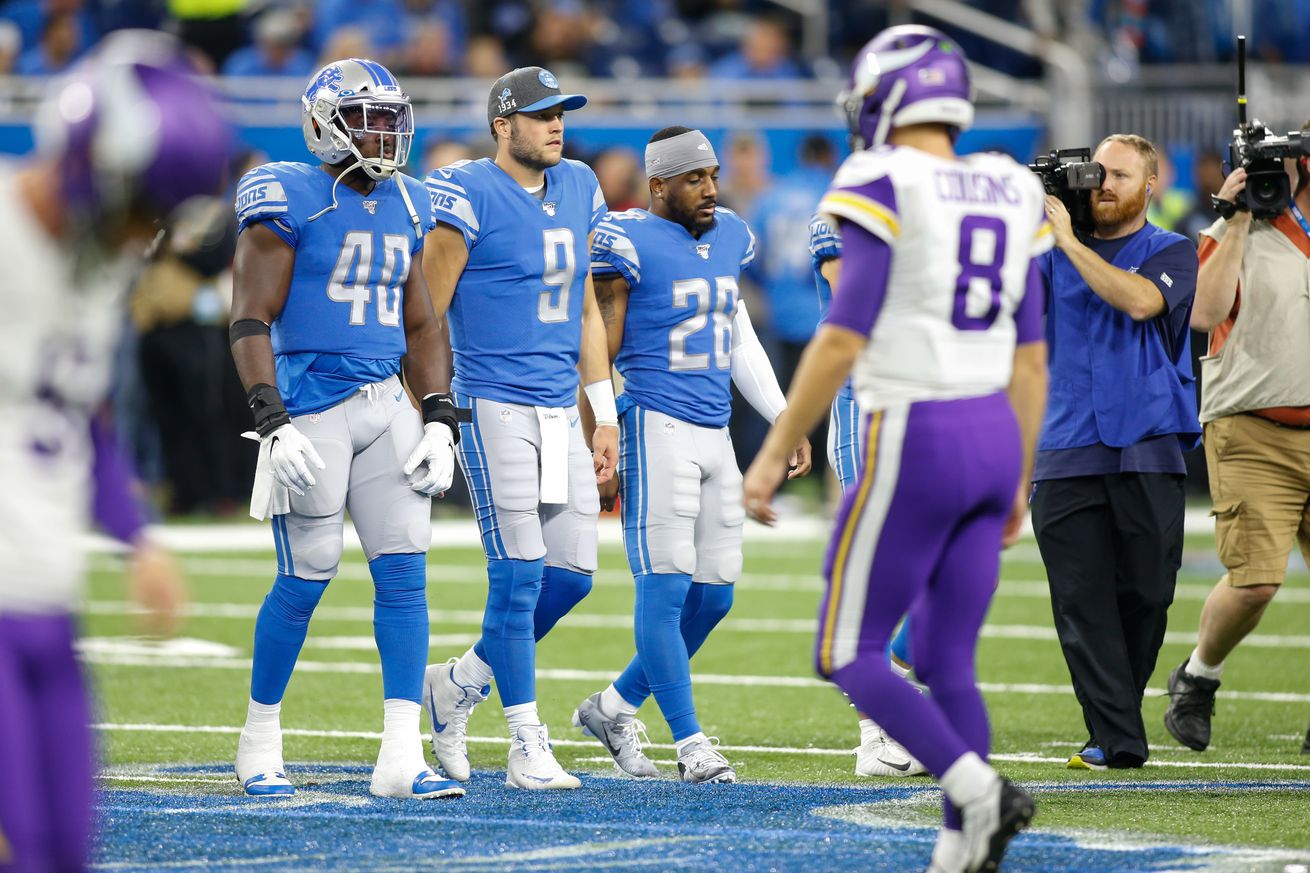 GM does not regret sending the former Detroit team captain to Seattle.

During his year-end press conference (skip ahead to 14:58), Lions general manager Bob Quinn was asked about the Quandre Diggs trade to Seattle. Quinn said he “thought it was the best thing for the football team at the time.” Based on comments during the presser, the team was confident that the younger players on the roster were ready for larger roles and replacing Diggs’ contributions were intended to be split between two players.

According to Quinn, the Lions “felt good with Will Harris stepping in there and playing,” and Diggs’ veteran personality in the secondary could be filled by Tracy Walker. Recall that the team had Walker lead the celebration after the Lions’ win in October over the Giants.

Tracy Walker leading the speech at the end.

Interpret that as you will. https://t.co/xRibxZUnUs

It was a tremendous blow to the overall plans surrounding the trade, then, when “unfortunately the week after (the trade), Tracy (Walker) got hurt. So it was kind of a tough week or two there when you make that trade, and then a guy that you’re really counting on to take that leadership role gets hurt and he misses a couple weeks.”

Quinn appeared to regard the sequence of events as bad luck, shrugging his shoulders before concluding “that’s just something we decided was the best thing for the team at the time.” Asked for clarification as to whether he regretted the trade now, the general manager was quick to respond with a clear “no.”

It seems Diggs was following the presser, and he posted a GIF of Nino Brown from the movie “New Jack City” to his Twitter feed as it was happening: