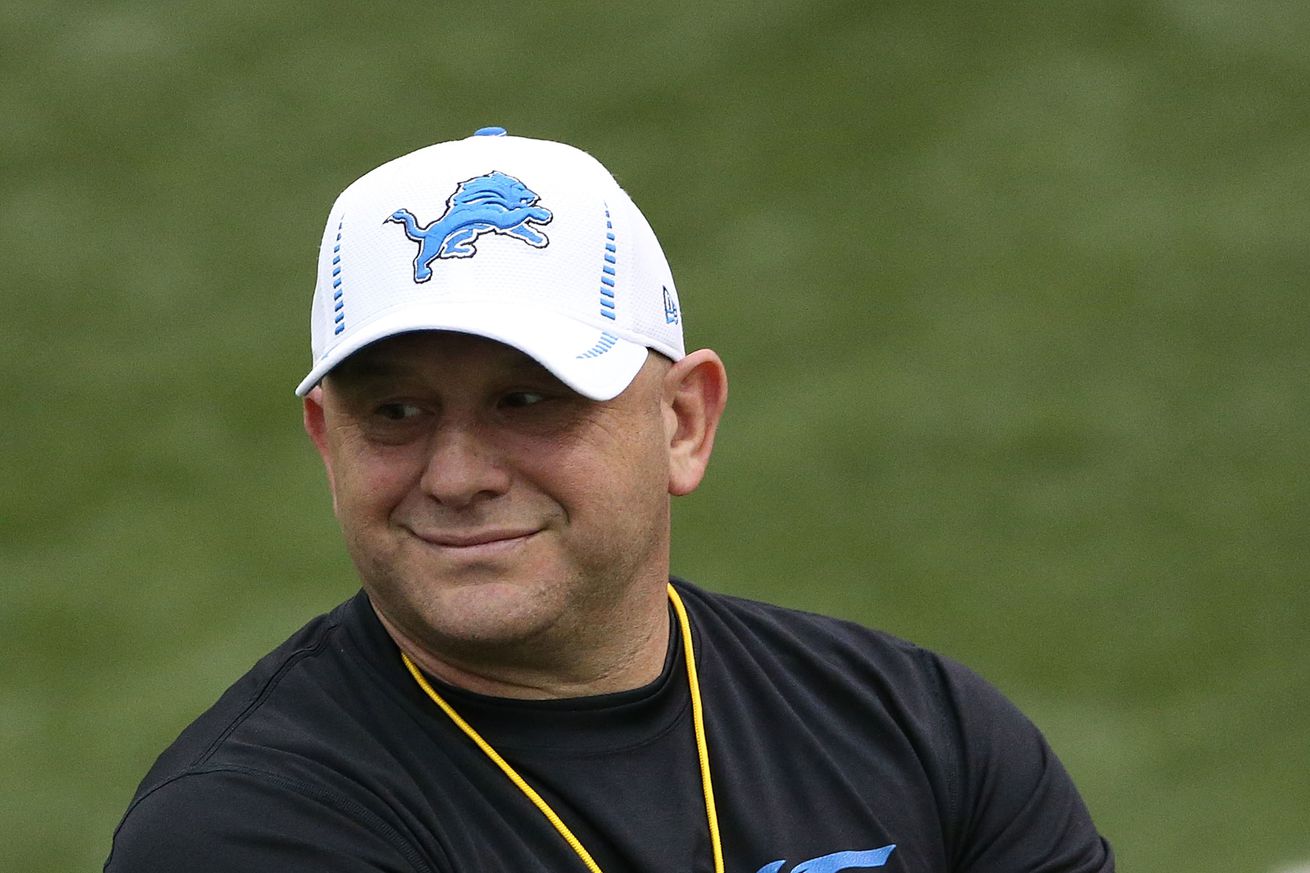 The Lions’ special Teams Units had a number of quirks that kept the Lions in the game for the first half on Sunday.

Boy, have we come a long way. Here I stand, declaring John Bonamego our Unsung Hero of the Week, roughly two months after calling for his job following a shoddy start to the season by the special teams units.

John, I owe you an apology. Bonamego must be taking notes from Matt Patricia, because he galaxy-brained the special teams units Sunday enough to keep the Lions in the game for the first half of the game. I know we often use the term galaxy brain ironically, but Bonamego truly outdid himself against the Bears.

It starts with something that has been getting some attention the last few weeks: kickoffs. The Lions use a unique strategy, essentially betting that their coverage units are better than the opponents’ return units.

That strategy fared poorly against Trevor Davis and the Raiders two weeks ago, but this past Sunday the Lions were able to corral Cordarrelle Patterson and the Bears, giving Mitch Trubisky and his offense very long fields to work with. Mind you, that’s two-time, first-team All-Pro returner Cordarrelle Patterson—that’s no small feat.

Where things really got spicy this week was on punting. For starters, Sam Martin and the coverage units had a stellar outing to begin with, with the exception of one somewhat-shanked punt by Martin later in the game.

The galaxy brain comes in with a trick the Lions started using on offense and carried over to special teams. On a lot of plays the Lions offense would rush to the line and snap the ball before the Bears defense was set. Once the Lions hit fourth down, however, they continued that strategy to just about everyone’s surprise. The Bears were forced to leave their defense on the field, with players still running on and off the field at the snap and no returner back to catch the punt. The result was a downed punt around the Bears’ own 6-yard line, a crucial part of a half that turned into a field position game.

Later on in the game, the Lions showed their hand with another gimmick. When lining up in punt formation deep in Bears territory, Sam Martin lined up out wide and former Virginia Tech quarterback Logan Thomas was in shotgun to take the snap. The Bears didn’t flinch the Lions didn’t snap the ball, but it was a fun little wrinkle that actually makes sense given Thomas’ history as a quarterback—perhaps the Lions will whip that play out again another time.

The Lions were handed a loss by the end of the day, but Bonamego’s wrinkles kept the Lions in the game much longer than they should have been and made an otherwise very bland game a lot more fun to watch.