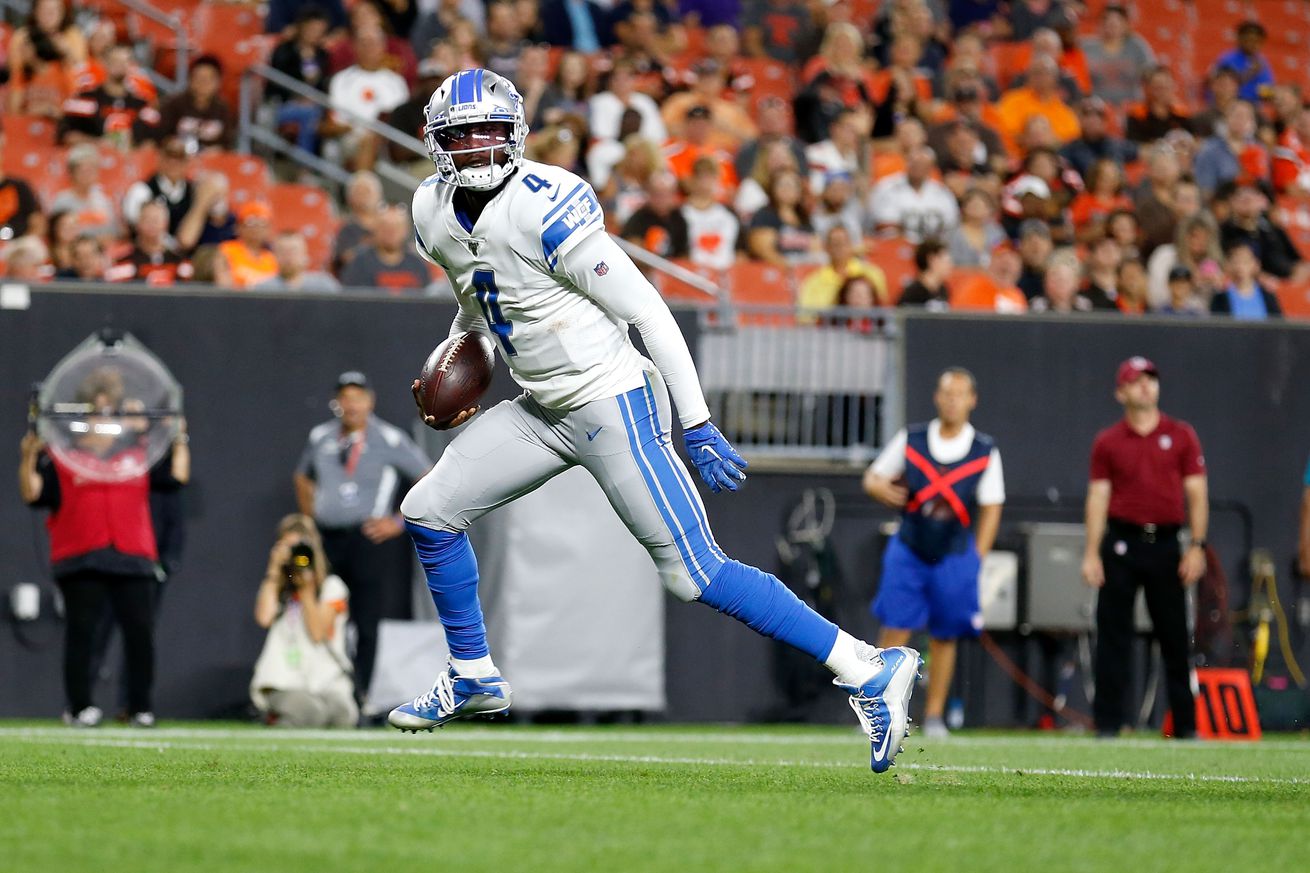 Josh Johnson won the backup quarterback job over Tom Savage to the surprise of many. Was Johnson the right choice?

The Detroit Lions brought in quarterback Josh Johnson less than a week before their second preseason game against the Houston Texans, and it showed. Johnson floundered, and it was a glaring fault considering how well backup quarterback Tom Savage played in Week 1 before suffering a concussion.

First impressions stick, and from that point on it didn’t seem like anything Johnson could do would turn around his fate so long as Savage returned to full health. At the end of the day, however, a stellar fourth preseason game lifted Johnson above Savage in the 11th hour, allowing him to claim the backup job.

Question of the day: Was keeping Josh Johnson over Tom Savage the right move for the Lions?

My answer: YEAHHHHH BABY IT WAS.

The Pride of Detroit readership strongly disagreed with me three weeks ago for suggesting that Johnson was in fact the answer at backup quarterback, with 71 percent of you saying otherwise. I argued that his debut was a product of his less than a week of his experience with the team and that he was still the same quarterback who stepped in admirably for Washington during the regular season for several games in 2018.

Still think I’m wrong? Let me know your thoughts in the comments below.