Open thread: What is the best joint practice matchup between Lions-Patriots? 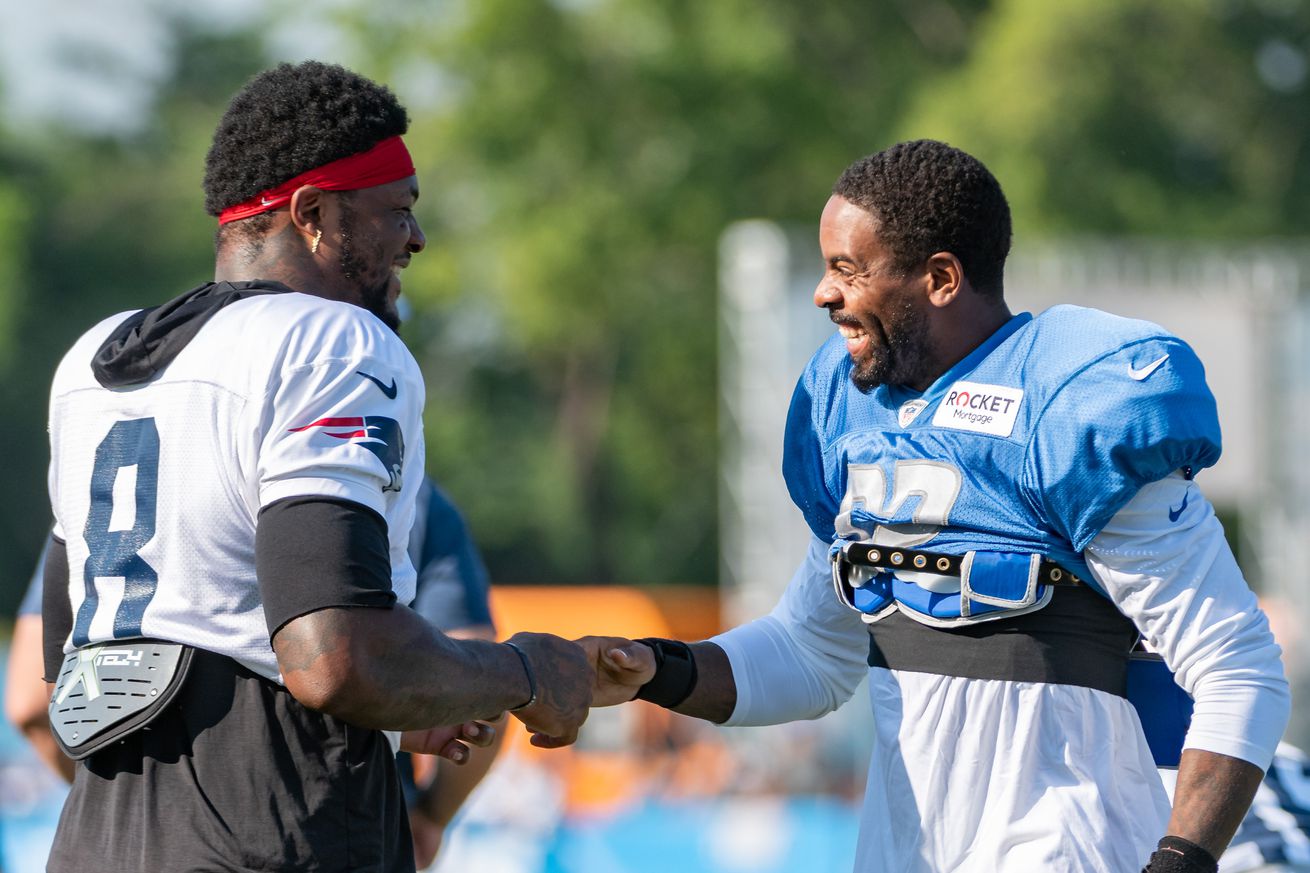 Sparks will be flying when the Lions WRs go up against the Patriots CBs.

We’re one day into the joint practices between the Detroit Lions and New England Patriots. The teams have felt each other out a little bit, and there’s a certain amount of expectations between the two teams after the 2.5 hour Practice on Monday.

That means Tuesday could be a whole lot of fun.

Intensity is likely to pick up on Day 2, as the Detroit Lions open up practice to the entire public. But what matchups should fans focus on? Where will the premier players face off against each other? And who will be the biggest tests for the Lions players?

What is the best matchup in Lions-Patriots joint practices?

My answer: It has to be the Lions’ top receivers vs. Stephon Gilmore. Gilmore came to Allen Park sporting an impressive record. According to Patriots beat writers, New England quarterbacks were 0-for-6 during 11-on-11s when targeting Gilmore. That’s right, he hadn’t allowed a single reception through eight practices:

Brady and Dorsett couldn’t connect on a long ball against Gilmore. QBs are 0 of 6 targeting Gilmore through eight practices.

On Monday, Danny Amendola finally broke that streak, but the battles between the two position groups are just beginning. Throw in Kenny Golladay and Marvin Jones Jr. for Detroit and Jason McCourty for the Pats, and you’ve got yourself one highly-entertaining matchup. Be it one-on-ones, seven-on-sevens or full team drills, some of the best competition will be happening when those two position groups face off.

Open thread: What is the best joint practice matchup between Lions-Patriots?