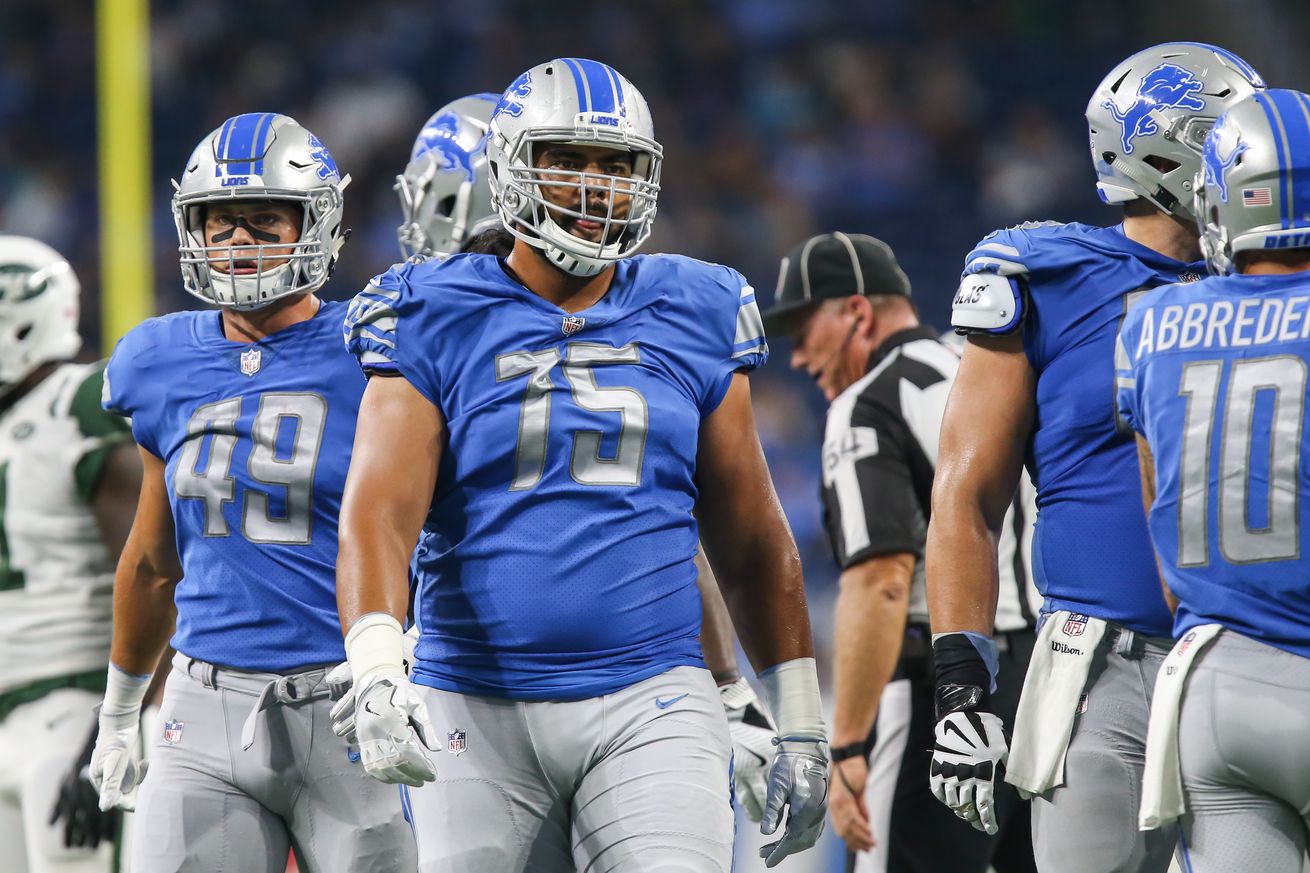 Say hello to the players atop the Roster bubble!

It’s roster bubble time in our 2019 Detroit Lions roster rankings. We’ve reached players 60 through 51—a set of players whose roster spots are anything but safe. Many of these players will likely be the last among Detroit’s roster cuts in just over a month. Let’s take a look at what the Pride of Detroit staff thinks about the middle of this team’s roster.

Previously on our countdown:

Powell—along with Bradley Marquez—surprised many by making the Lions final 53-man roster last year after an efficient preseason. However, unlike Marquez, Powell managed to stay on the roster for the entire season.

That being said, Powell only made six game appearances in 2018, his first coming all the way back in Week 8. In total, he pulled in 11 catches for 129 yards—103 of which came in the season finale against the Packers.

Powell’s speed and youth are encouraging for Detroit, but Powell again faces long odds to make an impact with this team after they added Danny Amendola this offseason.

Powell and Lewis will likely be fighting for the exact same roster spot—if there’s even one up for grabs. Both are options as kick returners. Both have limited experience as a slot receiver, and both have the athletic traits to make it in this league. Lewis is just a tad more proven.

Tabor has taken a justified plummet in this rankings from last year, after his hopeful breakout sophomore season crashed and burned. That being said, if not for Kent Lee Platte’s last-place ranking, Tabor would be a tad higher (50th).

There’s some optimism surrounding Tabor after a strong set of practices during organized team activities, but many on the Pride of Detroit staff are still very skeptical of Tabor after two years of poor play.

The staff here isn’t too high on Detroit’s backup quarterback and for good reason. Tom Savage has only completed 57.5 percent of his passes for an average of 6.3 yards per attempt. He’s thrown more interceptions (seven) than touchdowns (five), and hasn’t thrown an NFL pass in two years.

That being said, at least he has a history with quarterbacks coach Sean Ryan.

The Lions found themselves an intriguing UDFA in UNC’s Malik Carney. Although he’s a bit undersized to be in the NFL, his tape is good, and downright eye-popping at times.

Carney will obviously still be pretty raw, and you never know how someone will react to more body weight. That being said, he’s a legitimate dark horse to make the final roster and could develop into a contributor down the line.

I named Marcus Cooper as my most likely dark-horse candidate to make the roster for two reasons. First, he has the length to play the Lions’ outside corner position, which is not too deep. Additionally, the Lions showed faith in him by plucking him off waivers last year and keeping him around this season. He’ll likely be fighting Tabor and Amani Oruwariye for one of the last spots on the roster.

Muhlbach has slowly slid down this ranking year by year. He was 28 in 2017, and 39 in 2018. You could either view that as lessened faith in Detroit’s long snapper or proof that the Lions roster is improving so much that a long snapper is no longer a top-40 player on the team.

You may have forgotten about Steve Longa, but he remains on the roster after a preseason ACL tear cost him his 2018 season. Prior to that, Longa was a key piece on special teams, and that could land him a spot on the Lions roster this year. However, Longa doesn’t exactly fit the Lions’ prototype of a big, long linebacker at just 6-feet, 240 pounds.

Koloamatangi has spent the last two seasons on Detroit’s practice squad. Is there a chance he finally make the 53-man roster proper? Sure. The Lions depth on the interior offensive line is anything but stellar. However, Koloamatangi hasn’t really shown much in preseason or training camp in the previous two years to justify a roster spot. Although, his versatility along the line should help his chances.

The highest-ranked undrafted rookie on our list is one that has a great chance of making the Lions 53-man roster. The aforementioned lack of depth on the offensive line will certainly play to his favor. And so will Benzschawel’s play at Wisconsin.

Which draft-eligible interior offensive linemen put up the top run-blocking grades a season ago? We dive into the top 5, led by Wisconsin's Beau Benzschawel ⬇️ ⬇️ https://t.co/kIS3GIKBd8 pic.twitter.com/ok5jddr34U

Expectations that he’ll become a starter in his rookie year are probably unfounded, but his ceiling certainly does involved becoming an eventual starter. However, there are legitimate concerns about his strength, and that won’t cut it in today’s NFL.