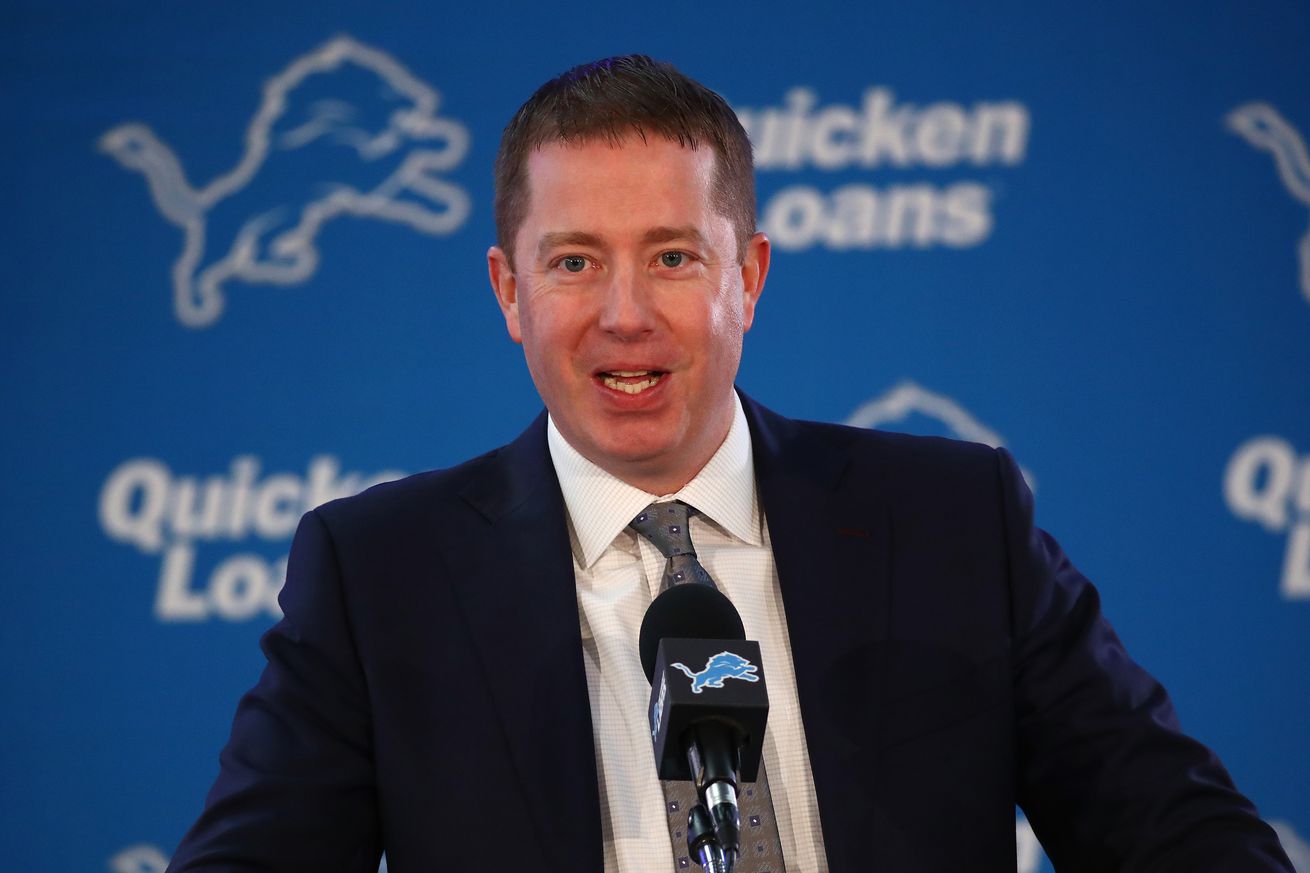 There’s an awful lot of smoke around the Lions’ 8th overall pick being up for sale.

Detroit Lions general manager Bob Quinn hasn’t exactly been the wheeling-and-dealing type in the NFL Draft over his three years on the job. In his first ever draft, he didn’t make a single trade despite having ten picks in 2016. The next year, Quinn only made a single trade, moving down in the third round to pick up a fourth rounder. Last season, Quinn was at his busiest. He not only traded up in the second round, but he traded back into the fourth round using 2019 draft assets.

Despite a relative sparse history of trading in the draft, expectations are high that the Lions will be active during draft weekend this year. With Quinn openly saying his team is open for business to move down in the first round, and rumors about dealing with the Atlanta Falcons still burning hot, USA Today lists the Lions as one of the top five teams most likely to trade their pick in the 2019 NFL Draft. And author Michael Middlehurst-Schwartz has an idea of how they may do it.

“Finding a team antsy enough to leap ahead of the Broncos at No. 10 to grab a passer could be the key to Quinn’s vision materializing,” he wrote.

With so much smokescreening going on at this time of year, it’s hard to imagine all of these rumors are true. However, there has been an awfully large amount of smoke around Detroit and their desire to trade down this year. Could all these rumors actually materialize on draft day?

As a Zebra Cake fan it saddens me that they lost. At the same time I’d like to congratulate all the OCP fans around the world. You guys are world champs! Oatmeal Creme Pies are your 2019 Snacks’ Snacks Madness Tournament champions! Congratulations!! pic.twitter.com/JpmRvm8ltc

Dressing ain’t one of em! https://t.co/PPfMtXNN1l