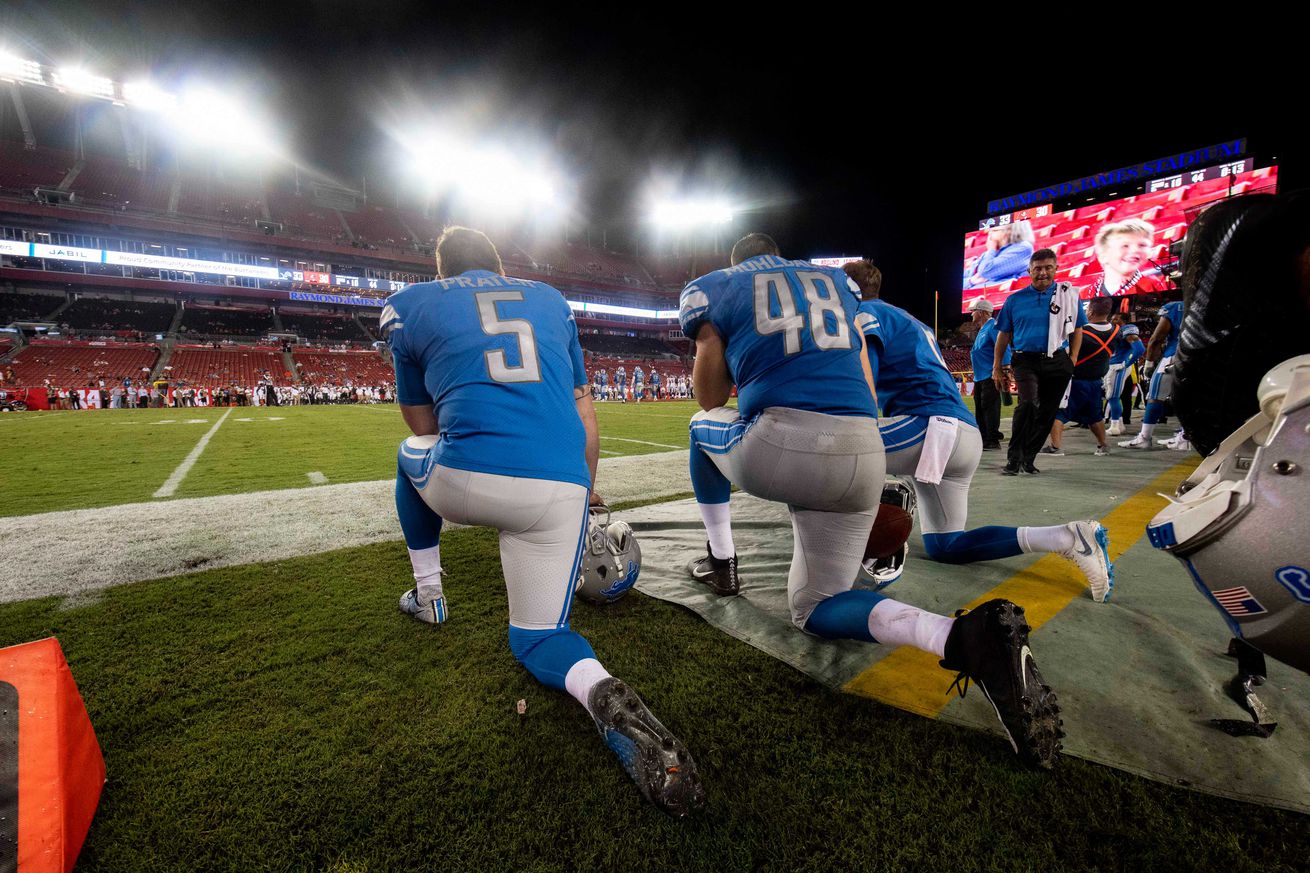 The Detroit Lions may be looking for a punter on the waiver wire this week. A few beat reporters noted after the Lions’ 34-22 loss to the Chicago Bears, Lions Punter Sam Martin was leaving Soldier Field in an ambulance:

Lions punter Sam Martin just went into an ambulance and left Soldier Field. Not sure what’s going on there

Sam Martin just limped into an ambulance outside the Lions’ locker room.

It’s not exactly clear when Martin suffered the injury, but Sunday wasn’t a great performance for him. He averaged just 39.0 yards per punt and pinned kicks inside the 20-yard line just once.

He also shanked his final punt of the day, kicking it just 37 yards before it was downed at midfield.

During training camp, the Lions had punter Ryan Santoso on the roster. If Martin’s injury is as serious as an ambulance ride suggests, Santoso, an undrafted rookie, may be back on the team soon.

UPDATE: The Lions have confirmed that Martin went to the hospital, but he will be returning to Detroit with the team.

Lions statement on Sam Martin: "Sam Martin was taken to a nearby hospital shortly following the conclusion of the game for an injury evaluation. He will return to Detroit with the team."https://t.co/BwmaGCnRME