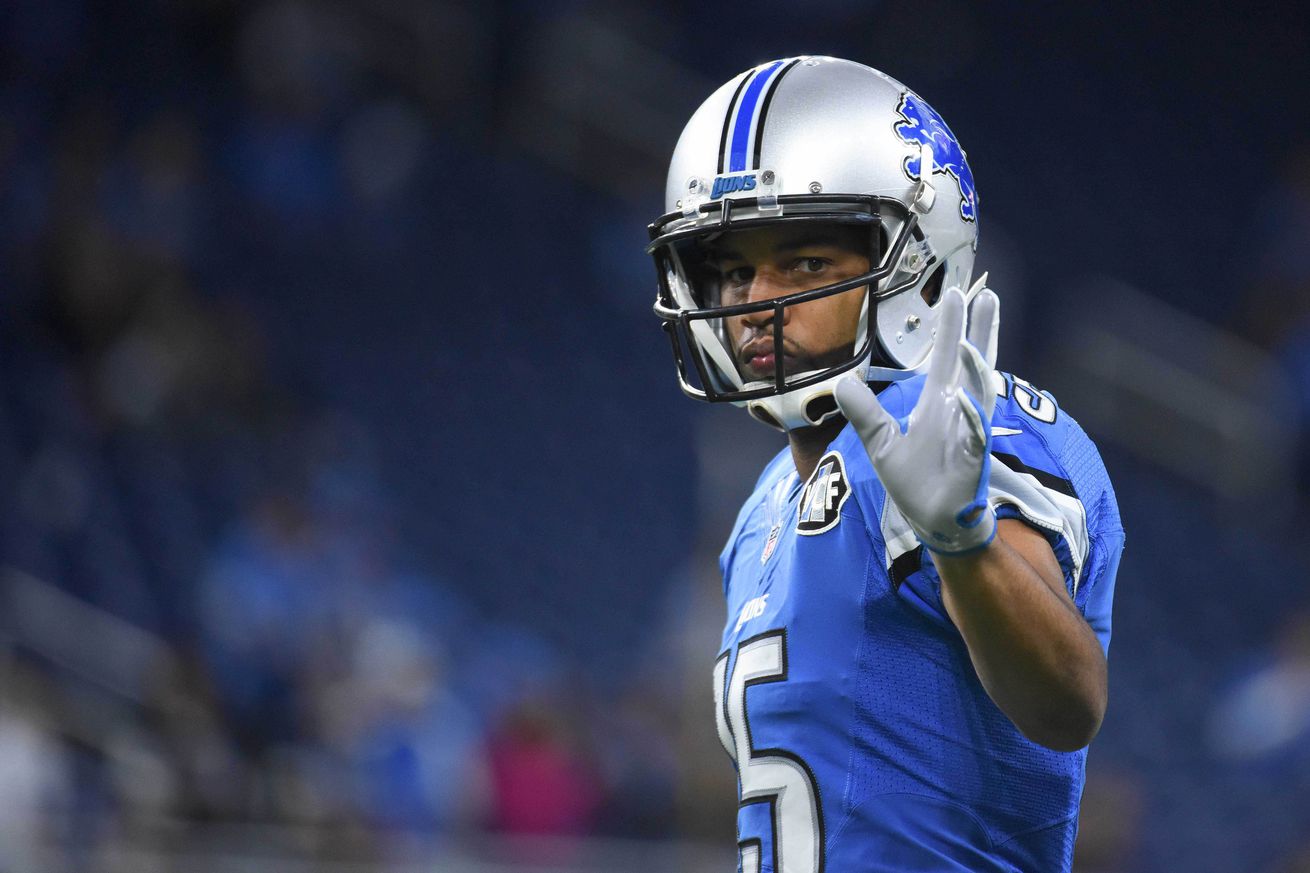 Trying to make sense of the Lions trade.

To borrow a phrase from one of my colleagues:

The Detroit Lions traded away Golden Tate—a centerpiece of their offense for 4.5 years—for a third-round pick.

I’ll be honest, I didn’t take any of the trade rumors seriously. These kind of things pop up every single year, and although the Lions didn’t show any serious signs of re-signing the 30-year-old receiver, it didn’t make all that much sense to me to ship him, especially after making an aggressive move last week by adding Damon Harrison Sr. to the team.

While I’m being honest, it’s hard to get over the emotional loss here. Tate has been a joy to watch on the field, and he’s been one of the most entertaining off it. He’s one of the few members of the locker room that will stand by and talk openly for all 45 minutes of the media session. No bullshit. No coach-speak. He’ll say what’s on his mind and let you sit with it. Even if I wasn’t writing a story about him, I’d often stand there next to him just to hear someone speak candidly for once.

But let’s put the emotions aside for a minute and offer my quick thoughts.

Are the Lions trying to contend this year or not?

Tomorrow, Matt Patricia is expected to talk to the media, as he does every Wednesday. He’ll almost certainly say that this changes nothing about the 2018 season and that the team’s goals remain the same: win the division, win a playoff game, win the championship.

Detroit is only a game behind the NFC North lead, and by trading for Damon Harrison Sr.—a 29-year-old defensive tackle—it looked like they were prepared to make a jump towards contender.

But this move suggests they’re more concerned about 2019 and beyond. Golden Tate led all Lions receivers in targets, receptions, receiving yards and plays of 20+ yards this season. He’s clearly developed a chemistry with Matthew Stafford, and his loss will undoubtedly send shockwaves through Detroit’s offense.

There’s no doubt the team is worse off in 2018 now without Tate, and coming off such a poor performance against the Seahawks, you have to think Detroit could be headed for a long November and December.

So what was that “Snacks” trade all about?

Well, I think we need to reevaluate what that trade was about. And our friend Brian Phillips from Pats Pulpit put it nicely earlier on Tuesday:

I think a case could be made that the Harrison trade was just a good move where they realized they had leverage to add an elite DT with two more years of control for cheap as opposed to a “buyers move”, no?

The Lions had a need at nose tackle, and one that wasn’t going away any time soon. Ricky Jean Francois wasn’t going to be the answer beyond 2018. So the Lions saw a desperate Giants team, and a 350-pound fit that is locked up through the 2020 season. This wasn’t a “we’re contenders now” move, it was just a solid roster building piece for the next 2.5 seasons.

So was it all worth it?

Well, if you ask our own Kyle Yost, he thinks this is a brain-over-heart move.

If we’re talking about plain value, a third-round pick for Golden Tate is a decent return for an expiring contract and a player who has likely peaked. It was more than the Broncos got for Demaryious Thomas, who is also 30 years old, but much less productive over the past few seasons.

But is a third-round pick worth essentially throwing the 2018 season? I’m just not so sure. I wasn’t ready to give up on this team’s chances for the season, no matter how poor their performance was last week. And as much as we all love draft picks, you’ll be lucky to find a starter in the third round.

Now, a lot of people—myself included—have rallied against this move on the basis that Detroit could likely pull in at least a fourth-round compensatory pick should they just let him go in free agency. However, that’s a little misleading. The Lions are set to have a boatload of cap room next offseason, meaning they’ll likely be quite active in the free agency process. If that’s the case, the additions are quite likely to offset their losses, and they may not get any compensatory picks despite losing Tate.

All that being said, I’m just not sure why everyone was so closed to the idea of extending Tate. Sure, he would’ve required a boost in salary, but the Lions have all the aforementioned salary cap room, Kenny Golladay is still on a rookie deal, and Tate’s efficiency hasn’t slowed yet. Zac Snyder made a convincing argument for re-signing him here.

The only way I’d get behind this trade is if something else is happening behind the scenes before the trade deadline. The trade creates nearly $4 million in cap space, and the Lions also did something else to make some more room:

Another more minor WR move for the Lions: Detroit restructured the contract of WR Marvin Jones, saving $2.2 million against its salary cap, per sources.

If there’s a big defensive player coming to Detroit, I’ll at least understand this move better. If not, I’m left scratching my head.