Open thread: Do you feel better, worse or the same after the loss to the Giants? 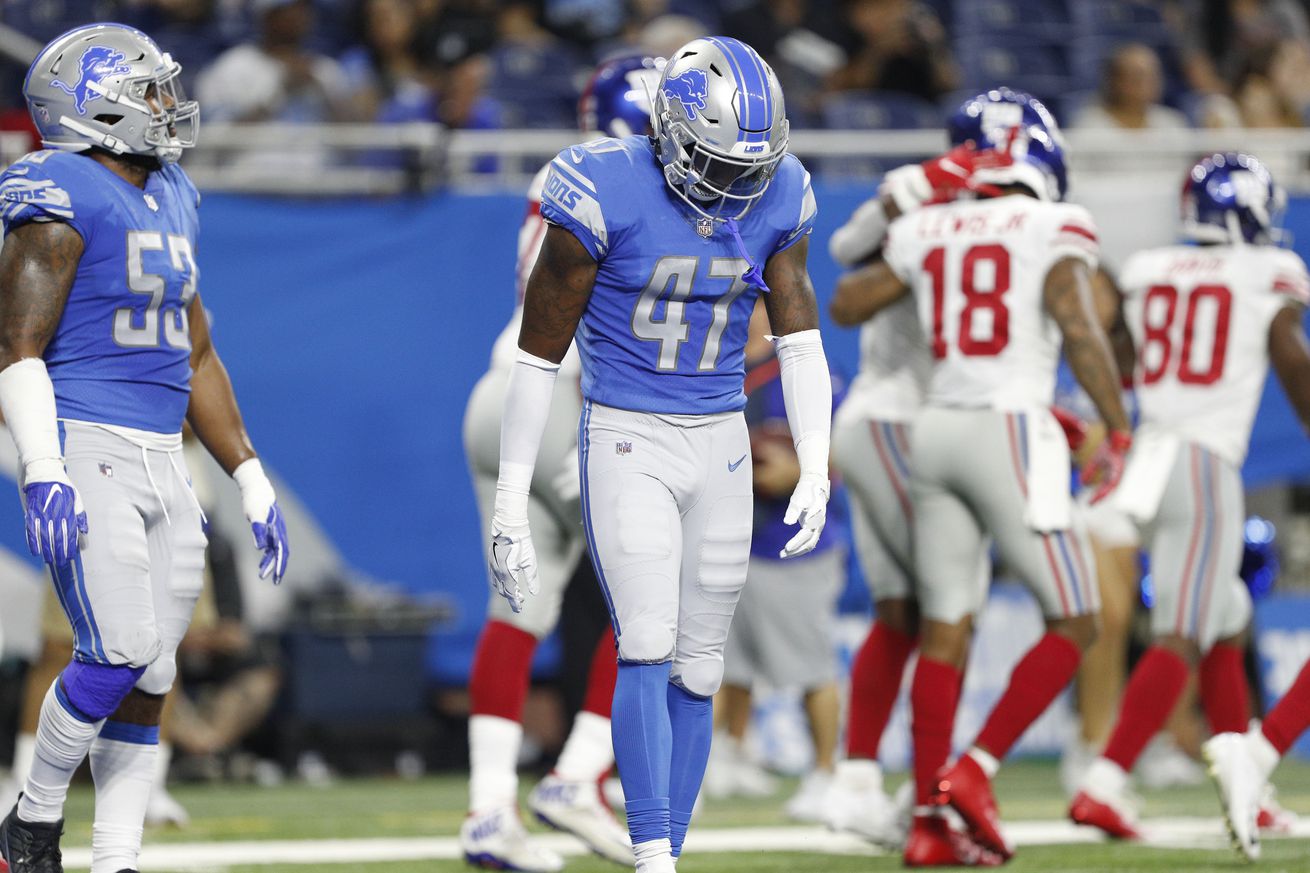 Too early for the panic button?

It got ugly Friday night. If you thought the Detroit Lions’ preseason opener against the Raiders was a rough performance from this team, Friday night lowered the bar even more. And to make matters Worse, while Matthew Stafford played for over a quarter, Eli Manning didn’t step on the field once. Yet the Lions were still losing 7-3 when Stafford exited the game, and things got much worse once Jake Rudock took over.

But this all falls under the “it’s just preseason” blanket. End results certainly don’t matter, so just how upset should fans be after back-to-back lackluster performances?

Do you feel better, worse or the same after the Lions’ 30-17 loss to the Giants?

My answer: A little worse.

It’s just hard not to be a little demoralized after Detroit got outplayed by two teams that aren’t even considered among the league’s best. It’d be one thing if these teams were piling on at the end of games, but the Lions are getting handled from the opening whistle and mostly throughout the entire game.

That isn’t to say there weren’t some positives. The Lions defense—especially their run defense—looked a lot better from last week. And prior to the second half collapse, the Lions’ bend-don’t-break style of defense was actually working quite well, holding the Giants to just 10 first-half points.

But for the second straight week the bad overwhelming outnumbered the good. The offensive line continues to struggle, and this week the starters were not immune to the mistakes.

Exactly zero of those four starting quarterbacks were sacked this week.

Matthew Stafford, on the other hand, was taken down twice and put up just 51 yards or a passer rating of 77.9

Preseason doesn’t mean everything, but it doesn’t mean nothing, too. While other teams are starting to look like they’re in regular season form, the Lions aren’t even close, and they’re running out of time to get it together.

Open thread: Do you feel better, worse or the same after the loss to the Giants?