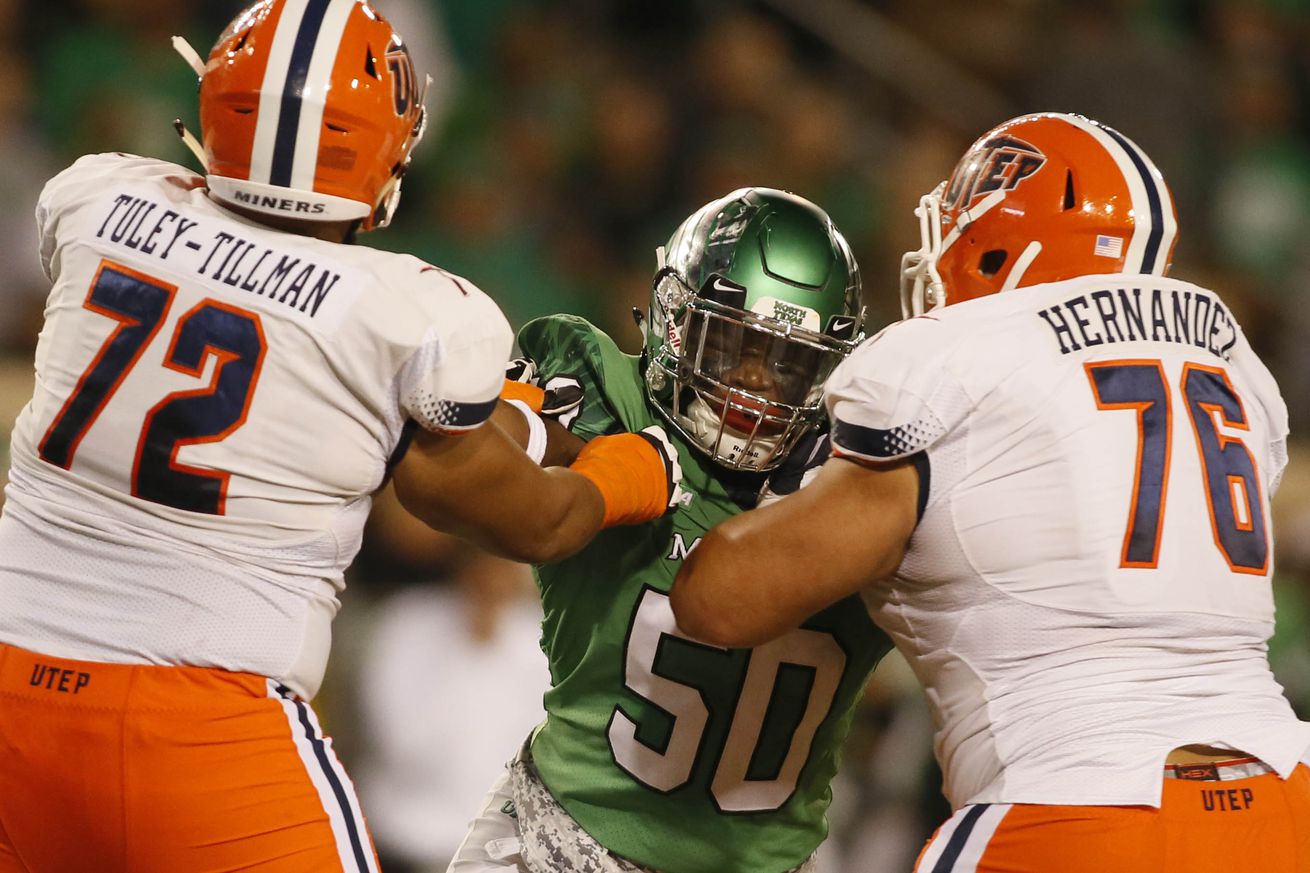 When we last checked in with ESPN’s draft expert Todd McShay, Detroit Lions fans were burying him for what they deemed a far inferior draft to that of his cohort Mel Kiper Jr. McShay’s selections of running back Sony Michel and defensive end Arden Key were widely panned by Lions fans, who much preferred Kiper’s choices of Taven Bryan and Billy Price. In fact, 78 percent of fans voted for Kiper’s draft.

$50 Million Stolen from Upbit
21 Most Instagrammable Places In Peru…
The Stories Behind 10 Rock Band Logos
OPINION - Gerson and Tumulty 8/16/201…
Bloggers Get Real: Louise of Foxes Fa…

So McShay went back to the drawing board and whipped up a three-round mock draft that he calls “Grade A” mock drafts. Here’s a look at his selections for the Lions.

First round: G Will Hernandez, UTEP

With the first pick, the Lions shore up what some consider their biggest need at offensive guard. Hernandez is a run blocking machine and our own Kent Lee Platte said he “might be the best power blocker in the draft.”

He formally met with the Lions back in March, and could make some sense in Detroit considering the changes being made in their running game. The Lions hired a brand new offensive line coach in Jeff Davidson, who hasn’t fixated on one running style, but has utilized power running schemes most recently. If that’s his plan in Detroit, Hernandez makes a lot of sense at 20th overall.

After selecting Michel in his past mock draft, McShay switches the pick to his teammate Chubb in the second round.

Our own Alex Reno believes Chubb is one of the best backs in this draft, and he called him a perfect fit in Detroit back in January. Here’s a snippet of that article:

No matter who the Lions hire and no matter what offense they run, Nick Chubb will fit it. He has the quick mental processing and agility to excel in any zone scheme, plus the vision, patience and explosiveness to thrive in a power scheme. You name it, he’s got it.

While Michel averaged more yards per carry and brings a little more speed than his counterpart, Chubb was the workhorse back and averaged a more-than-healthy 6.0 yards per carry in his senior year. And as for concerns about his speed? They’re mostly unfounded:

Nick Chubb has that injury rep he's been trying to shake, but after posting an elite #RAS at the Combine I'm surprised it's as big of a deal now.

After going heavy in improving the Lions’ running game in the first two picks, McShay finally turns his attention to the Lions’ need-heavy defensive line.

Jalyn Holmes posted a #RAS just inside elite range, but skipped the agi drills. Could drop out of that range if he does poorly, or jump even higher if he does well. pic.twitter.com/uiDwf92PTE

Holmes has taken a backseat to Ohio State’s other defensive end prospect Sam Hubbard. In fact, Holmes wasn’t a starter on the Buckeyes’ impressive defensive line until his senior season.

He’s a pretty raw prospect who doesn’t have a clearly defined role in the NFL, and you can view that two ways depending on your faith in the coaching staff. Either he’s a moldable player that could be a versatile option as a 3-4 defensive end or even an interior rusher, or someone who just won’t be able to crack the starting lineup and will only carve out a role in the NFL as a subpackage player.

Either way, he’d help out the Lions’ poor depth on the defensive line right now. Detroit is in need of both a three-tech defensive tackle and an edge rusher. Holmes could potentially fill either of those roles, but probably not as a starter right away. Considering the Lions’ current coaching staff and their specific expertise on the defensive line, there’s little doubt they could find a role for Holmes should he be the pick.

What do you think of McShay’s latest mock? An improvement over his last? Still bad? Vote: