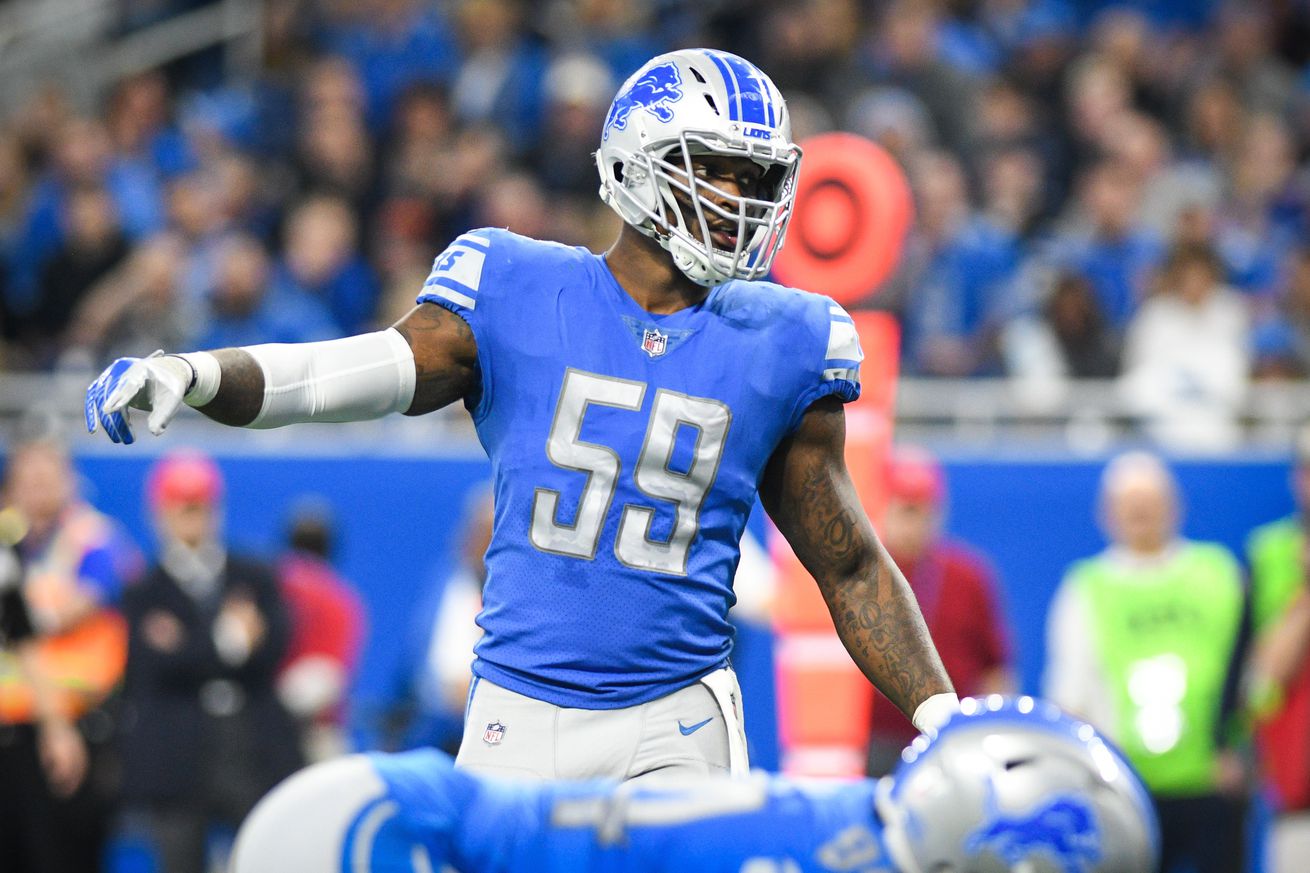 Tahir Whitehead’s future will be one of the tougher decisions for the Lions this offseason.

It’s the offseason for 28 of 32 teams, and one of those teams happens to be the Detroit Lions. In an effort to get you ready for free agency—which is now less than two months away—we’re going to review the Lions’ roster player-by-player.

We’ll start with the free agents in an effort to get an idea of what Detroit should do before those players hit the market. Then we’ll move onto the players under contract and see what their role may be going forward.

Today we start with linebacker Tahir Whitehead, whose future with the team is unknown.

After serving as the Lions middle linebacker in 2016, Tahir entered 2017 knowing he’d have a big role with the team. That was further confirmed when the Detroit Lions cut DeAndre Levy suddenly at the beginning of free agency.

However, the Lions then drafted Jarrad Davis and it was clear from the start that Whitehead was expected to shift back over to the weakside. Considering that’s where he was most successful in his previous six years in Detroit, there was plenty of optimism surrounding Whitehead heading into 2017.

Whitehead definitely improved quite a bit in 2017. He looked more comfortable in his role on the outside, and specifically thrived as a run defender—especially earlier in the year. His eight tackles for loss led the team and his 110 tackles was 16th-most in the league.

However, Whitehead continued to struggle in coverage. The Lions pass defense ranked 26th against opposing tight ends, and part of that falls on Whitehead (along with rookie Jarrad Davis).

Still, Whitehead met expectations for 2017, but probably didn’t exceed them.

Whitehead will be one of the Lions’ most difficult decisions. While Detroit has Jalen Reeves-Maybin potentially waiting in the wings to take over Whitehead’s role, they don’t have much depth beyond that. Paul Worrilow is also an unrestricted free agent this year, and he was a huge disappointment anyways—barely getting any snaps after returning from injury.

Essentially it will all come down to money and how much Whitehead is willing to risk on himself. Two years ago, Bob Quinn handed him a two-year, $8 million contract. Chances are Whitehead will be asking for more this time around.

I’m not sure the Lions can afford to create another hole on defense by letting Whitehead hit free agency, but if he’s asking too much, and the new Lions coach doesn’t see a role for him, he could easily be playing elsewhere in 2018.