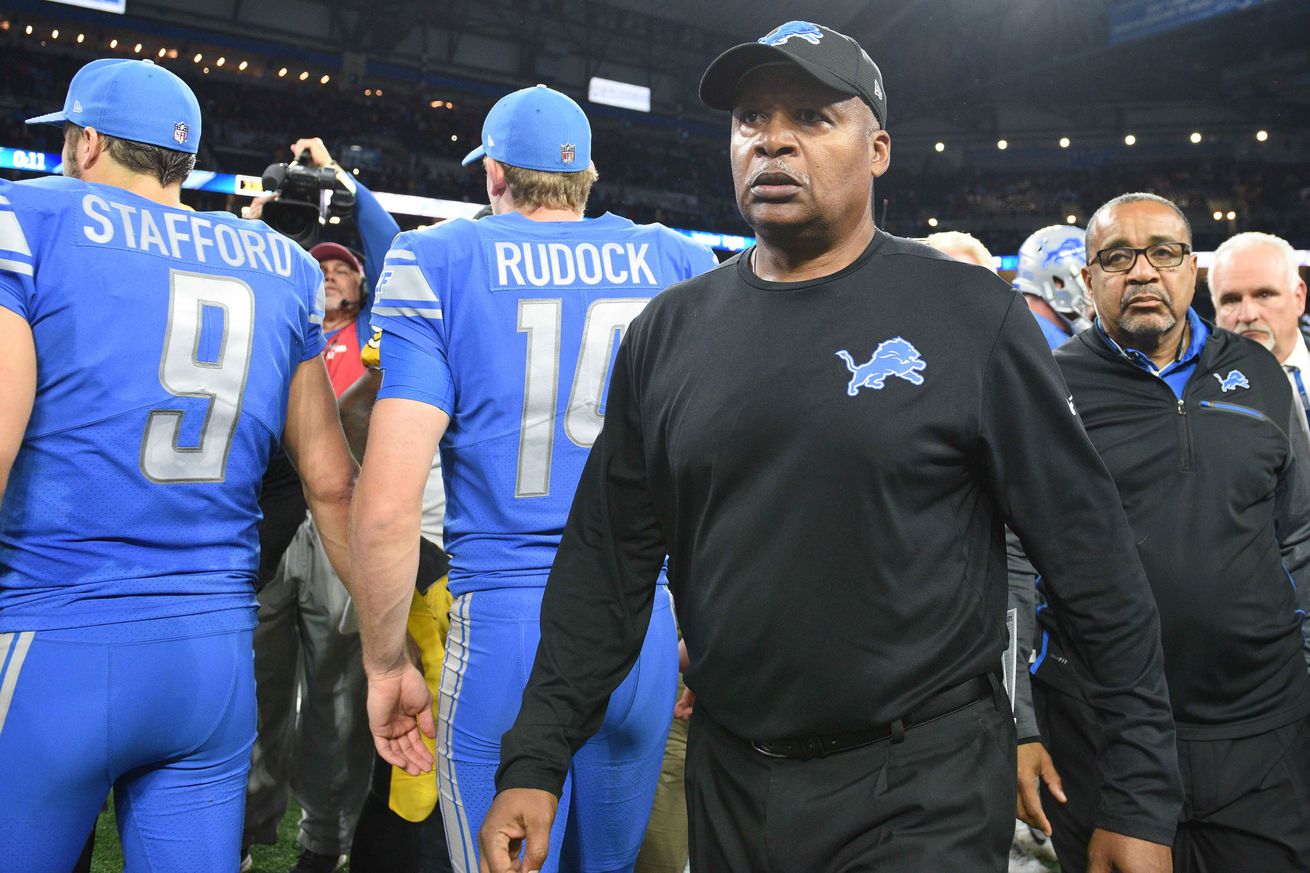 Do you approve of the job Jim Caldwell is doing as the Lions’ head coach?

Ever since Jim Caldwell was hired as the Detroit Lions head coach in 2014, his popularity has been all over the place. In his first year, an 11-5 season left him with a 89 percent approval rating, even after Detroit’s first-round playoff exit in Dallas.

The following year, the Lions got off to a disastrous 1-7 start, and Caldwell’s approval rating plummeted a full 81 percent.

Since then, Caldwell’s approval rating has mirrored the Lions’ performance: Wildly inconsistent and extremely streaky. Take a look.

When we last checked in with Caldwell, the Lions were in their bye week, coming off two drubbings at the hands of NFC South opponents, the Panthers and Saints.

Since then, it has been a mixed bag. Detroit has gone 3-2 out of the bye, with uninspiring wins over the Browns and Bears and hugely disappointing losses to the Steelers and Vikings. Somewhere in the middle, the Lions picked up their second win at Lambeau in the past 25 years.

Some look at Caldwell’s performance over the past four seasons and see a coach who has taken a team as far as he’s capable of. He’s reached the plateau that cost Jim Schwartz his job not so long ago.

Others believe he has somehow managed to keep this team remarkably competitive despite a below-average roster, and once he gets the talent from his general manager, he could take this team to new levels.

Obviously how the Lions perform in their final five games will have a huge impact on how Caldwell is viewed going into 2018, but before we get into that crucial stretch of the season, let’s take one last baseline poll of Caldwell’s popularity.