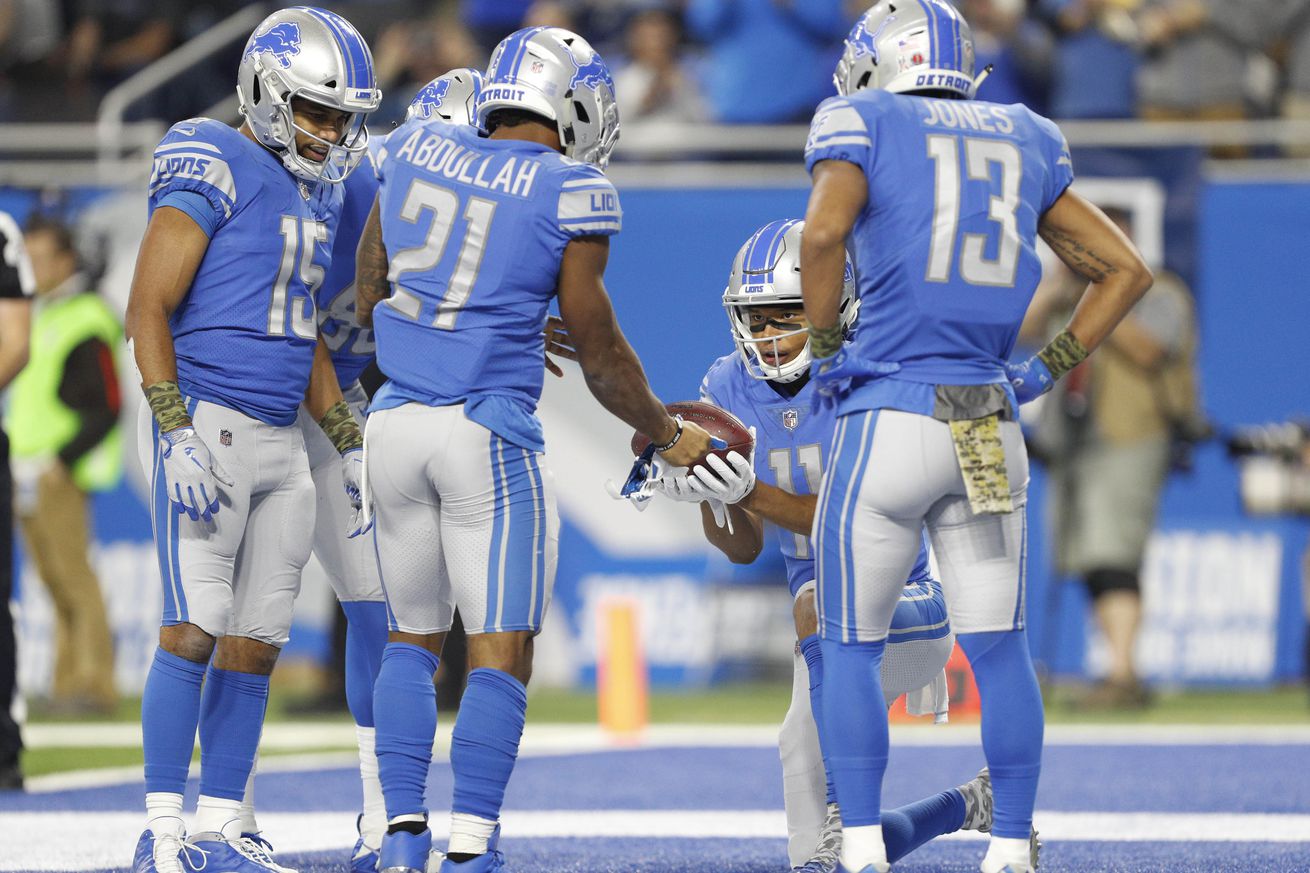 Detroit managed to come out of Sunday’s matchup against the Browns with a victory to keep their season heading in the right direction.

The Lions kicked off the second half of their season in a home game tilt with the Cleveland Browns on Sunday and it wasn’t the game everyone was anticipating on seeing.

Detroit would receive the ball to start the game, but it didn’t seem like they were ready from the jump, with their first three plays of the game going backwards and netting a negative-13 yards of offense. Taylor Decker’s first appearance since the Lions played the Seattle Seahawks in the NFC Wild Card round went about as bad as anyone could have expected. Tasked with a tough matchup against rookie Myles Garrett, Decker surrendered a sack on the first play of the game.

The Browns first play from scrimmage saw DeShone Kizer air it out down the sideline to Sammie Coates for a 38-yard gain with Nevin Lawson in coverage. Detroit’s defense was able to anchor itself, holding Cleveland to a field goal on their first possession.

It didn’t get any prettier for the Lions offense on their second drive of the game, as Matthew Stafford threw an interception on third-and-5 to linebacker Jamie Collins, who injured his knee on the play and was questionable to return.

Aside from Detroit’s offense looking less than adequate, Decker’s return wasn’t on a full-time basis. Instead, Decker split time with Brian Mihalik, with each tackle playing every other possession, as it appeared the Lions coaching staff was bringing back the franchise left tackle back to game speed slowly, but surely.

Working with a short field after the Stafford interception, it took just three plays for the Browns to find paydirt. A noted Lions killer, Kenny Britt, caught a pass outside the hash marks and as Lawson whiffed on his “tackle” attempt, Britt ran free into the end zone to put the Browns up 10-0 after a Zane Gonzalez extra point.

The third time was the charm as the Lions offense finally got rolling... with the run game? Coming into today’s contest, the Browns defense was giving up just 2.9 yards per attempt on the ground, but a 20-yard run from Ameer Abdullah and a 21-yard gain on the ground by Theo Riddick put the Lions into Browns territory for the first time. Detroit’s drive would stall out, but Matt Prater cut into the Browns lead with a 46-yard field goal to make it 10-3, Cleveland.

Detroit forced the Browns to use punter Britton Colquitt after stopping Cleveland on third-and-16 after two offensive holding penalties, and an illegal formation penalty killed their drive. From their own 10-yard line, the Lions offense would finally show signs of consistency and sustainability that they’ve only shown in spurts this season.

From eight yards out, Abdullah got the call in the red zone and scored his third touchdown on the season:

The two teams would exchange punts, but after struggling all game long, and getting yanked for D.J. Hayden, Nevin Lawson recovered a fumble for 44 yards and a Lions score, giving them a 17-10 lead with just over four minutes remaining in the half.

Cleveland would control the ball until the end of the half, marching all the way up to the Lions’ door step with just second remaining. Then, Browns magic struck when Kizer made for a QB sneak:

Watch Devalve. He starts running a route and is looking for the ball. That might've been just a bonehead audible from Kizer. pic.twitter.com/saP6a5AmBf

After deferring to the second half, the Browns received the third-quarter kickoff and gashed the Lions on the ground, play after play. In total, the Browns racked up 70 yards on the ground en route to a six-yard run for six by Isaiah Crowell to knot the game up at 17-all.

Detroit’s first drive of the second half got off to a good start with a 22-yard pitch and catch from Stafford to Marvin Jones Jr., his first catch of the day, but it would stall after running plays on first and second down went nowhere, and a pass intended for TJ Jones fell incomplete.

As for Cleveland, they wouldn’t stop running the football, and that meant bad news for a Lions defense that couldn’t slow down the Browns rushing attack whatsoever. 10 plays and 80 yards later, Kizer made up for his gaffe at the end of the first half and punched in a one-yard run on a quarterback sneak. The Browns jumped out to a 24-17 lead.

The Lions would answer back, and they would call on Kenny Golladay’s hands twice in his first bit of action since Week 3 against Atlanta. Catches of 14 and 50 yards by Golladay put the Lions into the red zone, but their recent woes wouldn’t persist as Stafford found Riddick for an eight-yard touchdown pass to put the Lions and Browns square at 24 a piece.

DeShone Kizer, who was having perhaps his best game of his professional career, would receive a shot to the ribs by Quandre Diggs that would knock him out of the game with a rib injury—Kizer would later return with Cleveland trailing by 14. In came Cody Kessler who would be welcomed to the game by Cornelius Washington and a sack—Washington’s first sack of the season.

It was up to Detroit and their offense to officially turn the tide of the game, and they did just that: Stafford hooked up with team captain Eric Ebron for a 29-yard touchdown after the Browns lost a beat on the tight end. It was 31-24, and a 40-yard touchdown pass from Stafford to Golden Tate sealed the deal as Detroit extended their lead to 14.

Eric Ebron hauls it in to put the Lions up 7 pic.twitter.com/QmLLdLTGNd

The Lions never looked back from there, escaping with a victory at home against the (still) winless Cleveland Browns.