Lions notes: Peter Schrager calls Matthew Stafford ‘one of the greatest QBs in the NFL’ 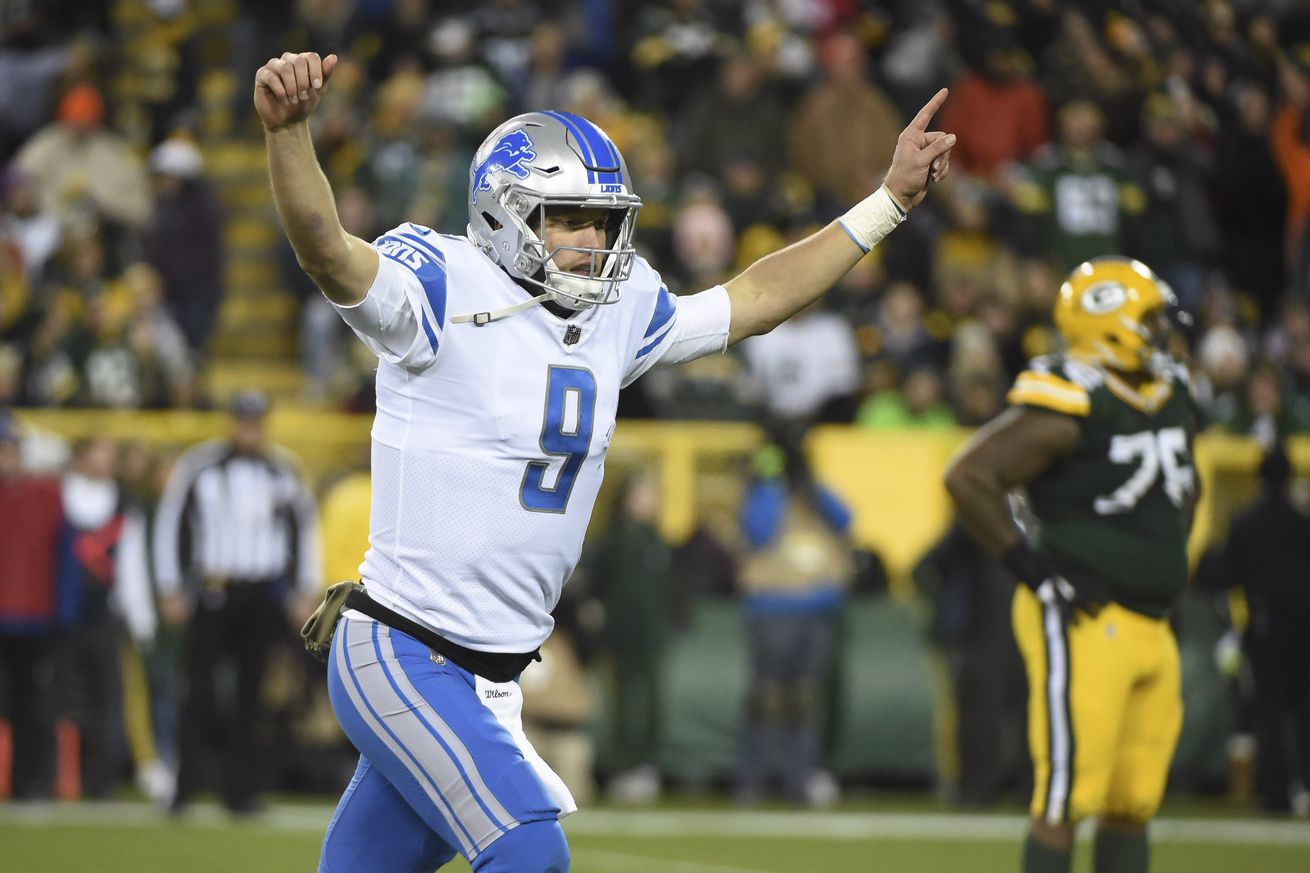 After a month off, the Matthew Stafford love is pouring back in.

So @Lions, was it Fight Night or Real Deal?

Whatever it was, it was a knock out

(Marvin Jones Jr. confirms it was a Fight Night celebration, by the way.)

The Lions did something they haven't done at Lambeau in a long time. pic.twitter.com/rM44sygfnR

And we couldn’t help ourselves:

This post first appeared on Pride Of Detroit, A Detroit Lions Community, please read the originial post: here
People also like
How Gender Equity Impacts the Bottom Line
“The Friend Who May Not Seem a Friend” – The Cat and the Fire, Post 2 of 3
MICRO BUSINESSES

Lions notes: Peter Schrager calls Matthew Stafford ‘one of the greatest QBs in the NFL’