Pittsburgh Steelers scouting report: Can the Lions finally pick up a signature win? 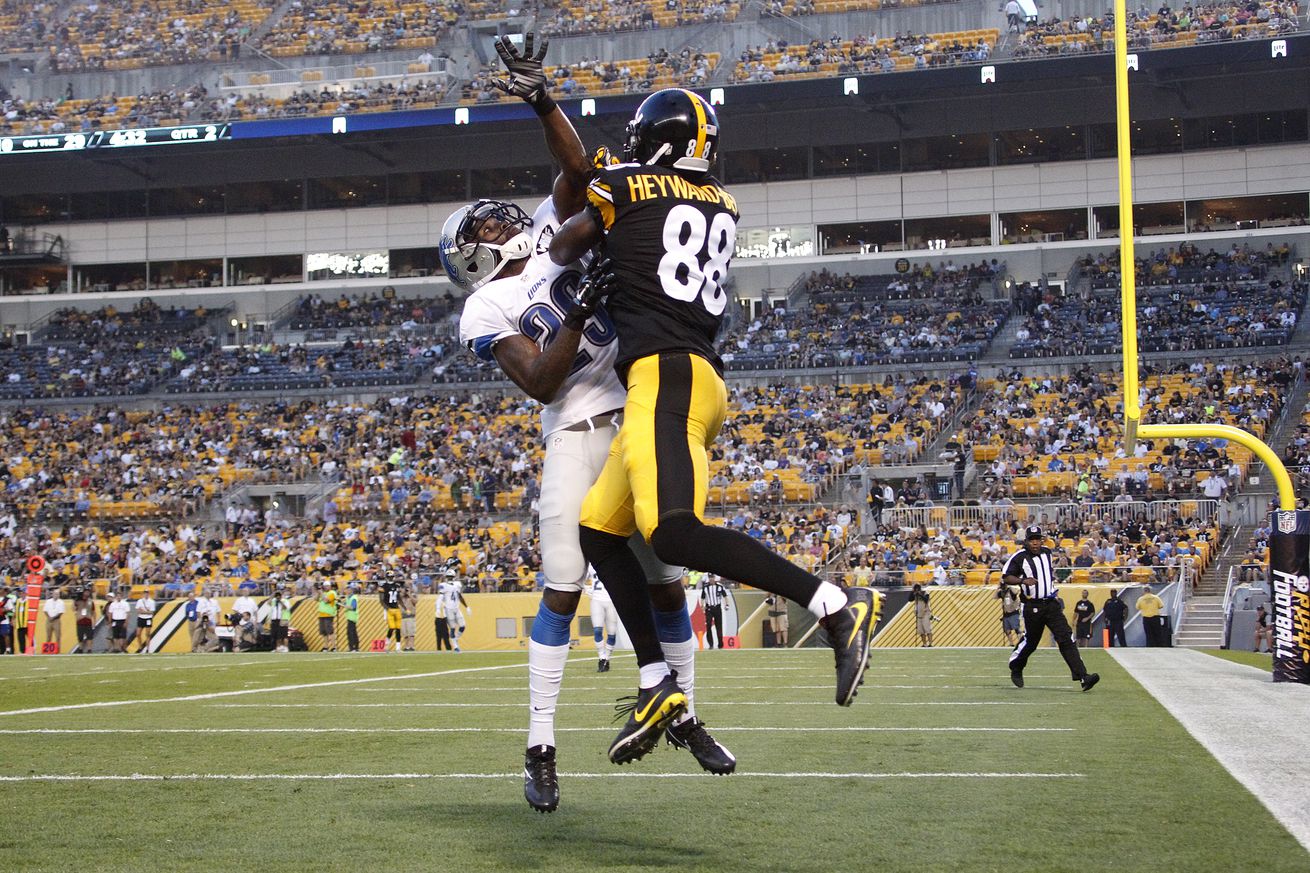 The Steelers are no joke. Is there any hope for the Lions this week?

When you look at the 2017 Pittsburgh Steelers, you see a team nearly identical to the 2016 team that went 11-5 and made it all the way to the AFC Championship. They didn’t add or lose many key pieces in free agency. Their draft picks are off to good, but modest starts. And, most importantly, this team hasn’t suffered any key injuries to date. They only have five players currently on injured reserve, as compared to the Detroit Lions, who have 11.

So with the Steelers firmly atop the AFC North and tied for the lead in the conference, is there any hope Detroit can finally pick up a signature win—in front of a national audience, no less?

Let’s take a look at this year’s Pittsburgh Steelers.

If you look at the common thread between all the Lions’ losses this year (Panthers, Saints and Falcons), it seems Detroit has a problem with potentially explosive offenses. The Lions aren’t currently operating at a level offensively that can win a shootout.

Despite having two of the biggest offensive weapons in the game, the Steelers are not the high-flying offense you may expect. They are averaging just 21.0 points per game (17th) and 5.4 yards per play (14th).

Pittsburgh’s offense is also somewhat prone to turning the ball over. Ben Roethlisberger has already thrown eight interceptions this year (third most), although that number is a bit inflated from a horrible five-interception day against the Jaguars.

While Antonio Brown remains the best receiver in the league (has over 200 yards more than any other receiver in the NFL), Le’Veon Bell hasn’t been nearly as dominant as he has in the past. Bell does rank fourth in rushing yards per game (97.7), but that’s only because he has 24 more rushing attempts than anyone in the league. His 4.0 yards per carry puts him at just 28th in the league.

Detroit matches up pretty well against the Steelers offense. Their nine interceptions are third-most in the league, despite only playing six games. Their run defense is allowing just 3.7 yards per carry (tied for seventh best). And they have a cornerback in Darius Slay who may be able to slow (but not stop) Brown.

Reasons the Lions should be pessimistic

This matchup becomes problematic when you look at the defensive side of this Steelers team. In just about every statistical category, they look lethal. They’re second in overall defensive DVOA—second against the pass, 12th against the run. They’re allowing the third-fewest points per game (16.6) and the fewest yards per play (4.4).

As a pass defense, they’re allowing the fourth-lowest passer rating (70.9), the lowest yards per passing attempt (5.6) and have tallied the eighth-most interceptions (7).

Their one Achilles heel may be their run defense, as they are allowing the fifth-highest yards per carry in the league (4.7). Unfortunately for Detroit, that just so happens to be their weakest link offensively.

This matchup just looks like a disaster waiting to happen. The Lions have been pathetic offensively. Now they’re facing a top-five defense likely without their biggest offensive threat in Golden Tate while likely starting a third-string left tackle. This is a Steelers defense that can and will pressure the quarterback (24 sacks, tied for second most). The Lions have ceded 17 sacks in just the past three games.

This has all the makings of a defensive battle on Sunday, which is honestly how both teams would probably prefer it. The Lions are 2-0 when the game total is under 40 points, while the Steelers are 4-1.

But the difference in this matchup seems to be the offenses. Detroit has yet to find an identity on that side of the ball, and hasn’t shown any kind of consistency in the running nor passing game.

The Steelers, on the other hand, know who they are. They’re a team that will force their running game down your throat and will wear you out. And with a weapon like Antonio Brown always looming, the passing game has the potential to be explosive at any time.

To win this game, the Lions are going to have to figure things out offensively for once. Jim Bob Cooter has had two full weeks to prepare for this game and will hopefully work out the many kinks in this offense. Developing the running game would be a good place to start, and with T.J. Lang likely returning to the lineup this week, there’s at least some reason for hope.

Pittsburgh Steelers scouting report: Can the Lions finally pick up a signature win?