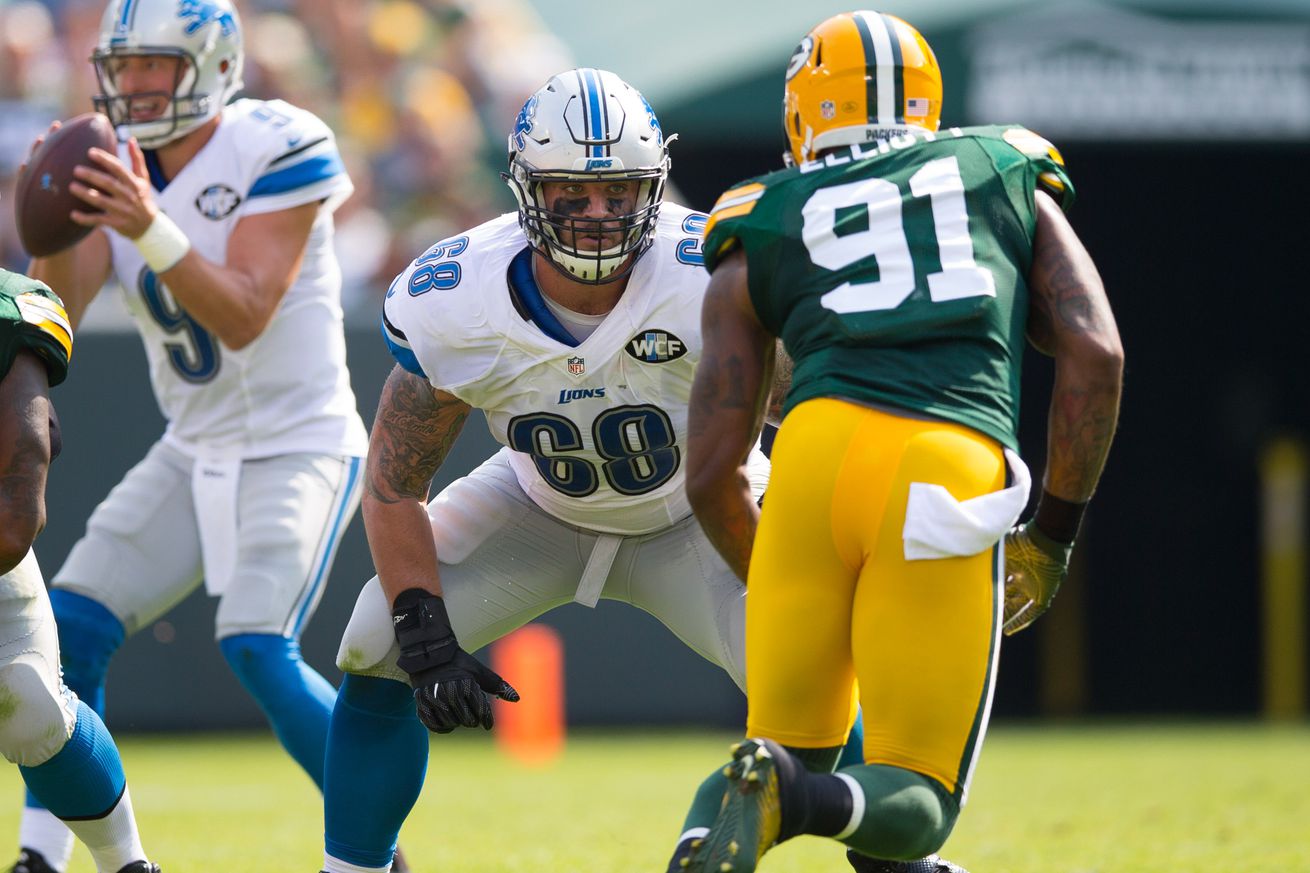 The Lions’ left tackle appears to be making good progress with his torn labrum.

When the Detroit Lions lost Taylor Decker to labrum surgery back in the offseason, it was a devastating blow to what looked like a much-improved offensive line. The Lions were forced to scramble to find a replacement and ended up plucking Greg Robinson from the Los Angeles Rams’ roster in exchange for a future sixth-round pick.

Decker was placed on the regular season Physically Unable to Perform (PUP) list to begin the year, meaning he won’t be eligible to return until Week 7—the Lions’ bye week. Since then, we haven’t heard anything about his progress or recovery from shoulder surgery which took place in June. The recovery time for such an injury usually takes anywhere between four and six months, leaving Lions fans wondering if Decker will return to the roster at all this year.

On Thursday, head coach Jim Caldwell may have finally offered some optimism for Decker’s 2017 potential. Caldwell was asked if Decker was “making good progress towards a mid-season return” to which he responded, “Yes.” He further elaborated, saying, “He’s making progress. Obviously, it’s still up to doctors and evaluations and all that kind of stuff.”

Though Caldwell was purposely vague in his response, it’s really the first sign that the Lions expect to see Decker return sometime this year. Back in late July, Caldwell said Decker was “making progress” and claimed “he’s on track,” but never really provided a timetable. Now that we know he’s lined up for a mid-season return, there’s a little more clarity.

Robinson, Decker’s replacement, has had his ups and downs through three weeks of the season. It’s clear at this point, however, that he’s nothing more than a temporary bandage on a big problem. “Greg has done a lot of nice things, Greg has not been perfect,” offensive coordinator Jim Bob Cooter admitted on Thursday. “He’s getting better and better.”

This post first appeared on Pride Of Detroit, A Detroit Lions Community, please read the originial post: here
People also like
5 Lions Megaways Slot – Pragmatic Play
Exclusive: Egyptian Fintech Startup NowPay Joins Y Combinator
How Online Games Can Help Hone Vital Business Skills
The parrot’s defense methods
The ‘Blob’ Anomaly and How We are Responsible for It
Worldbuilding For Fantasy Part 1 - Paranormal Detectives
10 COOL GADGETS YOU NEED TO SEE 2019
75+ Fun Things to do With Kids at Home (updated for self-isolation)
Metropolitan Museum’s Emperor’s Carpet
50 Christmas Quotes
21 Most Instagrammable Places In Peru {Top Peru Hidden Gems}
The Stories Behind 10 Rock Band Logos
What to Do If You Encounter a Mountain Lion