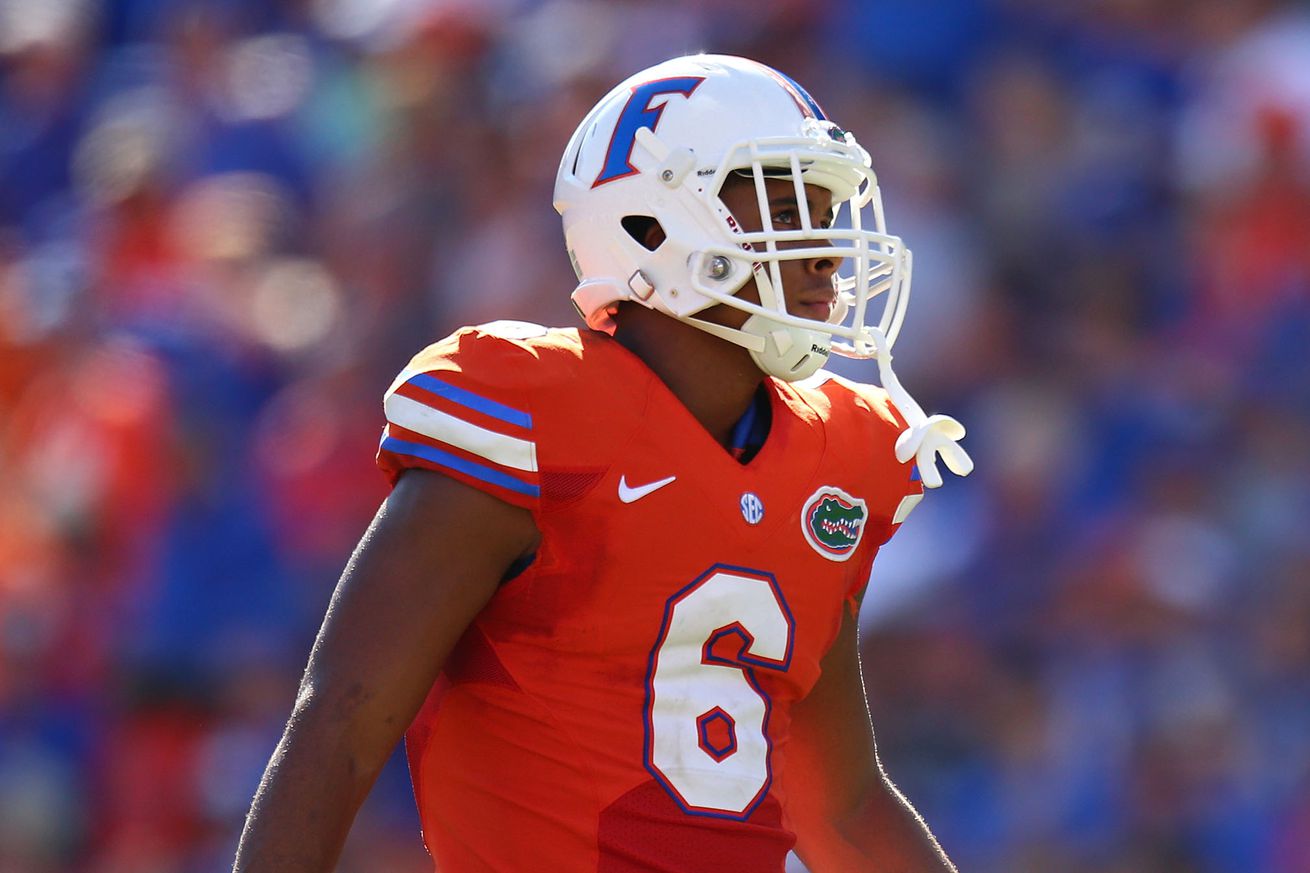 In wake of the Lions addressing a need by selecting LB Jarrad Davis, it’s time to take a look at how Day 2 could shake out for Detroit.

Thursday night was the first round of the 2017 NFL Draft, and it was one of the more unpredictable drafts in recent history with six trades made on Day 1.

Teams were quarterback hungry, or in the case of the Chicago Bears, starved. Both the Chiefs and Texans made huge leaps up the board to get their guy in Patrick Mahomes and Deshaun Watson, respectively. Corey Davis rowed his way into the top five, picked by the Tennessee Titans, Mike Williams went seventh overall to the Los Angeles Chargers and John Ross, maybe the most surprising of all, went No. 9 to the Bengals.

High-profile players with diluted samples, both Jabrill Peppers and Reuben Foster, found new teams before closing time. Gareon Conley went 24th overall to the Raiders after they had him take a polygraph test—which he passed.

With the run of offensive skill position players in the top ten, the Lions seemed poised to acquire a true difference maker on defense. Jamal Adams was never thought to be in the Lions’ crosshairs, but after Marshon Lattimore went to New Orleans at 11th overall, the board balanced itself out with six of the next nine picks coming on defense.

Detroit was faced with a tough decision choosing between Foster and Jarrad Davis at No. 21, but it’s hard to imagine they weren’t thrilled to find themselves in that position.

Detroit heads into Friday with two picks; one pick in the second round (53rd overall) and another in the third round (85th overall). With plenty of needs, let’s explore a Scenario or two for the Lions on Day 2.

Cornerback is one of the deepest positions this draft, but Sidney Jones’ Achilles injury and Gareon Conley’s alleged sexual assault thinned out the top of the class. Five cornerbacks total went in the first round on Thursday, but only two more came off the board before it was time for the Lions to make their pick at 53, and Quincy Wilson is the best corner available. He’s a name Lions fans should be thrilled to hear if he’s the pick.

What Wilson lacks in athleticism—relatively speaking—he more than makes up for in size and physicality. Since much of his value comes from being physical in press coverage along the line of scrimmage, it gives Teryl Austin an interesting wrinkle to what he can do in coverage. But if the Lions view him differently, everything about his game lends credence to the idea that he could transition to safety.

Carlos Henderson is an absolute dynamo with the ball in his hands, and Jim Bob Cooter would find plenty of ways to get it to him with space to create. After the catch, not many in this class are more explosive and elusive than Henderson:

Anquan Boldin’s indecisiveness leaves the Lions in a precarious spot. Don’t anticipate those 95 targets he received a year ago to be distributed amongst the players currently rostered; at some point in the draft, Detroit will draft someone to earn their slice of those opportunities.

Both Peppers and Taco Charlton heard their names called on Thursday night, but Wormley, to me, has the highest floor of any players coming out of the University of Michigan. For the Lions, he’s a player who can set the edge across from Ezekiel Ansah, but then also kick inside as a 3-technique to rush the quarterback on passing downs. His versatility and size are alluring for a team that could use a boost up front.

The longtime draft crush of many here at Pride Of Detroit, it came down to Kareem Hunt or Samaje Perine. Not sure you could go wrong with either player here, but Hunt’s contact balance, his ability to stay upright and his spin move are all things that make him something unique and dynamic:

Kareem Hunt displays balance and his burst after the spin move to evade a tackle in the backfield. pic.twitter.com/GtXRmYg6IY