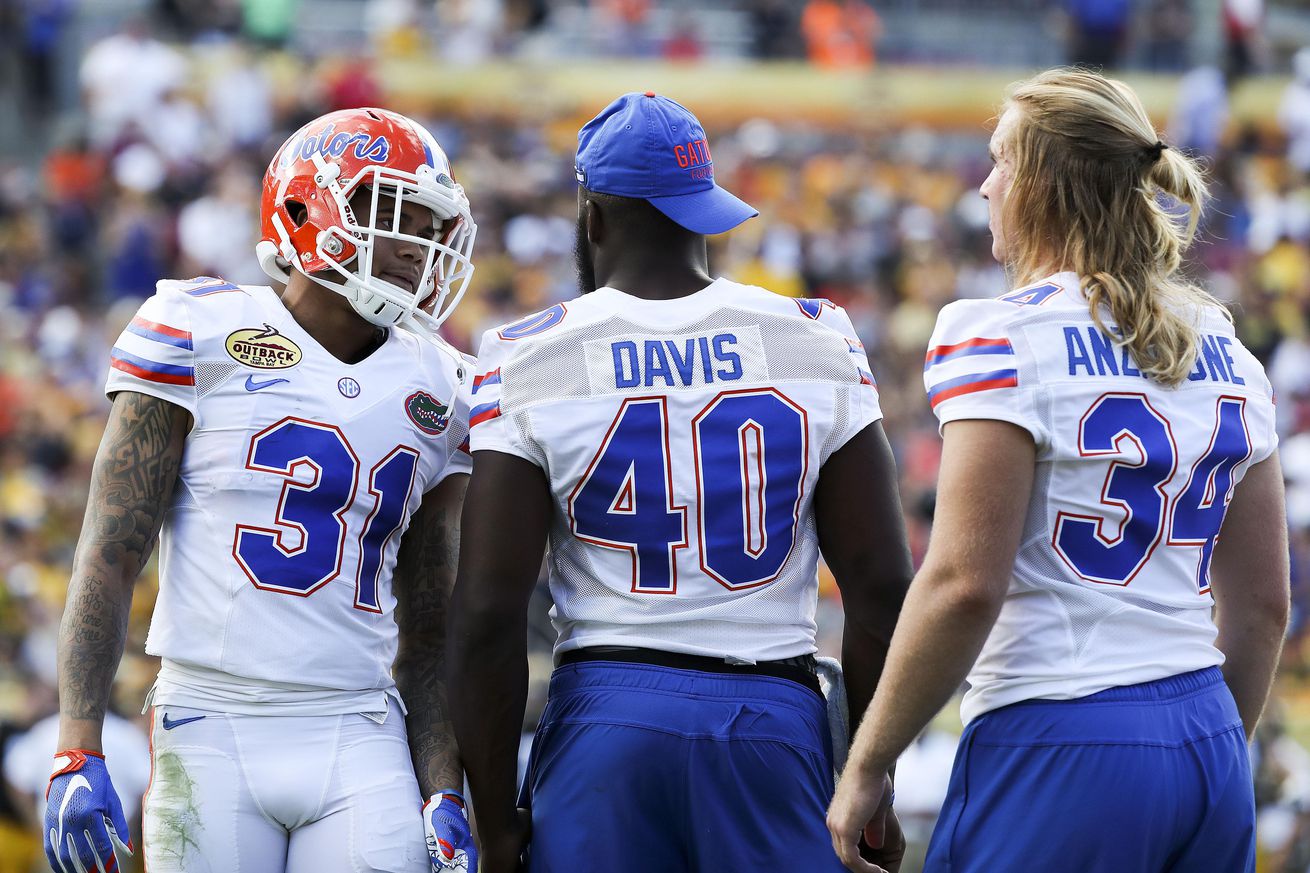 There’s a lot of reasons to like Detroit’s pick of Jarrad Davis. There’s also at least one reason to dislike it.

After the Detroit Lions make a selection in the NFL Draft, I try not to get too emotional. I am willing to accept that no matter how much research I do, I only have a fraction of the information available compared to all 32 NFL teams. That doesn’t mean that I blindly trust every pick ever made, but rather that I like to spend my energy trying to understand the pick rather than immediately condemning or glorifying the pick.

8 Places to Drink Coffee in KC that …
21 Most Instagrammable Places In Peru…
The Stories Behind 10 Rock Band Logos
GUN CONTROL - Blocked by the GOP, #45…
Tim Miller Discusses Terminator: Dark…

With that in mind, I wanted to explore what I liked about the Lions’ pick of Florida linebacker Jarrad Davis and what I wasn’t too thrilled with. It turns out I liked a lot more about the pick than I didn’t, so here are three reasons I loved the Davis pick, and one reason I didn’t.

Why I loved the Jarrad Davis pick

Since the Lions cut Stephen Tulloch in 2016, the Lions have been lacking a true heart of their defense. Both of the players that appear to be leaders on the defense—Glover Quin and Haloti Ngata—are both aging and somewhat soft-spoken.

“He’s a better person than he is a player and I think he’s a heck of a football player,” - Will Muschamp on Davis

With Davis, the Lions have their defensive captain for the future. Davis’ former high school coach spoke glowingly of the linebacker with the Detroit Free Press earlier this week:

His coach at Florida, Jim McElwain, was also quite fond of Davis. “Jarrad Davis is just one of those special guys,” McElwain said in this Fox Sports video. “A guy who is truly a team leader, a guy that the team respects, a guy that demands respect and commands respect.”

Even the coaches of his opponents respected the hell out of him. South Carolina’s Will Muschamp—who helped bring Davis to Florida before joining the Gamecocks—said, “He’s a better person than he is a player, and I think he’s a heck of a football player.”

The Lions allowed an NFL record 72.7 completion percentage in 2016, and a lot of that had to do with atrocious linebacker play.

Davis can come in and single-handedly turn that position around in 2017. His ability to stick to tight ends and receivers over the middle was unmatched by any other prospect in the draft. Just look:

The Lions’ defense was absolutely gashed over the middle of the field in 2016, but Detroit may not have to worry about that anymore.

With the 21st pick in the #NFLDraft, the Detroit Lions selected Florida LB Jarrad Davis.

Some will look at the Jarrad Davis pick and wonder why the Lions picked him so early. Just a few weeks ago, it seemed Davis was destined to fall to the second round. I do not agree with this take.

This draft was filled with undersized “tweener” linebackers, who are better fits as 4-3 defensive ends or 3-4 outside linebackers. Davis was a rare linebacker prospect who had the size and athleticism to play both linebacker positions in a 4-3 defense. Lions general manager Bob Quinn confirmed this on Thursday night. “He’s a guy that we feel can play MIKE and WILL,” Quinn said. “In college football a lot of linebackers are undersized. They’re playing at 215, 220 pounds. So to get NFL-size linebackers with the speed and athleticism and all the stuff that goes into evaluating linebackers, he stood out.”

ESPN’s Mel Kiper had Davis listed as his No. 1 inside linebacker prospect this year, CBS had him ranked only behind Reuben Foster, who also happened to be available when the Lions were choosing. But if the Lions are trying to find their quarterback on defense, give me the high character, low-risk pick over the checkered history of Foster.

If the Lions had passed on both of those players in the first round, they may not have been able to find a starting-level talent in the rest of the draft. Without a doubt, this was the appropriate time to take a potential middle linebacker.

Why I don’t love the pick

In his prime, DeAndre Levy’s best asset was his instincts. He would diagnose plays before they revealed themselves, and the result was a tackle for loss or a blown up screen.

I don’t see Davis with that same killer instinct. I see a player that is sometimes over-aggressive and sometimes too hesitant, struggling to find a happy medium between the two. On some plays he will just go for it, throwing all caution into the wind:

Do not watch unless you want the wind taken out of your Jarrad Davis sails: pic.twitter.com/aoOi9866Ms

But other times, he won’t trust himself and hesitate long enough to miss out on a TFL opportunity:

To me, this shows that Davis can get too ahead of himself at times, and after overrunning a play, he starts to second guess himself. One mistake leads to another, and suddenly Davis is waiting for the play to come to him.

“He still needs to improve his timing of breaks and reaction to play action.”

“He’s more of a see and chase type instead of diagnose while acting-MLB.”

The good news is that he’s in good hands in Detroit. Despite a rough 2016, Teryl Austin is still considered one of the best defensive minds in the league, and considering Davis’ high character, he’ll likely be able to absorb Austin’s scheme in a short amount of time.