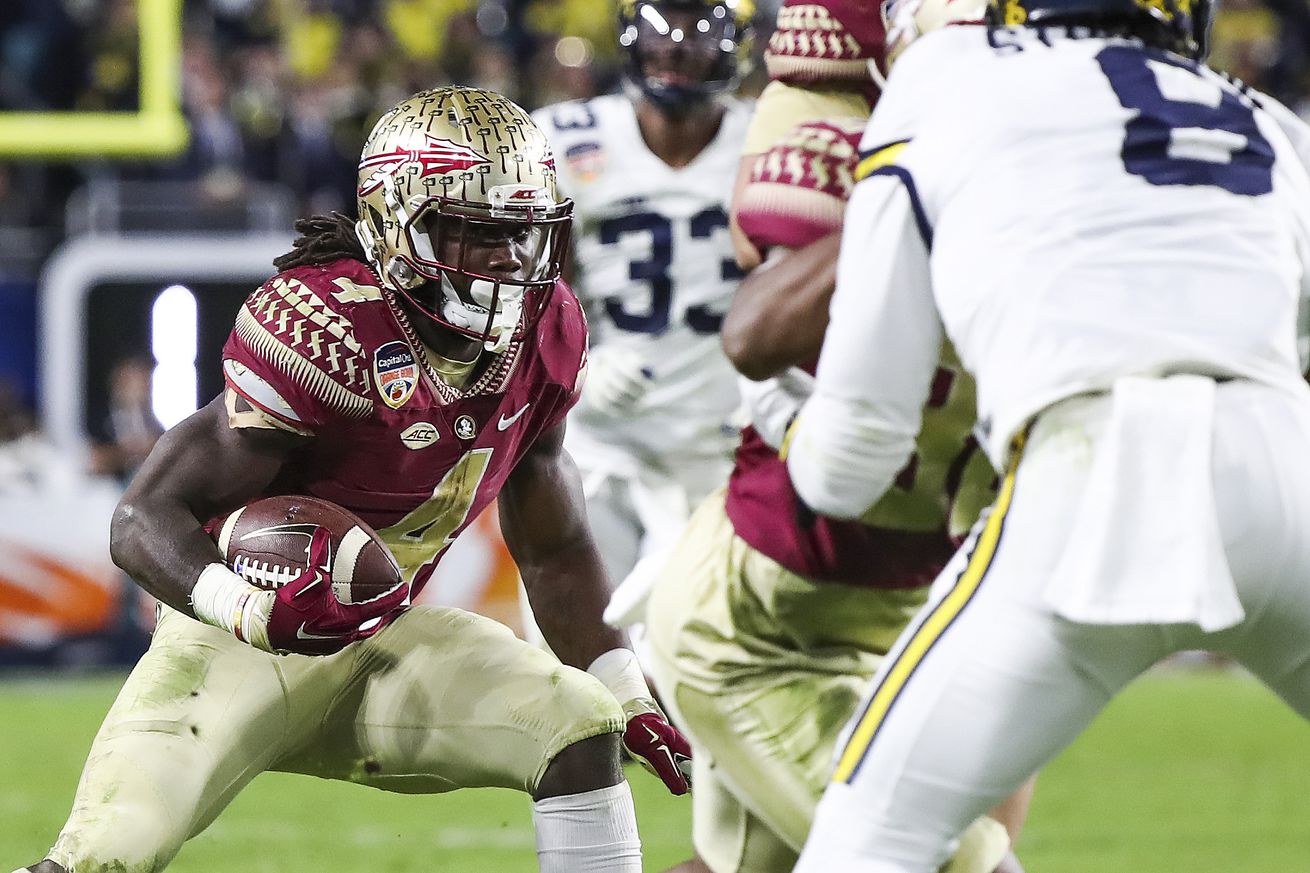 Every year someone falls in the draft and 2017 saw many big names slip to round 2.

In 2013, the Detroit Lions were mocked a certain defensive end early and often with the fifth overall pick. A promising college pass rusher at a large program, he would ultimately not hear his name called for the Detroit Lions in the first... or the second. I’m talking of course of Damontre Moore, whose poor combine and lackluster, sometimes opportunistic play saw him tumble and keep tumbling from first round consideration. It happens every year to several players and the 2017 NFL Draft was certainly not immune. So who fell, why, and where might they end up is what we’ll try to ascertain here.

As I guessed a while back, RBs with Dalvin Cook's athletic profile do not go in the 1st round. Only two since 1999 taken with such poor #RAS pic.twitter.com/ITlJEOLR5d

Since 1999, when measurement-tracking first started gaining public traction, there have been only two running backs drafted in the first round who measured poorly athletically (on an unrelated note, one of which, Cedric Benson, hated being drafted by the team that took him). Dalvin Cook was considered by some to be the top running back in this draft class, but in a year where two rushers went in the top 10 neither were Cook. Character and injury concerns further complicate teams’ interest in the former Seminole.

Who could draft him? Green Bay holds the 33rd overall pick and are a likely target if they don’t value Joe Mixon higher. If they pass on him, his next suitor could be the Jets at 39th overall.

According to @Saxyprince, Vikings tried to trade up to Seattle's pick to draft Forrest Lamp, but were outbid. Will see of they try again..

For some, Forrest Lamp has the best offensive line tape in this draft class. For most, however, this is the worst offensive line draft class in decades, possibly ever. So being the best lineman in this draft class is sort of akin to being the least smelly turd. That’s a bit harsh for a guy like Lamp, who is an Elite Athlete and has some very strong tape, but the relative weakness of this class overall is likely part of why he’s still available coming into Day 2.

Who could draft him? He’ll have a lot of suitors, teams are likely to try to trade to 33 and select him, because 34 to the Seahawks, 35 to the Jaguars, 37 to the Rams and 38 to the Chargers are all high probability picks.

*Breaking*
Alabama's Cam Robinson was sent back to hotel in Philly tonight after showing up for #NFLDraft a day early.#falsestart

It was a harsh day for offensive lineman as only two were drafted in the first round. Cam Robinson started the draft process as the top rated offensive tackle by many, but his star faded as questions about his character and injury history were never put to rest. Although Robinson is a fine athlete, he didn’t measure off the charts in Indianapolis like you want your top tier tackles to do, which further hurt his draft stock.

Who could draft him? Like Lamp, Robinson ought to have some early suitors. His issues may slide him further than Lamp, but not by much.

Despite his incredible athleticism, Obi Melifonwu failed to be selected in the 1st round of the #NFLDraft #RAS pic.twitter.com/jH735wVvGr

It isn’t often that a player with this much athleticism slides into the second round despite great college production, but questions about Obi Melifonwu’s readiness appear to be enough to see him into Day 2. There are no injury or character flags here, this is solely a tape thing.

Who could draft him? The Seahawks at 34 are a high probability, but if he isn’t taken by them it’s possible his slide continues much further.

We may have been a bit early to the Tyus Bowser hype train here at Pride Of Detroit, but the Houston DE/LB saw a swift rise in his draft status the closer to the draft we approached. He didn’t quite peak early enough, however, despite landing inside the top 25 on several national mocks and the elite athlete has to wait one more day.

Who could draft him? As a tweener, not everyone is going to value his traits, but the Rams at 37 are probably his floor.

Josh Jones: Overshadowed by other elite athletes like Peppers and Melifonwu, Jones should go early Day 2.

Zach Cunningham: An elite athlete with strong tape, Cunningham’s missed tackles must have been enough to push him to Day 2.

Tarell Basham: The Ohio product found his way onto first-round boards a bit late in the process, but was probably always slated for the second or third rounds.

Malik McDowell: Questions about his character worsened as the draft process went on and there’s no guarantee his slide doesn’t continue.

Carl Lawson: One of the most talented and polished pass rushers in this class, injury questions kept him out of the first.

Jordan Willis: PFF’s favorite pass rusher, Willis is an elite athlete who is likely to hear his name called prior to the 54th pick.

Taylor Moton: The WMU product deserved to have his name called Day 1, but will have to settle for Day 2. The Vikings, at pick 48, are likely his floor.