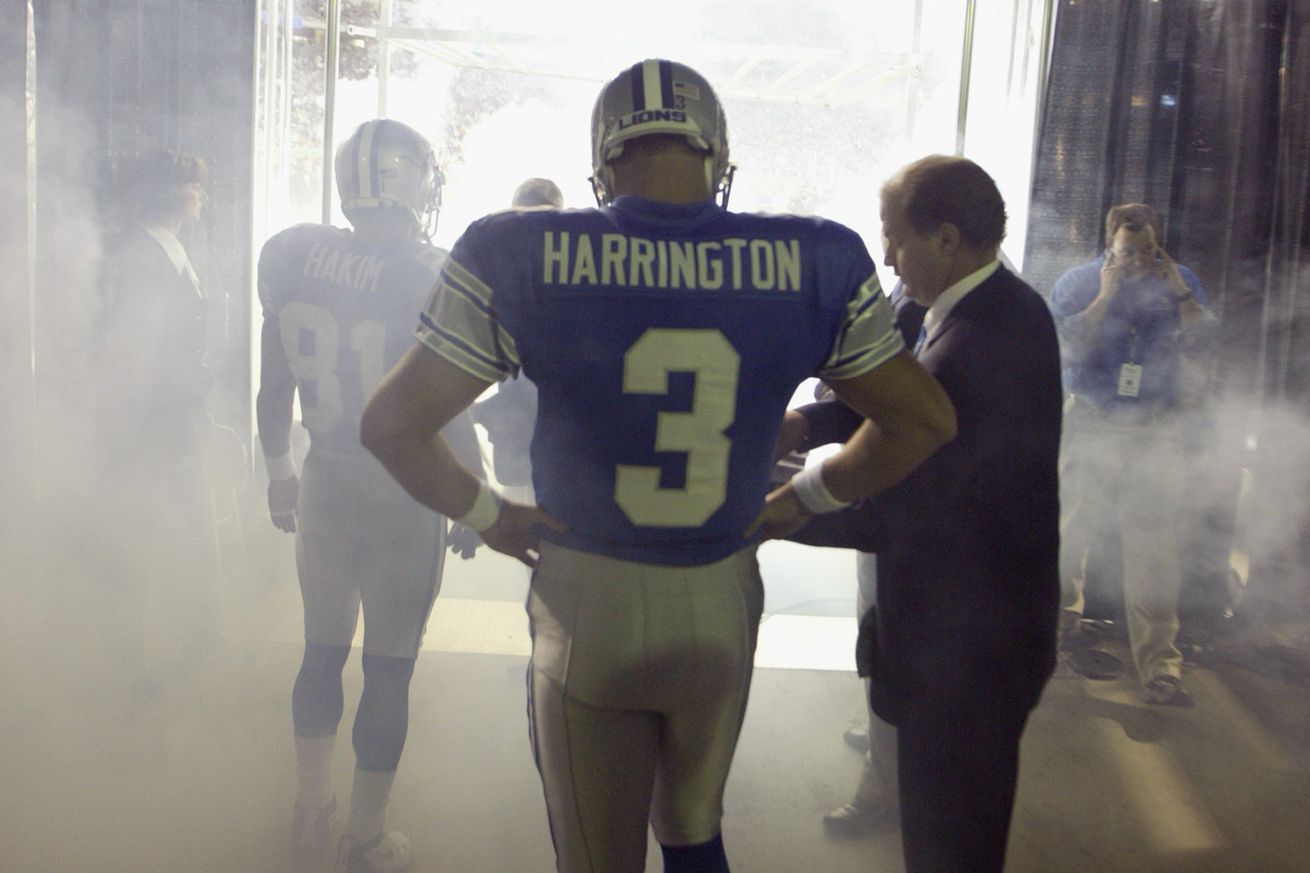 The former Lions GM tried—and failed—to move out of the third overall pick in 2002.

I’ll never forget being in the Cowboys draft room an hour before the draft started. Phone rang. Jerry Jones picked it up. Detroit GM Matt Millen on the line. Wanted an offer, any offer, for the third pick in the draft. Not enthusiastic about Joey Harrington, from the sound of the phone call. Jones didn’t want the pick, nor the quarterback. Harrington went third, to Detroit. Bad idea. Oh, my favorite player not picked in the 261-man draft: James Harrison.