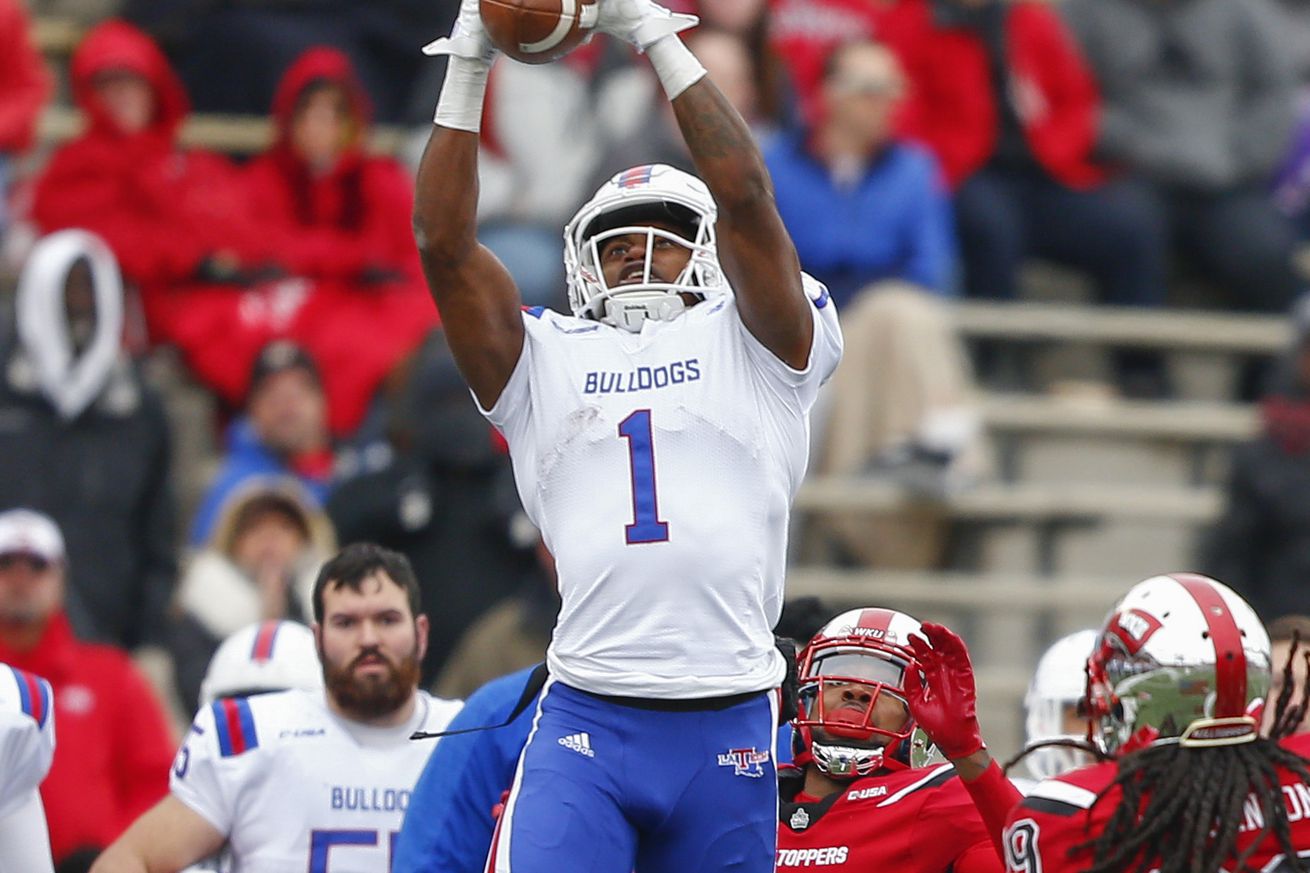 The team is meeting with players seemingly faster than we can report them, and this time it is offensive coordinator Jim Bob Cooter meeting with notable draft prospects. Cooter put the Louisiana Tech receiving pair of Carlos Henderson and Trent Taylor through drills at their pro day on March 21. Each are considered draftable prospects for different reasons and in different rounds, but seeing first hand how they might help this offense should give Cooter an idea whether they’re worth pounding the table for in a few weeks.

Each of these players are similarly undersized, though to varying degrees, and possess different traits that helped them win at LA Tech. Henderson posted surprisingly poor agility numbers, but his excellent explosion numbers are very apparent on tape, as is his elite first step off the line and good top end speed. Trent Taylor looks a lot faster on film and his elite agility numbers might be why that is. Both have a role as slot receivers in the NFL, though Henderson could probably work inside and out on Sundays.

Henderson put up an incredibly productive 82 catches for 1,535 yards and 19 touchdowns, in addition to 14 rushes for 133 yards and 2 scores. He had no shortage of work in LA Tech’s heavy passing offense and he more than doubled all of his statistics from the previous season. Henderson is a baller on tape and is expected to be off the board in the second or third round.

As good as Carlos Henderson’s season was, it was dwarfed by Trent Taylor’s. Posting 136 catches and 1,803 yards along with 12 touchdowns. Although he didn’t put up an impressive overall Relative Athletic Score (RAS), Taylor’s elite agility is immediately apparent on tape and translatable to the NFL game. If put in the slot on a team that utilizes that position heavily, Taylor could post Jarvis Landry numbers or better (though he wins in different ways) as a floor given his ability to change direction and break ankles.